2015 was a fantastic year for video games. There were so many great games vying for an opportunity to occupy your time. Personally, my backlog increased more than ever due to the influx of “games I just gotta play.”

There are always those games, however, that seem to fly under the radar. It’s not because they’re bad, but usually due to a lack of marketing or a poor release window. So, without further ado, here are some games you may have missed in 2015 that I thoroughly enjoyed. 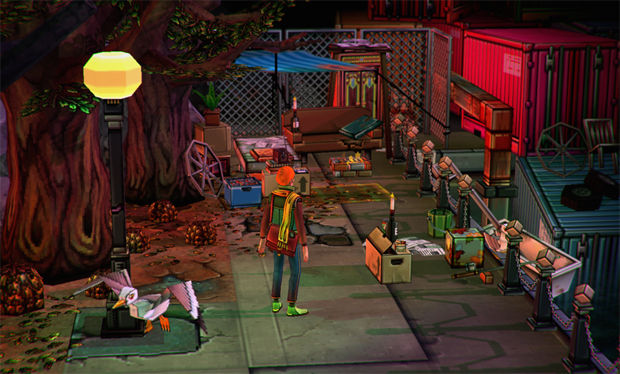 Alright, so this game is difficult to explain. At its core, it’s a lot like an adventure game. You click to move, interact with people using branching trees of dialogue, and have an inventory. However, the player gets an item early on that allows them to hack in to just about anything in the game’s world. This means that the player can change the code that operates various objects.

Allow me to give you an early example: the player is tasked with changing the code of a cup of coffee. Instead of making the coffee make a person more awake, it’s possible to change it so it makes them faster, more charismatic, and even smellier. This game slowly teaches the player how computer science language works, and that is absolutely brilliant. The fact all of this is integrated into the overarching plot just makes it that much more enjoyable. 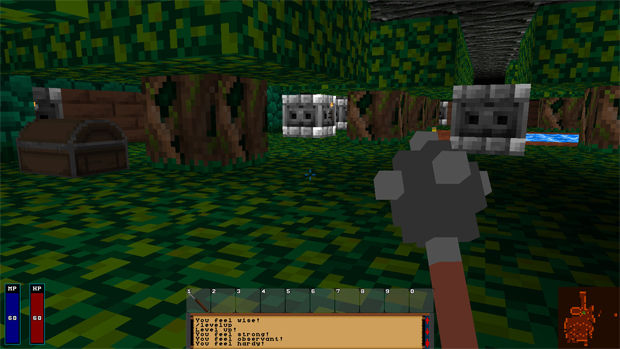 Please, don’t look at the screenshots of Barony and assume it’s a Minecraft knockoff. Yes, everything is cubes, but this is more NetHack than anything else. Okay, I’ve never played NetHack, but that’s what everyone else keeps saying, so I’m trusting them. It’s a very difficult first-person roguelike with online co-op. Players choose from a number of classes and go through various floors in order to, well, I’m not too sure.

Barony is incredibly difficult, and I’ve never made it too far, even with my buddies helping me out. But that being said, each romp I’ve taken through its worlds has been incredibly entertaining, with the random elements constantly keeping us on our toes. Just make sure you know how to find your IP and potentially open ports if you’re planning to play online. 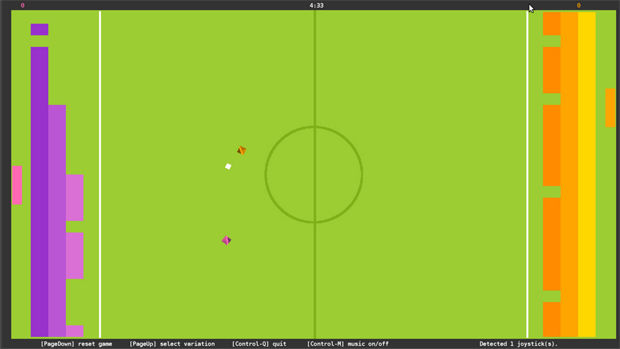 Developer David O’Toole has a history of making games I enjoy. 2x0ng and The Testament of the White Cypress both caught and held my attention in the past, and this year it’s his newest game in the “x0ng” series, 3x0ng.

This time, the game is head-to-head, as players attempt to throw a “squareball” at an opponent’s goal. The problem is, there’s a lot of colorful bricks in the way. The end result is part Breakout, part Pong, and part soccer. Things get intense very quickly, even against the CPU. This is definitely a game that needs to be added to your local multiplayer library. 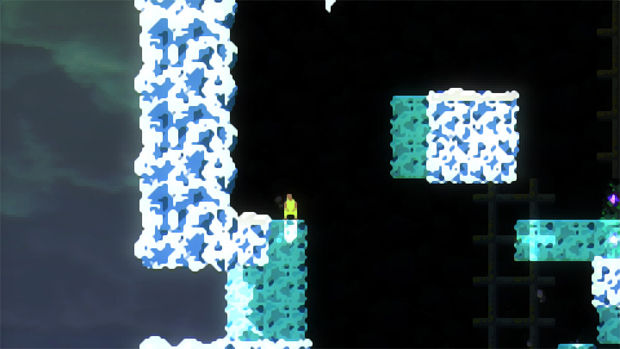 Think of this as reverse Spelunky. The object is simple enough: climb out of the tower by going up. In reality, it’s really freaking difficult. What I love about TowerClimb is how it demands patience and dedication from the player. Many Spelunky players zoom through the levels incredibly smoothly; not possible in TowerClimb. Moving up is a slow process, one that takes careful planning and no lapses in focus.

While it may come off as boring at first, those who take time to appreciate what TowerClimb is teaching will come away with a sense of pride. There are many great mechanics at play here, all intermingling so well together that many players may not even notice. Plus, it has multiplayer and you can jump off of other players’ heads to reach new heights! 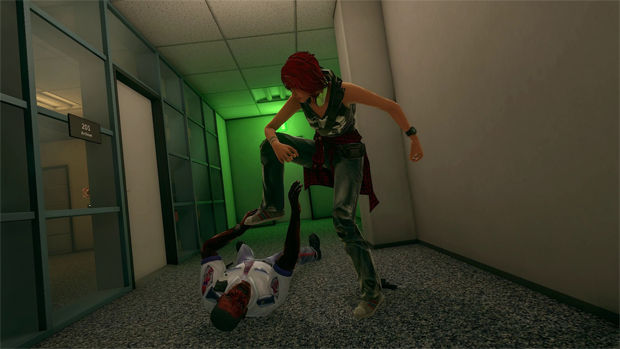 I’ve written about Clandestine plenty in my review, but I’ll reiterate a few points here. While it’s far from perfect, I haven’t experienced such a great story-driven cooperative game in a very long time. Laughing at the cutscenes is a great juxtaposition to intensely planning out our next mission and makes me appreciate each moment throughout the game.

It’s true asymmetric gameplay — the two players cooperating are doing completely different things, but both aiming to achieve the same objective. It forced us to think in different ways and more importantly, forced us to actually cooperate in a way that we haven’t since Left 4 Dead. 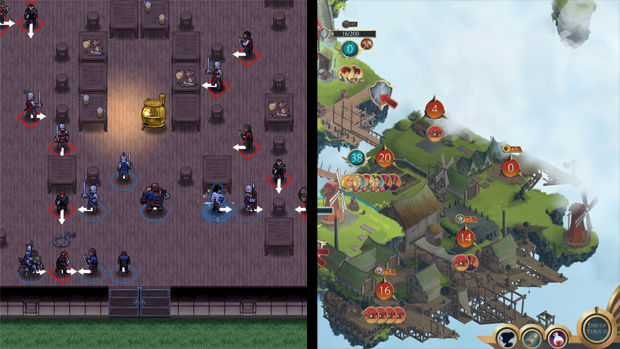 So, these are pretty different games, but I’ve lumped them together because they are both very difficult strategy RPGs. Seriously, I can’t beat either one of them. Really, I got through a few levels before my ass was devilishly handed to me on a silver platter by the AI.

Telepath Tactics is probably the closest thing to a Fire Emblem game available on PC, but it still introduces its own mechanics that make it stand out from the crowd. And yes, it does have a “casual” difficulty setting for anyone worried about never finishing it.

Highland has more going on than just its beautiful art style. It’s also an interesting take on the strategy RPG genre. It focuses on using the land as its own resource. The enemy will continually spawn on territories it owns, while players will continuously generate resources off their territory.

Both of these games challenge players to be at the top of their game, and both are great additions to the genre. 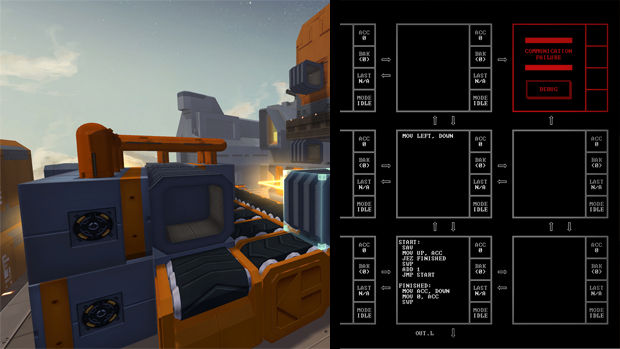 These are lumped together because they are both puzzle games by the same developer, Zachtronics, and they are both way too smart for me. These are the same people who made Spacechem, which is another brilliant puzzle game. Infinifactory tasks players to get blocks from point A to point B. Simple, right? Thing is, the blocks need to be arranged in a specific fashion, and oftentimes players need to use the 3D space and conveyor belts available to them in creative ways. It challenges spatial reasoning in ways that make me feel real dumb, and I love that.

TIS-100 is an entirely different beast. This teaching players to understand programming logic by forcing them to learn an entirely unique programming language. It also tasks players from getting things from point A to point B, except this time it employs things like integers. Players must order, multiply, and change data using the coding functions that the game permits. Just be warned: you must read the manual. It lists the functions and how they work, which is required to actually complete a level. 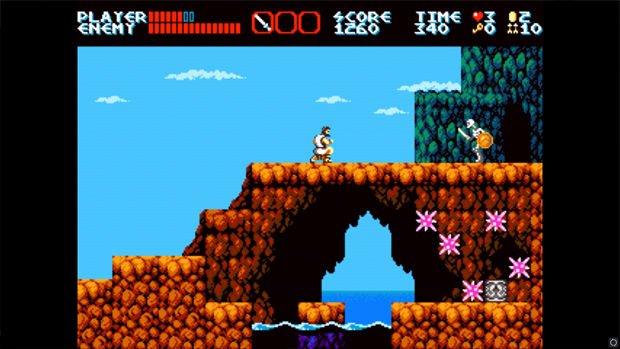 The Curse of Issyos
Available from: Developer’s website
Price: FREE

Ben has written about this game before, and now that it’s out, I’m reminding you to go get it! It’s old-school cool, and reminds me a lot of games like Castlevania or Ninja Gaiden. The difference is, I can actually do well at The Curse of Issyos. It’s definitely difficult, but not unbearably so. It does a great job, as many games do, of introducing enemies and obstacles to the player in ways that are harmless at first, only to really test their skills later on.

I love anything to do with Greek mythology, so naturally I adored Issyos. It’s not terribly long, but there’s a lot to love here, including a secret that can change the ending. It’s an old-school idea blended with more modern techniques that really shine, just like the sweet armor powerup! 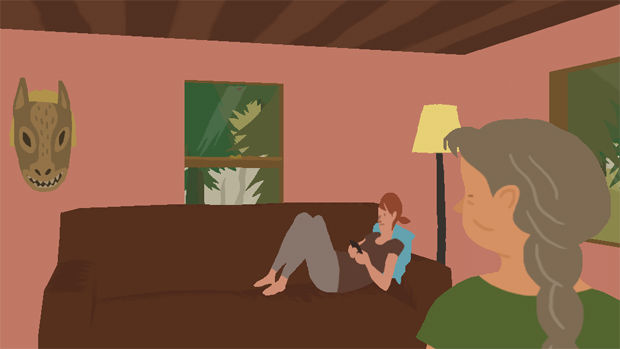 Little Party
Available from: Itch.io
Price: Pay what you want

This little game had a big impact on me. There’s not much to it: you play as a mom in a cabin in the woods while your daughter is throwing some sort of party. All players can do is move and interact, so it’s a bit like an adventure game. I found myself making a lot of assumptions about where things were going, only to find out that, damn, it’s not easy being a mother.

The aesthetic is beautiful and the music is a key component to the story, and delightfully so. It’s not very long, so please, go be a mom and make some guacamole for your daughter and her friends. It’s worth it.

As always, just because a game is “free” or “pay what you want,” don’t forget you can always donate to the developer if you enjoy their work! Good things deserve to be supported.