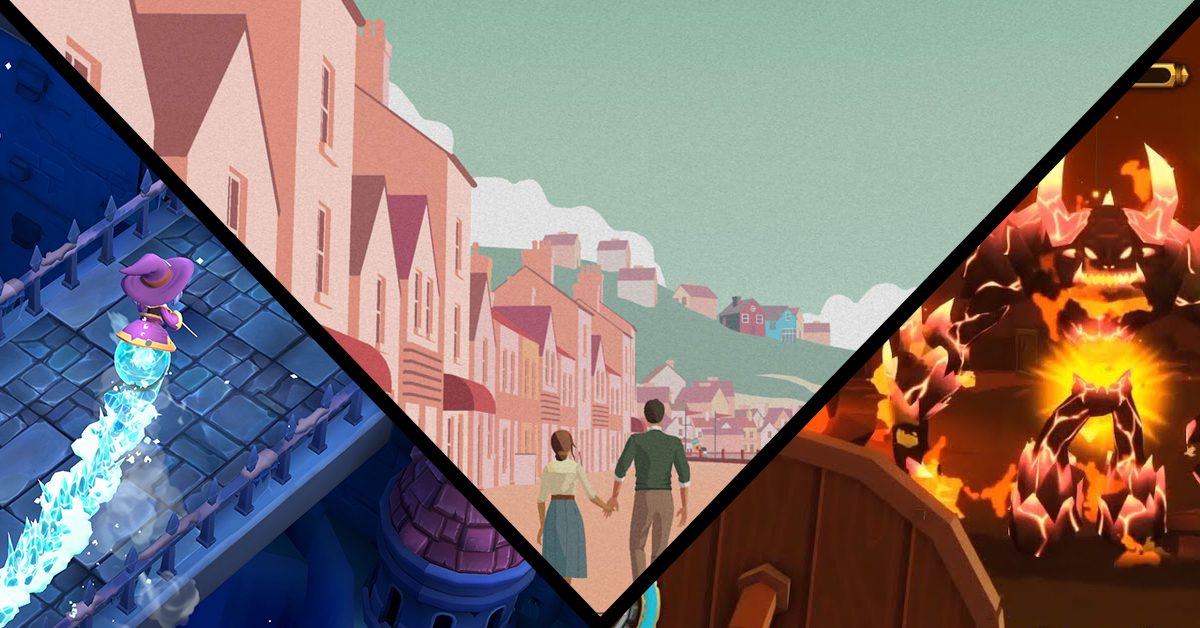 Oopsie, doopsie I muffed it up again

It’s been a while since we’ve had a nice, long discussion about Apple Arcade. I remember having high hopes for the service when it launched in 2019, and while enthusiasm around the service died down in the weeks following its debut, it actually maintained a steady stream of quality releases throughout 2020. A couple of them were covered, like Necrobarista, Crossy Castle Castle, and The Pathless. That’s a great trio of games, but there are several other notable titles that launched on the service last year that you should probably give a try if you haven’t already.

I’ll be straight with you: Towers of Everland is not the best example of a dungeon crawler you can find on iOS. The Legend of Grimrock was ported to mobile a few years ago, and it’s still one of the best RPGs you can find on the platform. That said, Everland has been drawing me back to my iPad every month since it launched in May. After I fell hard off The Elder Scrolls Blades last year, I was looking for another game that’d give me a nightly adventure before I go to sleep. This more or less fits the role. You can choose from four characters (City Guard, Rogue, Mage, Golem) or create your own, then get to task taking down monsters in the many towers that have sprouted up across the land.

The art direction is quite questionable and the combat is far too simple for it’s own good, but with daily quests and new areas added over the past year, it’s a pretty decent way to kill an hour before the ZzzQuil kicks in. Also, because it’s a grid-based dungeon crawler, it plays just as good with the touch screen as it does with a controller, which is precisely what I want from a game that I play in bed.

You can usually rely on Wayforward Technologies to support new platforms no matter how big or small it may be. It was one of the first developers to release a game for the Apple Watch and was there when Apple Arcade launched with the first half of Shantae and the Seven Sirens and Spidersaurs. This past September, it dropped its third title for the service with Marble Knights.

Up to four players can control a group of heroes who ride atop marbles as they try and defend the Kingdom of Roundingham from Lord Terroball.  Not exactly the deepest narrative to work with, but story aside, Marble Knights can be a frantic and fast-paced adventure game with some really clever ideas. The combat is easy to grasp, and the difficultly never really sees an increase, but with three other players, its old-school-arcade quality really starts to shine. It’s playable with the touch screen and tilt controls, but I had a much better go at it when I synced up my Xbox One controller.

The Last Campfire seemed to come and go quite quickly when it released on multiple platforms back in August. The short adventure-puzzle game features the crushingly adorable Ember as they journey through a mysterious labyrinth finding other embers that have lost their way before they can move on.

Depending on how much you get into the narrative and the excellent narration from Rachel August, it can be something of a tearjerker. It doesn’t help that all the embers you encounter in your journey are so damn adorable. The puzzles are cleverly designed throughout the five-hour adventure, and it’s often stunning with resplendent art direction that demands to be played on a big screen (though an iPad works just as well). The Last Campfire is an exceptionally imaginative game, and why shouldn’t it be. After all, the people who developed it are the same ones who gave us those cherish LostWinds titles back on the Nintendo Wii.

South of the Circle
Developer: State of Play Games

South of the Circle is actually the catalyst for this entire article. Over the Christmas weekend, as I was visiting my family, I found myself bored to tears as my dad watched an endless barrage of cop shows like Blue Bloods, NCIS: New Orleans, and Bones. I pulled out my iPad and found I still had South of the Circle downloaded and decided to give it a go. Three hours later, I sat there dumbfounded that I nearly missed playing one of the best games of last year.

This cinematic, narrative-driven adventure game puts you in the snow boots of Peter, a scientist who begins his journey in Antarctica in 1964. His plane has crashed and the pilot’s leg is broken, forcing the somewhat nebbish Peter to brave the freezing temperatures in search of help. A red light in the distance beckons to him, and as he searches for someone who can help, he experiences moments from his past, showing his life during the Cold War and his relationship with his soulmate, Clara.

There is so much more to the narrative, but I really don’t want to spoil it. Like many other story-driven “walking simulators,” it means a lot more when you experience it yourself. South of the Circle is the exact type of game I want to see on this service, and I can only hope this year gives Apple Arcade as many gems as it got in 2020.