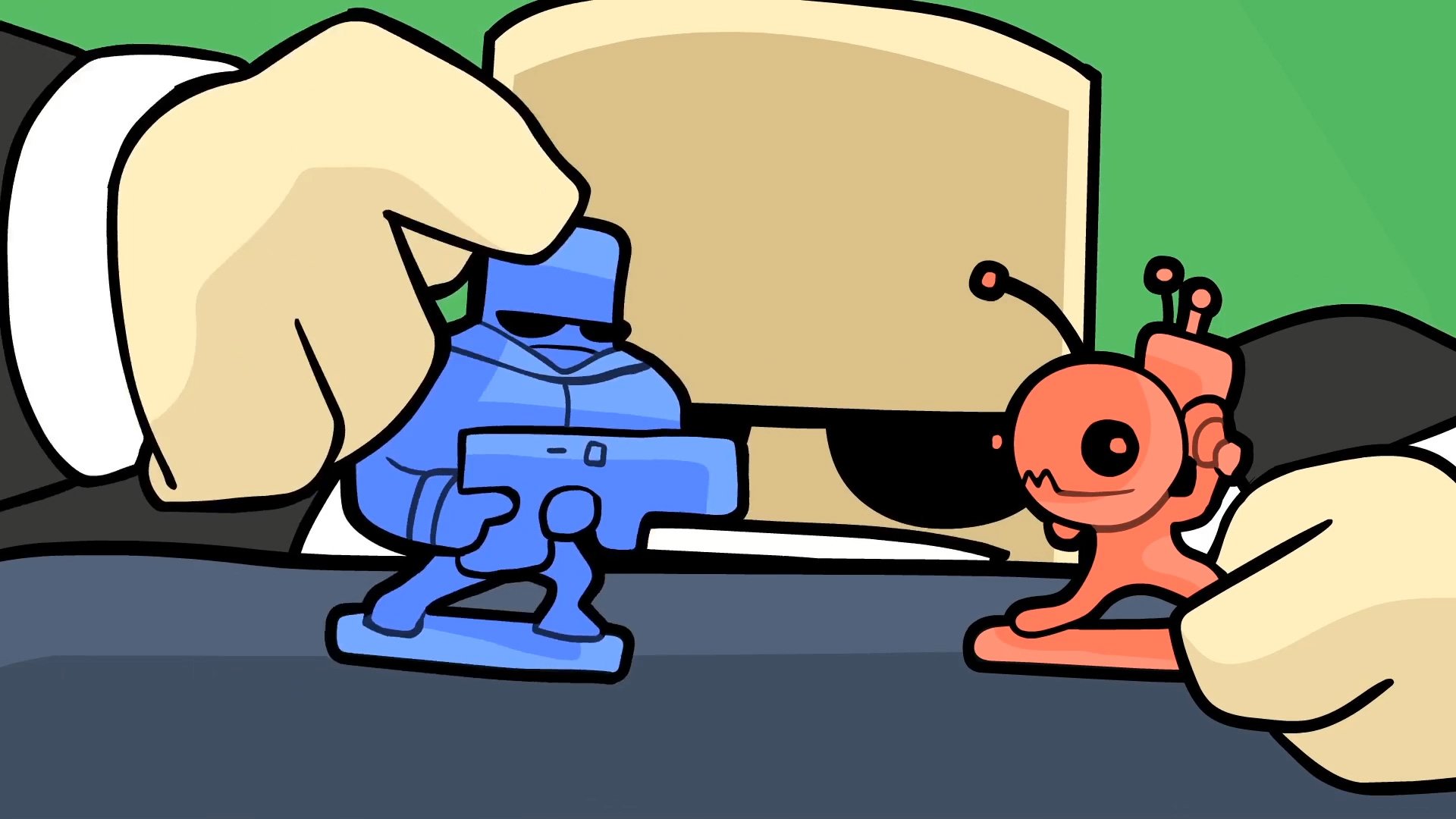 ‘Vastly different’ from the original

On a live stream this evening, The Behemoth announced Game 5, and I’m pleasantly surprised. The team behind Castle Crashers and BattleBlock Theater is going all the way back to its roots.

The studio has been working on Alien Hominid Invasion over the “past 15 months or so.” It’s not a “remaster” or a “remake,” and it has solo and co-op support, but that’s all we learned from the stream.

Rest assured, the YouTube trailer summary calls Invasion an “arcade shooter,” so it won’t be unrecognizable. The Behemoth also added a little more about the project on Twitter, writing, “This reinvention of Alien Hominid HD will feature new gameplay, progression, mechanics, and more.”

Players will get their first hands-on opportunity in a matter of weeks at PAX East 2020 in Boston.

People are going to be upset that The Behemoth went with Alien Hominid Invasion over Castle Crashers 2, but it’s been 15 years. I can see why Dan Paladin and co. would want to go back. Alien Hominid rules.

The creators have famously shied away from sequels, so I’m sure they had a great reason for returning.