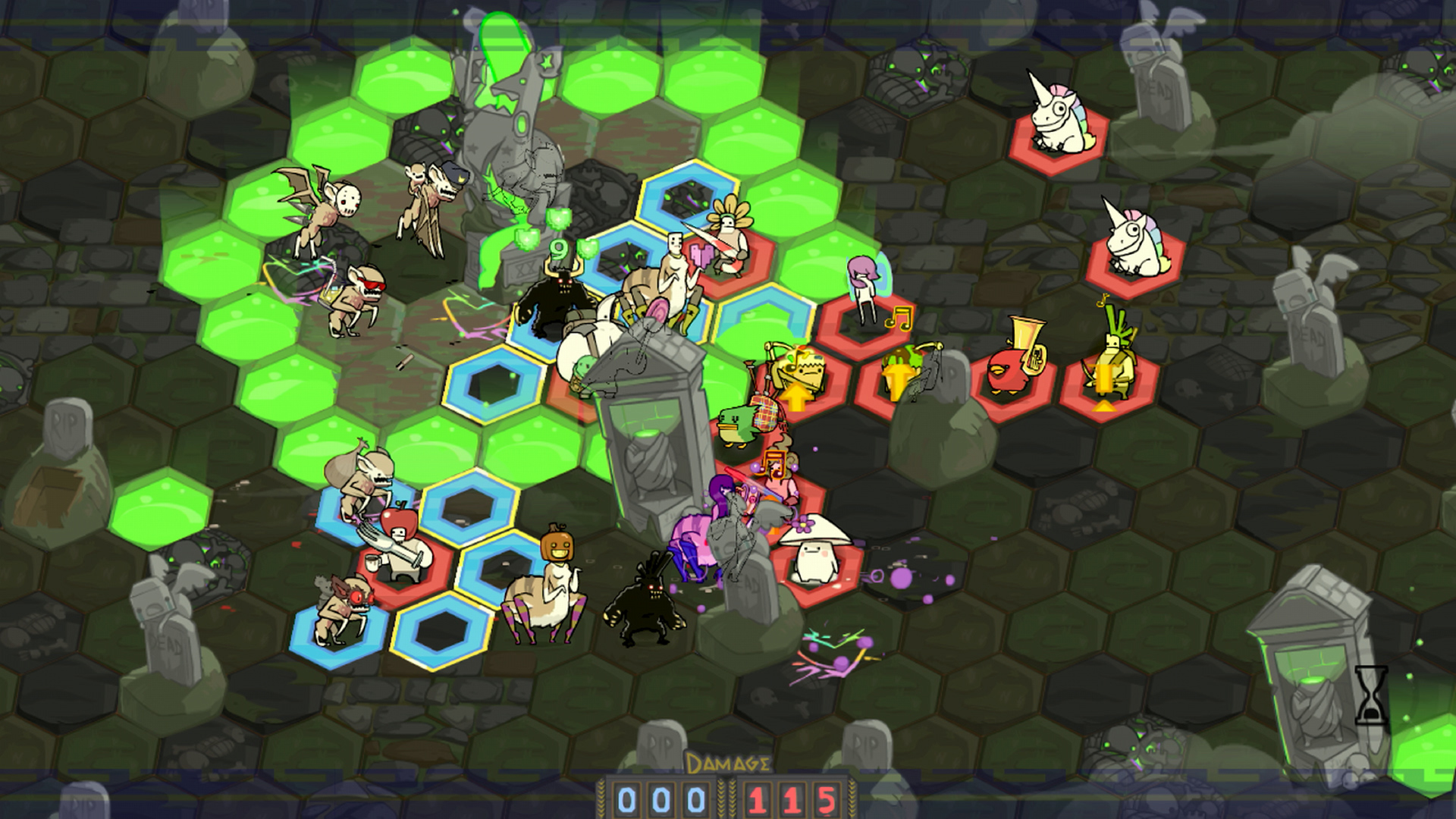 Castle Crashers and BattleBlock Theater creator The Behemoth has been testing its upcoming weird-as-heck turn-based strategy game, Pit People, with a closed beta. Try it yet?

If not, the floodgates will open soon enough. There’s a Steam Early Access and Xbox One Game Preview launch planned for January 13, 2017. Here’s a bit about the current state of development:

“The Pit People Early Access experience will include a sizeable chunk of the Story mission, plus access to several world maps (yes, there are more than one!), quests, Unfair Challenge against the AI, and Versus mode. The game can be experienced as a single player or two-player cooperative mode. Additionally, versus can be played with up to 4 people in 2v2. All multiplayer modes can be played locally or online!

We’ll be continuing development throughout Early Access which means things like more quests, collectible items, story missions, world maps and other polish will be worked on.”

I’ve played Pit People at a couple expos over the years (remember when it was just “Game 4”?), and it has proven itself delightfully mad thanks to its out-there character designs and crazed narrator.

The full release will cost $20, but this work-in-progress build is set at $15. The Behemoth expects Pit People to stay in Early Access for “no longer than a year and no shorter than a couple months.”