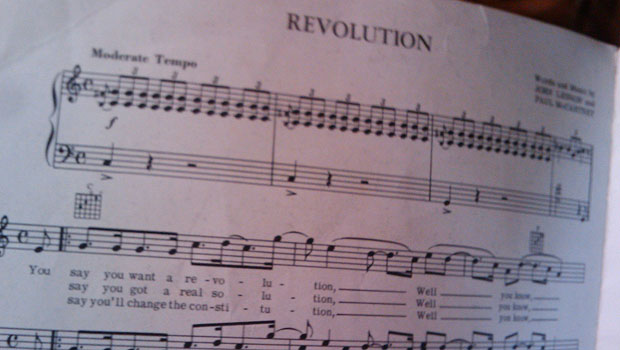 In an interview with Billboard, Dhani Harrison — son of Beatle George Harrison — spills a few beans on the upcoming The Beatles: Rock Band game. Mainly that it will contain “new” material, or as he puts it, “stuff that has never been heard, never released.”

Harrison, a member of thenewno2 whose first album releases on March 31, has been instrumental in making The Beatles: Rock Band a reality.

“I took the project to Apple and sort of convinced everybody to have a presentation,” he said.

He says the project has been in the making for two years, calling it “historically accurate,” “a real headache,” but the “most enjoyable work” he’s ever done. We just hope we enjoy playing it.

The Beatles: Rock Band is set for a September 9 release.