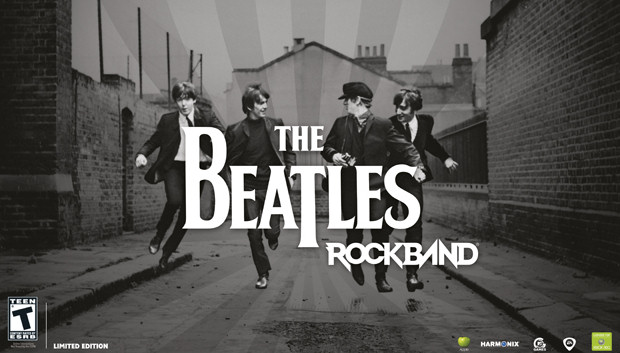 Evil publisher Activision recently claimed that Guitar Hero 5 outsold MTV Games’ The Beatles: Rock Band and maintained its dominance in the music game genre. However, it looks like Activision may have told an evil lie, because the NPD results have come in and a Rock Band title appears to have finally bested a Guitar Hero game.

Rock Band is hailed by our own Nick Chester as a superior product to Guitar Hero, and there’s no denying that Activision and Red Octane have essentially been copying everything Harmonix does with the series. However, with a little help from The Beatles, it seems that Harmonix is in the driving seat, with the puppetry of John Lennon’s corpse proving more popular than the puppetry of Kurt Cobain’s.

The challenge of course will be if Rock Band can now ride this momentum to thoroughly displace Guitar Hero as the leading music game. The Beatles is what won people over more than the quality of the game itself, so we’ll have to wait until the next round of games before seeing if that quality has kept people sticking around.

What do you think? Will Guitar Hero‘s deep pockets and mainstream name allow it to push Rock Band back down, or has this foothold given EA and Harmonix the boost they need to become the kings of music?

New York, NY – October 19, 2009 – Apple Corps, Ltd., MTV Games and Harmonix, the world’s leading developer of music-based games and a part of Viacom’s MTV Networks (NYSE: VIA, VIA.B), today announced The Beatles™: Rock Band™ debuted as the top selling music video game in the U.S. for September.  Released simultaneously with the digitally re-mastered Beatles CD catalogue on September 9, 2009, the critically acclaimed game was also the #2 selling title across all genres by revenue in the U.S for the month of September.  In addition, over 100K downloads of “All You Need Is Love” were sold in September.  The charity single was released exclusively through Xbox LIVE® online entertainment network for a limited time with All Apple Corps Ltd, MTV Games, Harmonix and Microsoft proceeds benefitting Doctors Without Borders/Médecins Sans Frontières (MSF).

“We’ve heard countless stories about how The Beatles: Rock Band has inspired and brought friends, families and even complete strangers together,” stated Scott Guthrie, EVP and President, MTV Games.  “The overwhelmingly positive reaction by music fans, hardcore gamers, critics, retailers, young and old alike, has been extremely gratifying.  The game was a labor of love for the teams at Apple Corps, MTV Games and Harmonix and seeing it resonate across generations the world over is truly priceless.”

·         “The Beatles: Rock Band is nothing less than a cultural watershed … It may be the most important video game yet made” – NY Times

The Beatles: Rock Band Limited Edition Bundle is available for a limited time.  MTV Games and Harmonix have now completed production of these bundles and no more will be manufactured.

Available now for Xbox 360® video game and entertainment system from Microsoft, PLAYSTATION®3 computer entertainment system and Wii™ console from Nintendo in North America, Europe, Australia, New Zealand and other territories, The Beatles: Rock Band allows fans to pick up the guitar, bass, mic or drums and experience The Beatles’ extraordinary catalogue of music through gameplay that takes players on a journey through the legacy and evolution of the band’s legendary career. Additionally, for the first time in a music videogame, The Beatles: Rock Band introduces three-part vocal harmonies to gameplay, allowing gamers to revel in the unparalleled vocal stylings of The Beatles.

The Beatles: Rock Band features 45 songs on-disc representing a cross-section of hits and favorites that span The Beatles’ storied career.  Additional music from The Beatles’ epic catalogue will be made available for purchase and download through The Beatles: Rock Band Music Store. Abbey Road will be released on October 20, 2009, followed by the release of Sgt. Pepper’s Lonely Hearts Club Band in November and Rubber Soul in December.

The game is compatible with all Rock Band™ instrument controllers, as well as most Guitar Hero® and other authorized third party music video game peripherals and microphones.

The Beatles: Rock Band marks the first time that Apple Corps, along with EMI Music, Sony/ATV Music Publishing, Harrisongs Ltd and Startling Music Ltd has presented The Beatles music in an interactive video game format. The Beatles: Rock Band is published by MTV Games and developed by Harmonix, the world’s premier music video game company and creators of the best-selling Rock Band. Electronic Arts Inc. (NASDAQ: ERTS) is serving as distribution partner for the game. In addition, Giles Martin, co-producer of The Beatles innovative LOVE album project, provided his expertise and served as Music Producer for this groundbreaking Beatles project.

The Beatles: Rock Band is rated “T” for Teen with the descriptors “Mild Lyrics” and “Tobacco Reference” by the ESRB.