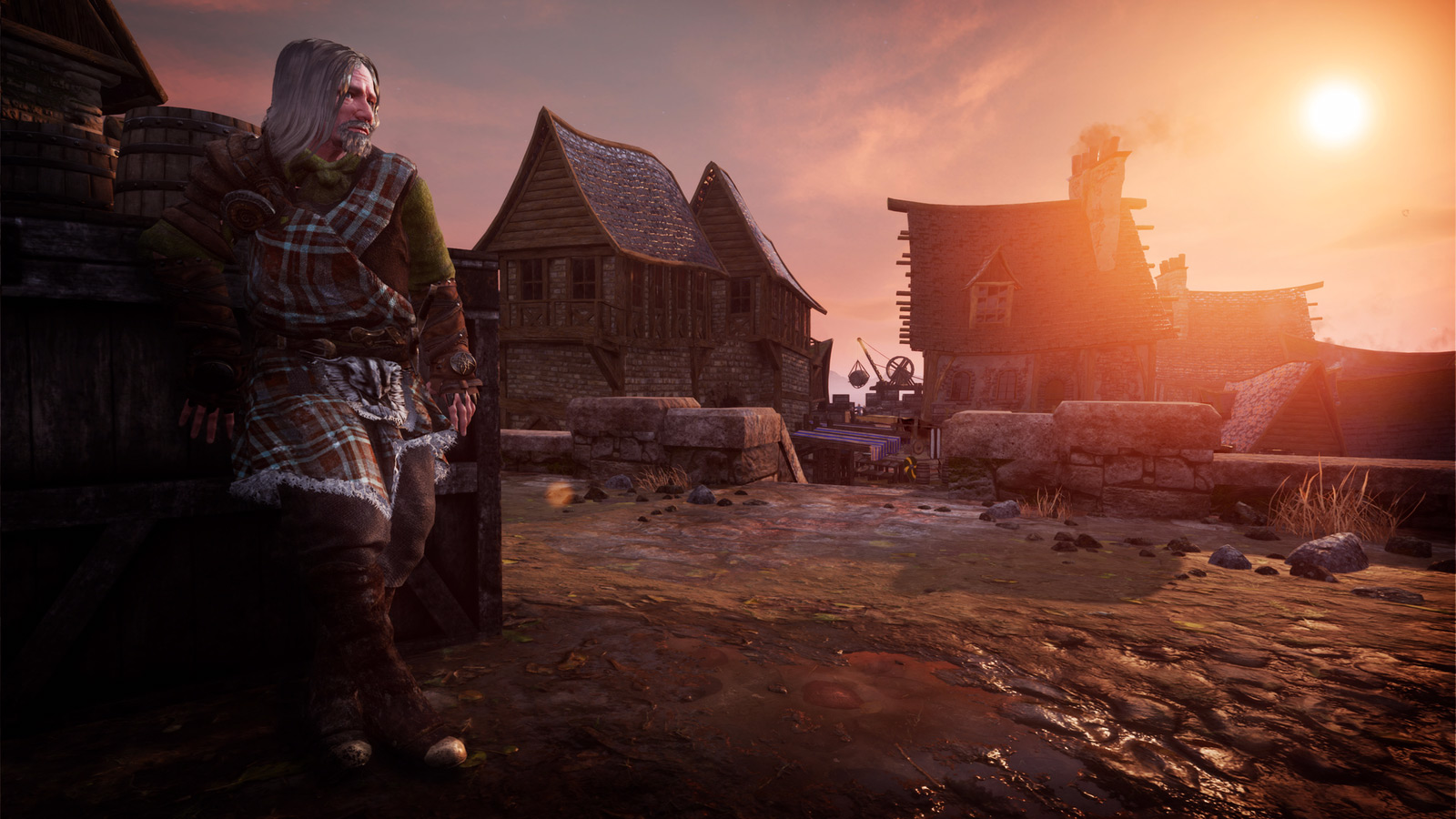 Crowdfunding backer demo is out today

InXile Entertainment is one of a few companies to take to crowdfunding like a fish to water. It’s been around since 2004 when it developed its first game, The Bard’s Tale, an action-adventure title that shares a name with the classic RPG series but none of the characters and locations. The title was decently reviewed, but not exactly a monster seller.  It wasn’t until the developer turned to Kickstarter to fund a sequel to the 1988 open-world RPG Wasteland that it found its niche. With team members on board who worked on those classic EA games, the company would make its mark giving fans sequels to these long-lost classics.

Wasteland 2 was a massive hit for the company. It raised more than $3 million through Kickstarter and Paypal, was eventually ported to consoles and will soon find another release on Nintendo Switch. Its follow-up, the crowdfunded Torment: Tides of Numenera, saw similar success though it missed its expected release date by a country mile. The company is now hard at work on Wasteland 3, funded through Fig this time around, and a project that is an absolute dream game for lead designer David Rogers, The Bard’s Tale IV: Barrows Deep.

The Bard’s Tale franchise is as old as I am. Developer Interplay Productions knocked out the original trilogy in rather short order, releasing the final game, Thief of Fate, in 1988. By the time I got into computer gaming, the series was a relic of the past. 30 years is a very long time to go without getting a new entry, but with a team of dedicated developers, the Unreal Engine 4, and Rogers at the helm, this series is set to return in a way that’ll please new and old fans alike.

“The story picks up 150 years past the end of The Bard’s Tale III so it really gives us a chance to reintroduce the world, the lore, and the backstory to first-time gamers,” he explained. “But fans of the old games will realize we used the map of Skara Brae from those games to make Lower Skara Brae. (Editors note: In Barrows Deep, the new Skara Brae is built on top of old Skara Brae, New New York style.) The dungeon you play in the demo is the Cellars of Kylearan’s Tower, which is one of the first dungeons you played in the original game. Harkyn’s Castle is still there, you can still do the 99 Berzerkers Fight. We hit all those little hallmarks and landmarks of the original game and made sure to put them in there so it feels like home; like you’re seeing Skara Brae as you never seen it before.”

At a hands-on and inteview session in San Francisco, Rogers gave me a guided tour of the first part of a new demo for the game. Because this is my first time in Skara Brae, I wasn’t quite sure how to compare it to the city of old. Obviously, a game made in 2018 is going to look a hell of a lot better than one made in 1985, but inXile has really gone all-out in designing this decrepit world with Unreal Engine 4. The city, both above and below ground, looks absolutely stunning; like a tourist destination that’s slightly off from a place you’d find in the real world.

“We took a trip over to Scotland to take shots for photogrammetry and for reference on the buildings and the world,” Rogers said. “We even went to Mary’s Kings Close, which is built very similar to Skara Brae underground. We tried our best to mimic the Scottish aesthetic as much as we could but also, we didn’t want to make it feel like Earth or just like how Scotland actually is, so we warped things around and made it really bizarre.”

The game has been in development for more than two years. While it’s being made to feel like a natural extension of the original trilogy, Barrows Deep finds influence in other games that have come since. Take the Ancient Luck Stones for instance. Found throughout the world, these are stones players can bind to, making it a save point they can respawn from, or consume for experience at the cost of deleting it from the game forever. It’s a concept that reminds me of the Shovel Knight save-point system, a comparison Rogers completely agreed with.

The Ancient Luck Stones are just a few of the clever developments Rogers and team are making with The Bard’s Tale IV, but their main objective is to mesh story with the genre in ways not seen before.

“We’re really trying to innovate the dungeon crawler genre,” Rogers explained. “Games like Legend of Grimrock, while being awesome, they dump you on an island and there’s no character development because there is virtually no story. It’s just ‘Uh, go do dungeon stuff.’ It’s cool, but that’s all it is. We have a full cast of fully voiced characters, a wholly original soundtrack, a really rich story that we reinforce at every angle in different ways, and the character progression is just so deep.”

Barrows Deep‘s rich story is explored through world building and character dialog, both with non-playable characters and among party members. Team members will chat during downtime, asking each other questions that expand on their backstories, and not every NPC will take kindly to your crew as a handful of the citizens who populate this world come preprogrammed with prejudices against some of the races.

That will be better explored when the full game launches later this year. The demo releasing today is around five hours long, something Rogers considers a “sliver” of the full package. The final product will be around 30 hours long, though Rogers admits he might be underestimating that. However long the final product ends up being, the scope of it is being made possible in great part due to the last game the development team worked on.

“The game I worked before this is The Mage’s Tale which is our VR game. It’s set in the same world so we could explore the art style and some of the dungeon assets we share from one game to another. We are able to make this game as big as we can because we were able to build The Mage’s Tale first.”

Wrapping up our session, I asked Rogers if he has any plans for a Bard’s Tale V. He said without a doubt and so long as there is demand from the audience, he and inXile will be there to meet their needs.

“There were a group of fans who clearly put their money where their mouth is and said ‘We want this game.’ I think it’s pretty easy to see there is no game like it. It’s one of a kind and I love developing original games. This is a blast to work on and people have been clamoring for a game like this. We said we wanted to bring back The Bard’s Tale and we want to really modernize the dungeon crawler. $1.5 million worth of people said ‘yes please do’ and so here we are. It’s nice to be able to make a game and know that people want it because they already said they did.”

The Bard’s Tale IV: Barrows Deep will launch for PC on September 18, 2018, for $39.99. Mac, Linux, PlayStation 4, and Xbox One ports are expected to arrive before the end of the year. Today’s beta is available to Kickstarter backers as well as those who preorder either the Platinum or Ultimate edition of the game.