Barring a couple of control confusions

Kyle plunged into the icy depths of The Banner Saga almost, aw jeez, exactly two years ago. Somehow I never took that same jump, even though vikings, strategy RPGs, and Oregon Trail all put together in a neat little box is My Kinda Thing.

Now that it’s on consoles, I’ve finally taken a stab at leading too many people too far across a land that’s much too wide on PS4. 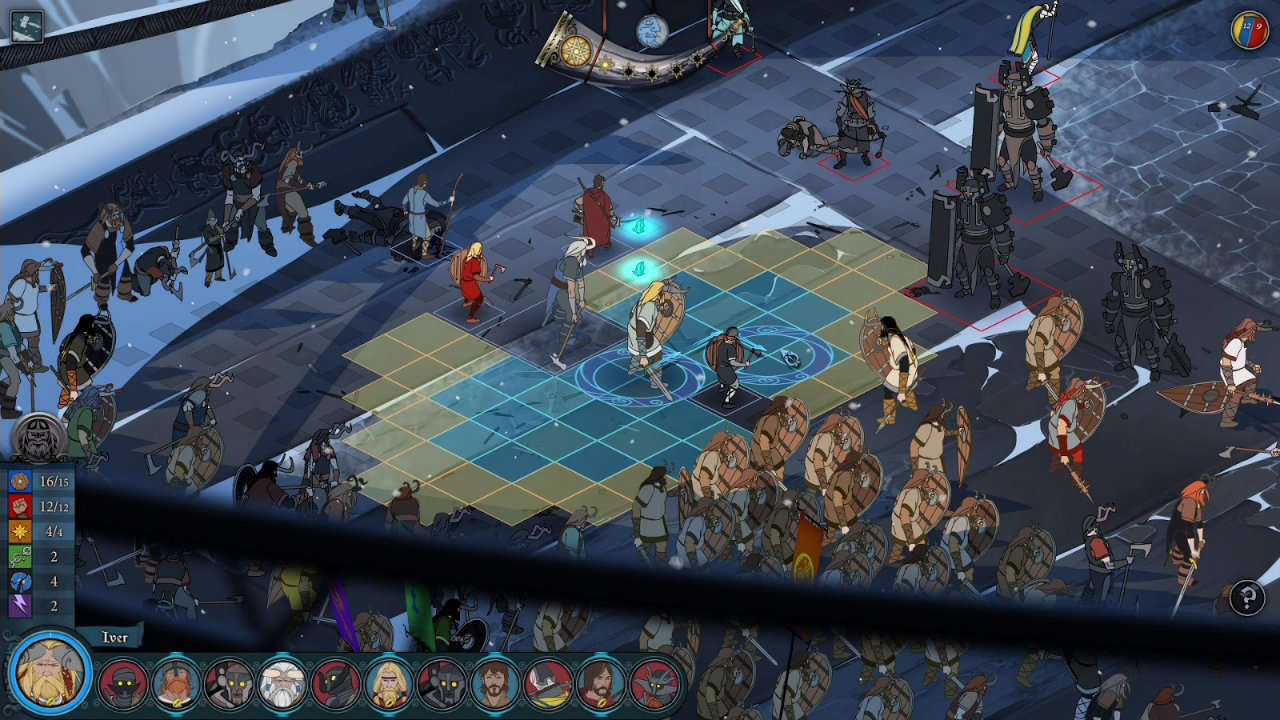 As far as the basic mechanics go, I’ll refer you back to Kyle’s review. I agree with just about everything he said, from the oftentimes plodding pacing (which, while narratively appropriate, can be a slog in battle) to the stunning Disney-esque visuals. It’s hard to get a sense of just how fantastic it looks from just a static picture on the Internet. For one reason or another, the PlayStation 4 renders the game at a nice 60 frames-per-second during conversations and travel, but the frame rate dips occasionally while in battle. It’s not a deal breaker at all, but it was noticeable over the seven or so hours I played the game.

Load times are often, and just long enough to serve as a deterrent from playing long sessions. Since you’ll often be checking on your heroes’ tent to level them up, and going to the market to scrounge up supplies for your weary forces, you’ll be seeing these loading screens very often. They’re not intolerable, but it starts to feel like a punishment for doing something as simple as checking your map (which is amazingly detailed, by the way).

The only other issue is controlling your vikings and varl (giants, for you non-Banner-knowing folk) takes some getting used to. Knowing when you should be using the directional pad versus the analog stick is not immediately apparent. When using varl, positioning your units can be a chore since they take up four spaces on the grid. I acclimated eventually, but I do wish there was an option to choose which input did what. Aside from this small complaint, the port translates well to a gamepad.

These are all minor issues and should not deter you from playing one of the freshest strategy RPGs I’ve played in some time. The Banner Saga is all about the weight of responsibility and the hard decisions that you’re forced to make when the masses are depending on you. I look forward to seeing the rest of this cold winter, and I’m glad I got a chance to play it before the sequel arrives.