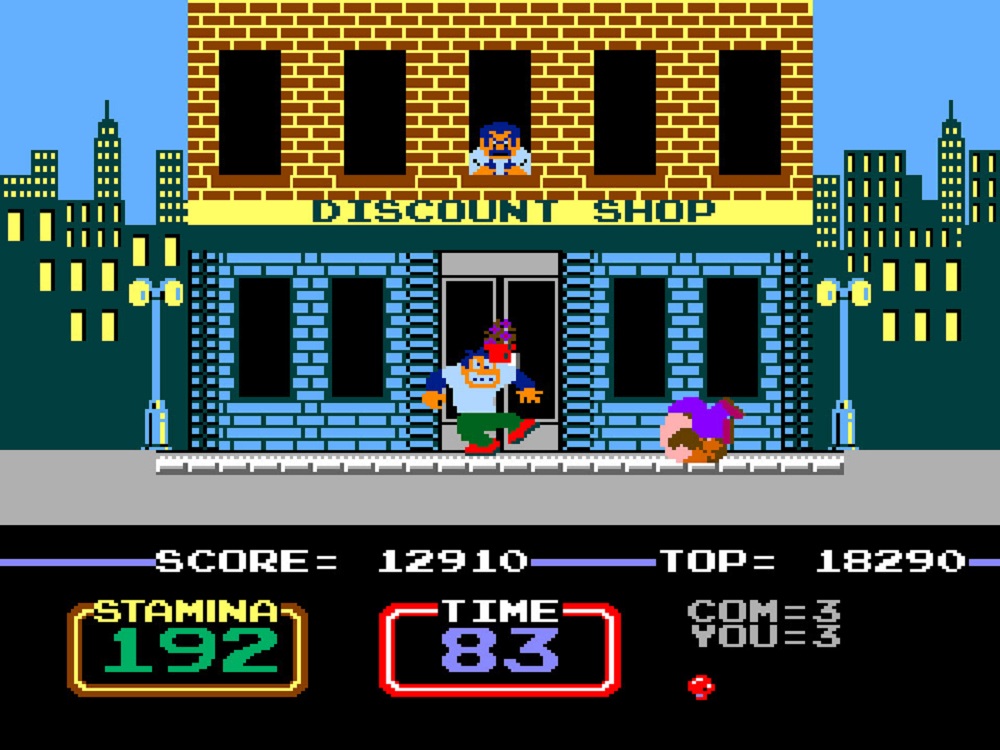 Ok, I get it, sometimes you have to think in context. Well, I don’t need to ‘cos I lived it, man, and that’s why an eyebrow raises when I hear Urban Champion is available to purchase for eight bucks on Nintendo Switch.

Originally released back in 1984 on the humble NES, Urban Champion was an upgrade of sorts to Game & Watch title Boxing, sort of a Super Boxing II Turbo, if you will. In Urban Champion, the player is engaged in an extended street fight with an almost identical opponent. The aim is to knock them into the right-hand side of the screen, whereupon the screen scrolls along to the next part of the street and the fight continues.

It’s terrible. With no fluidity, unresponsive controls, and repetitive gameplay, Urban Champion was crappy then and today holds zero interest for the modern gamer, outside of being picked up for completionists’ sake. My dedication to Hamster’s re-releases here on Destructoid is clear, but I still stand by the fact that they need to start adjusting prices to account for particularly ancient (or awful) games.

To put it another way, for the same price you can buy Urban Champion or Garou: Mark of the Wolves.