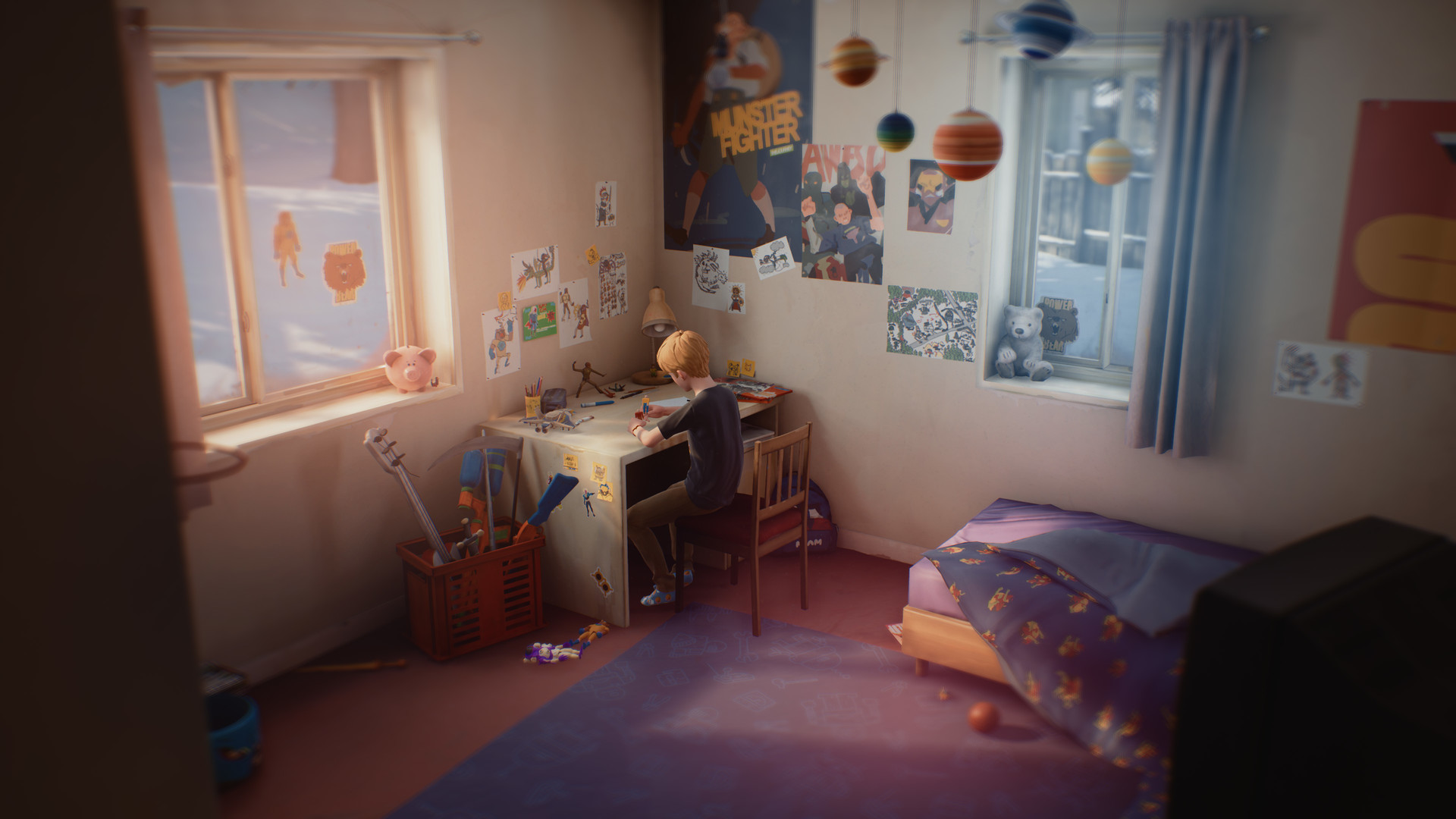 Dad switched from beer to whiskey immediately after breakfast. Things aren’t going great. It’s never explicitly stated, but there seems to be a dead mother in the mix. Dad’s spirits aren’t high, they’re in the tumbler. Drain and flood, again and again.

Captain Spirit (or “Chris” when he’s not donning superhero garb) finds escapism somewhere more appropriate for a nine-year-old. In a fantasy world where a water heater becomes the fearsome monster Water Eater, Captain Spirit controls his own destiny. We all cope in our own ways.

The Awesome Adventures of Captain Spirit is the new bite-size narrative piece from Dontnod Entertainment. It’s a two-hour game that looks to be mostly self-contained. It serves a larger purpose, though. Captain Spirit will be the first introduction to Life is Strange 2, which will be formally revealed in the coming months.

How strongly Captain Spirit is tied to Life is Strange 2 is something of a mystery. In our E3 demo, a Dontnod developer told us there would be “hints and clues” as to the story of the sequel. But don’t expect more Max and Chloe; we’ve been told time and time again that arc has ended. However, our presentation showed Captain Spirit finding a letter from the Blackwell Academy principal, which lends significant credence to the notion that this is also set in Arcadia Bay.

This is Captain Spirit’s story though, and it’s an imaginatively delightful one. Chris commits to the bit every waking second of his Saturday. He makes plans to find some hidden treasure. He notes that an evil snowman needs to be defeated sooner rather than later. He launches an attack on dad by firing some foam darts; dad reciprocates in kind by becoming a super zombie.

It’s a lot of innocent daydreaming, but it’s all tempered by the sad underlying themes of tragedy and coping. On its face, this should be imaginative childhood antics at their finest. Given the context of a fractured family life, there’s a raincloud over all the adventures Captain Spirit gets into. It’s a necessary distraction. It’s enough to make you mutter “Poor little guy” over and over again.

The Awesome Adventures of Captain Spirit releases on June 26 for free on PC, PS4, and Xbox One. It’s meant as a unique way to introduce newcomers to the stylings of Life is Strange. Don’t discount it because of its demo-like nature, though. It might be just as emotionally evocative as Life is Strange‘s five episodes. Anything that happens in Arcadia Bay has potential to be a real tearjerker.