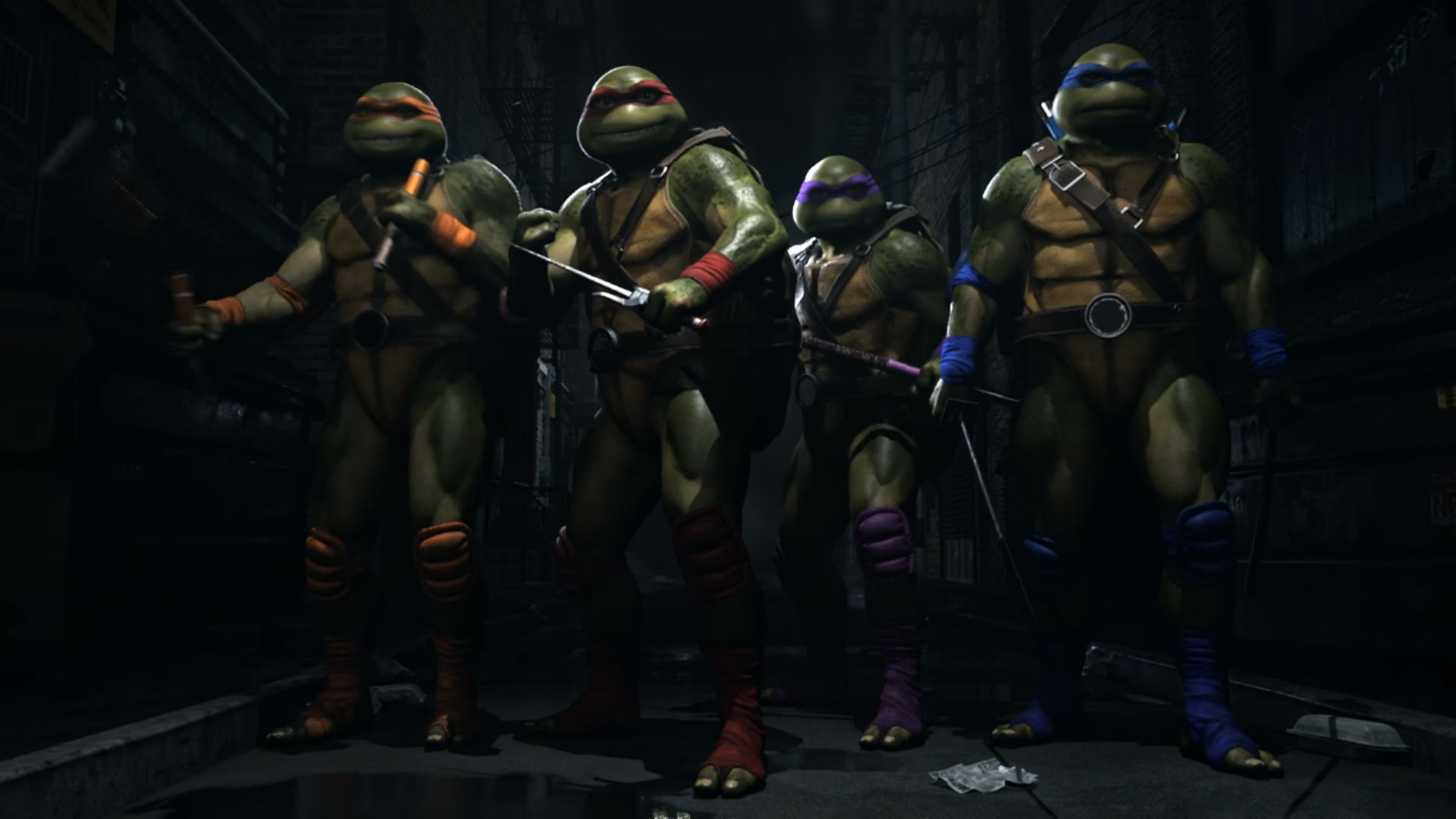 Crossovers in a half-shell

With as much teasing Ed Boon tends to do, it’s crazy how no one guessed the final guest character in Injustice 2‘s third wave of DLC would be the friggin’ Teenage Mutant Ninja Turtles.

Being the trailer for the last (as of now) wave of DLC, this one’s a little more involved than the other CG ones. It confirms Atom (who we’ve seen previously), Enchantress (semi-fresh off of Suicide Squad fame), and the turtle teens. I’m curious as to whether or not they’ll play as a team (as mentioned here) or if each turtle is a variation of the gear for a base model turtle. Either way, this is crazy and I can’t wait for it.