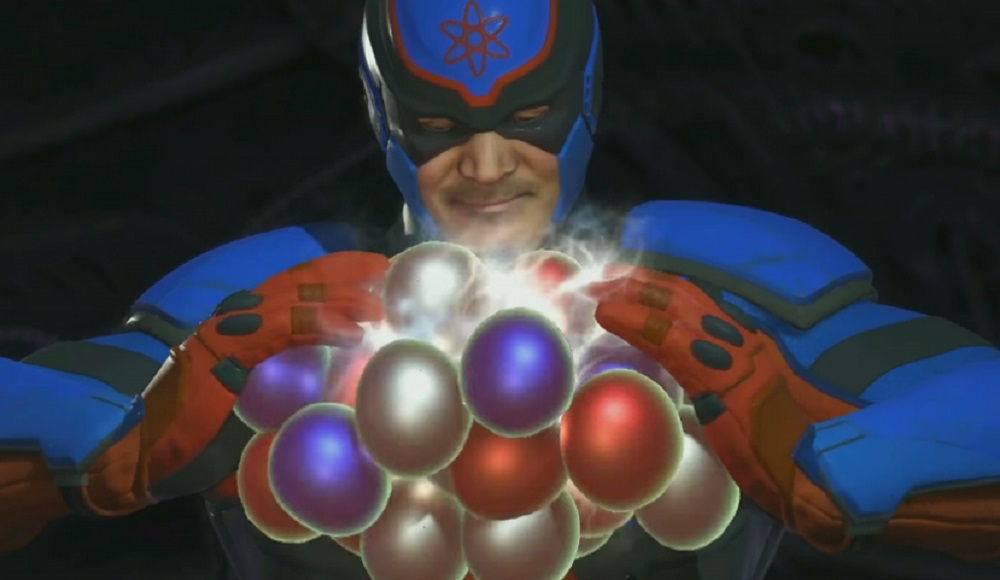 NetherRealm Studios have unleashed The Atom on their DC Comics fighter, Injustice 2. Atom is the first character from the Fighter Pack #3 DLC, to be followed by Enchantress and the Teenage Mutant Hero Turtles at a later date.

The Atom, alias Dr. Ray Palmer, is an molecular physicist who has mastered the ability to grow and shrink at will, a power he himself developed using discarded star matter that landed on Earth. In Injustice 2, The Atom uses his multiple forms for both attack and defence, allowing for devastating damage and swift maneuverability.

Of all the characters in the fighter so far, Atom looks like the one that was the most fun to develop, his pint-sized combos and attacks make for very amusing viewing. Being an egghead (not to be confused with Vincent Price’s Batman villain), Ray also has access to various chemicals and gadgets to aid his trans-formative abilities.

The Atom is available now a part of Fighter Pack #3 or as one of the multitude of Special Editions of Injustice 2. He will likely become available as a solo purchase next week