It seems that a lot of people really enjoyed this month’s episode of Once Upon a Pixel, which makes me incredibly happy because it’s a combination of two of my earliest loves: videogames and educational books. If you haven’t seen it yet, it’s right over here. It’s got lots of familiar robots, couplets and letters! It’s great for both young and old, and it doesn’t hurt if you’re a Mega Man fan, either.

Now that it’s been out for a week or so, it’s time to take a look at the art and creative processes behind the creation of the Mega Man alphabet book. You can hit the jump link to read more, but if you don’t want to do that, there’s a bunch of pretty pictures down below that for you to look at, download and enjoy.

A videogame-related alphabet book is something I’ve been wanting to do since way before OUP came to fruition. Along with playing games, I grew up with a stash of picture books passed down from my mother’s childhood. My favorites from the collection were her old alphabet books. Long after I was taught to read and write, I enjoyed them for their humorous rhymes and awesome illustrations.

Mega Man was not my first choice to fit into this format; I wanted to do an all-encompassing video game alphabet, but as I made up my alphabetical list of characters, it dawned on me how many of the letters could be represented just by blue bomber and company. With the recent announcement and excitement over Mega Man 10, it felt like a great time to pay the series tribute. 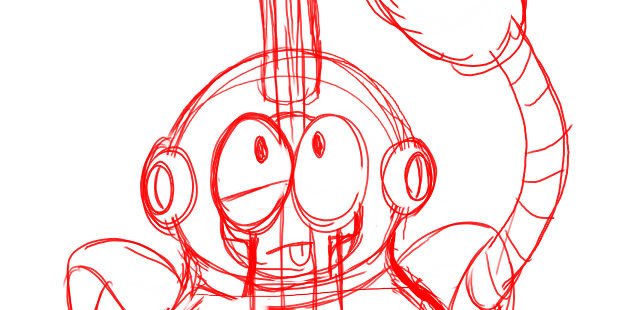 Yes, there is even a Robot Master for the letter U (Uranus from the Game Boy game Mega Man V), which I didn’t find out until after the fact. But I’m kind of glad that was the way things happened. I like Ukelele Man and I still stand by him because he had multiple purposes, one of which was to make sure that viewers were still paying attention. Another was to poke a little fun at some of the more questionable Robot Masters (though I have a theory that Sheep Man was created for this exact purpose).

Ukulele Man’s most important purpose, however, was to be a subtle tribute to all of the Robot Masters created by fans. Back in the days of the original NES games, there were a few official contests held where kids could create their own robot masters. The two winners appeared in Mega Man 6: Wind Man and Knight Man. Other entries got to appear in issues of Nintendo Power, but I would imagine there are thousands of other Men who never even got that far. Even our own Chad Concelmo still dreams of his contest creation, Toy Man (I’m so sorry if I got that wrong, Chad! I’m going by memory!), to appear in a Mega Man game someday. Ukulele Man is my (very late) late entry to the contest. 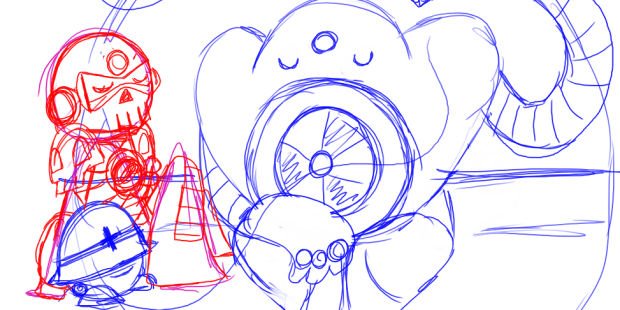 The idea of these characters being used to teach basic knowledge to children isn’t actually so far off from the truth. A Japanese OVA called Once Upon a Star was created specifically for that purpose, though it taught Japanese culture rather than the American alphabet. Then there are all of the video game mascots who have been used to teach throughout the years; both Mario and Sonic the Hedgehog have each had their own slew of edutainment titles. Characters originally created to entertain make pretty good teachers because children already know and love them.

But if all of the Mega Man robots in particular were created in a world without videogames, I think they would fall very nicely into educational territory. The world has a Busytown or Seussian feeling to it when you look at it from the side of the majority, the Robot Masters. They are just these weird robots with wild, imaginative designs and purposes, all living together in the same world. Of course, that meant Mega Man had to be viewed as a bad robot. That and other small elements (the depressed Fire Man and Ice Man, the decaying Wood Man, the sleepless robots in Sheep Man’s illustration) helped give the episode a bit of a dark edge, so that it would be a bit more palatable for a mature audience. 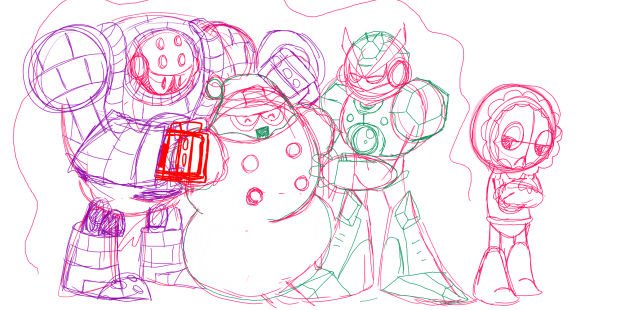 As far as the work that went into it, this was actually the easiest episode of OUP that I’ve made so far. The style of the Mega Man universe was a pretty easy one to emulate, and doing soft, watercolor images is kind of my forte. The hardest part was writing the rhymes, as I haven’t written poetry since high school. I only had a tiny amount of help from Anthony this time around, making this the episode that is the most representative of myself. Which is probably why it’s so damn cute.

That about wraps up my look back on this particular episode. Thanks again to everyone who watched, commented, Dugg, and had nice things to say about it (I would also thank those who sent hate mail, but I haven’t gotten any!). Please enjoy the high-resolution pieces of art, and stay tuned for more OUP!