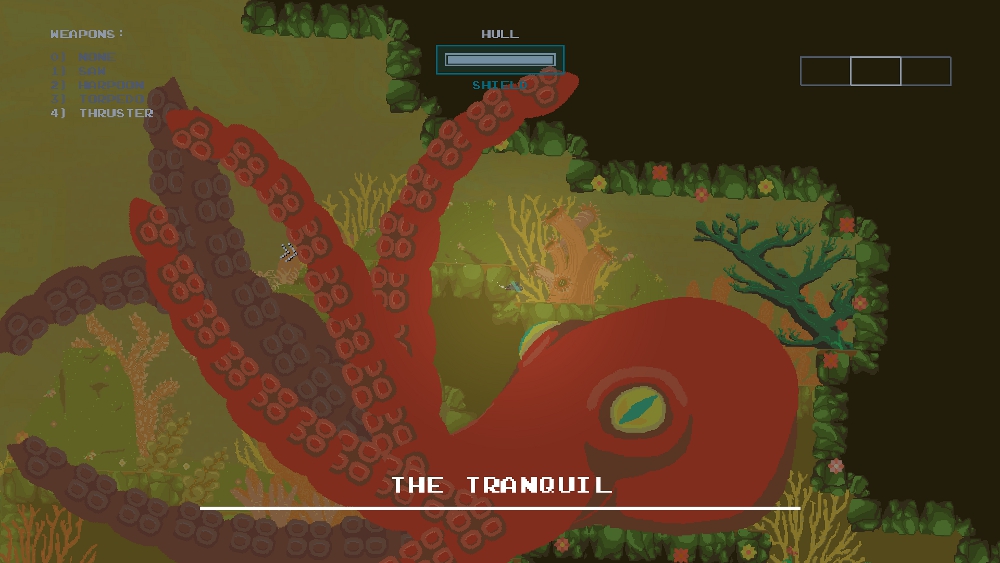 Shadow of the Colossus of the sea

It’s starting to feel like underwater adventure games are set to become the next big thing. With upcoming titles like Subnautica, ABZÛ, and Neptune, Have Mercy, it looks like we’re going to be spending a lot of time diving into digital undersea worlds. And I’m definitely okay with that!

The latest submarine adventure comes from Swedish indie studio YCJY. The Aquatic Adventure of the Last Human will feature a lone survivor in a flooded post-apocalyptic world populated by terrifying giant sea creatures. It will have a heavy focus on exploration and boss battles, taking inspiration from games such as Shadow of the Colossus and Super Metroid, as well as visual inspiration from games like Teleglitch. The boss battles look especially exciting; check out that octopus!

YCJY is currently looking to Kickstarter and Steam Greenlight to try and get the game off the ground. I wish the studio luck, because I need more games like this in my life!