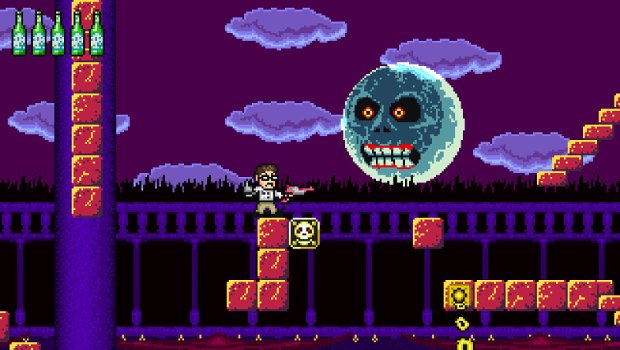 But will the genatiles remain untouched?

We gave the Angry Video Game Nerd Adventures an 8.5 when it came out on PC last year. Our resident Mega Man expert and James Rolfe fan Tony Ponce found the game to be quite compatible with his particular sensibilities. It should find a nice home alongside the likes of Shovel Knight, Guacamelee, 1001 Spikes, Ducktales: Remastered and other tough but fair, back to basics 2D platformers found on the Wii U eShop, and I’m not just saying that because Mr. Destructoid and Jim Sterling make brief cameos in the game.

It was initially announced for PC, Wii U and 3DS a while back, though news on the later two ports have been MIA for the better part of 2014. Fret not, Nintendo console owners. This tweet from the game’s developer reveals that the game is on its way to the Wii U soon, and to the 3DS sometime after that. There’s also the chance it may come to “other things” later on, but we’ll likely have to wait for those details.

It’s hard to imagine that Nintendo will allow ScrewAttack Games and friends to allow the Beat ‘Em and Eat ‘Em stage to remain fully intact on their systmes, but then again, today’s Nintendo is publishing games like Bayonetta 2 and Devil’s Third. They aren’t the same company that forced the blood in Mortal Kombat to be turned into sweat. Maybe they’ve become less uncomfortable with low res sprite based renderings of giant anthropomorphic penises on their consoles. We’ll find out soon enough.