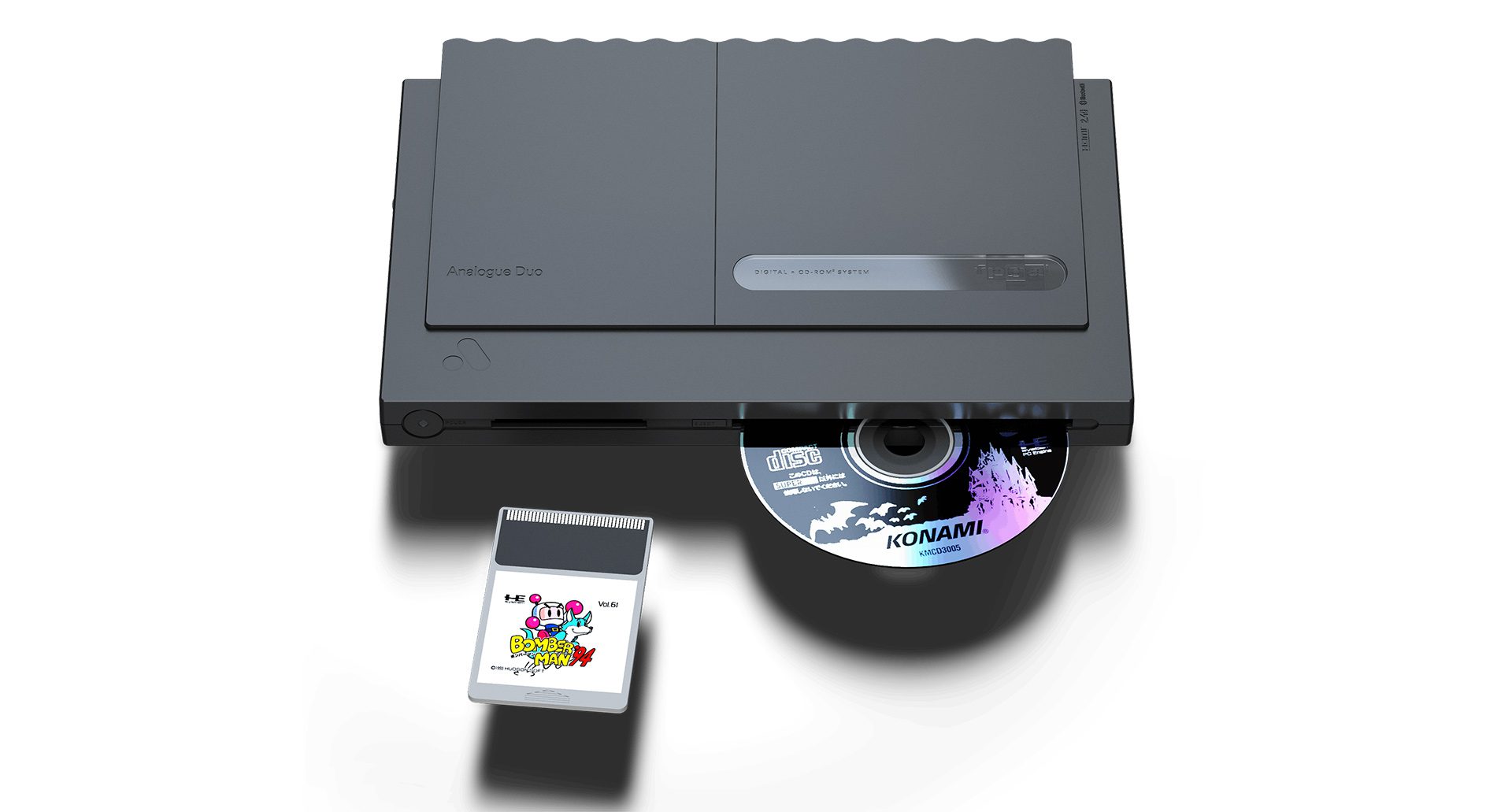 This one’s not so mini…

Unlike most modern “mini” pack-in play consoles, the TurboGrafx-16 Mini has neither become impossible to find nor has it seen drastic price-drops. It’s the very definition of a middling success, which is more than the original iteration of the system could say for itself. Due to a variety of reasons, the system never took off outside of Japan, though it’s still home to a litany of classics: Bonk’s Adventure, Snatcher, and Castlevania: Rondo of Blood, to name a few.

My guess is the modern “Mini” version of the console has fared better so far due to years of passionate word-of-mouth praise from TG-16 obsessives such as myself. If it were up to me, it would be Bonk, not Sonic, battling Mario at the Olympics, palling around with James Marsden at the movies, and eating chili dogs in the dreams of many a millennial. He’s my favorite 16-bit baby boy.

That said, the TG-16 Mini wasn’t truly the best vessel for him, and the TG-16 library, to make its return. It’s missing so many classics: Bonk 3, Valis 2, Legendary Axe 1 & 2, Bloody Wolf, Keith Courage, and Far East of Eden. Sure, you could just hack the thing to add the ROMS of those titles to the console, but for those that want to play the original software sans tampering, Analogue has the solution.

Today the boutique console developer announced the Duo, a new emulation-free piece of hardware that runs everything from the TG-16/PC Engine family, including the SuperGrafx, TurboGrafx CD, PC Engine CD-ROM², and Super Arcade CD-ROM. The console doesn’t release until next year, but you may want to sign up for the mailing list now. Perhaps due to issues around FPGA board availability, consoles from Analogue tend to be produced in extremely limited quantities, so if you want in on this higher-energy game system, you better work.