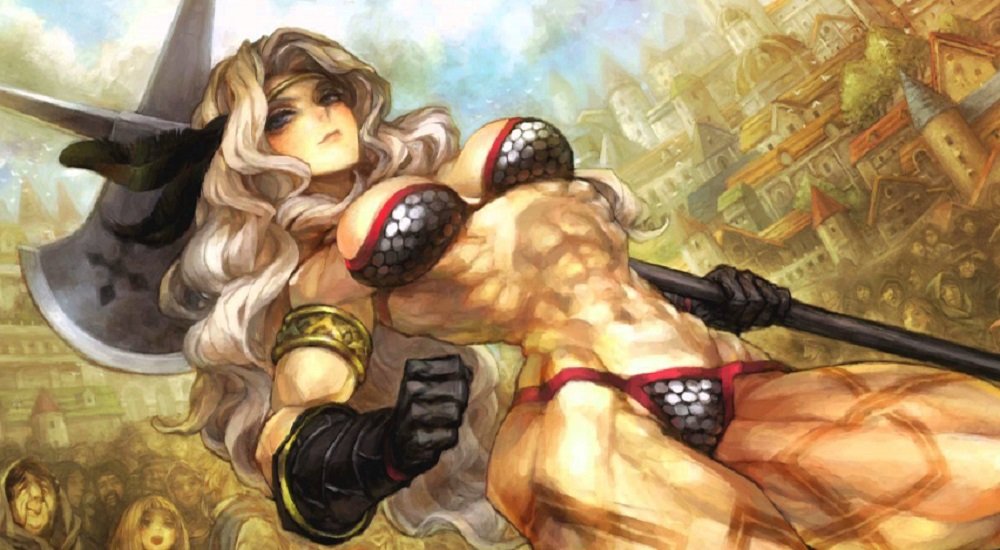 Following last week’s look at The Fighter, Atlus have released the second in their series of trailers showcasing the heroes of revamped RPG-brawler Dragon’s Crown Pro, coming to PS4 early next year.

This time it is the turn of the mighty Amazon, a powerful-yet-agile warrior who excels in crowd control due to her long-range weaponry and push-back combo strings. This popular character somehow combines the awe-inspiring beauty of an fantasy princess with the body of 1999 Scott Steiner. Amazon is one of the most striking and unique characters in the Dragon’s Crown universe.

Also featured below is a video giving fans a sample of the game’s soundtrack, which was re-recorded with full orchestral backing. A three-disc release of the score will be bundled with the game’s Special Edition.

Dragon’s Crown Pro is currently set for release on PS4 in Japan on February 8, 2018. There is still no news of a Western release so far, which is making one most blue indeed.