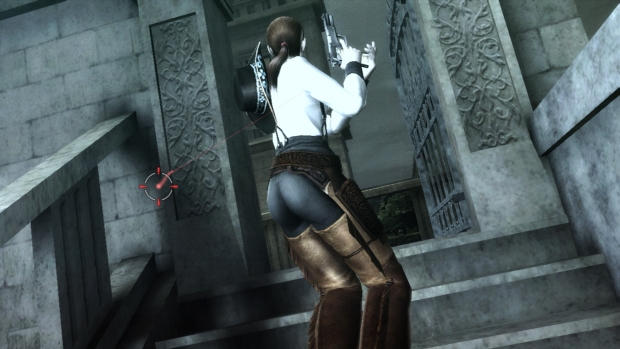 Resident Evil: The Darkside Chronicles is almost out and despite all the media Capcom has been releasing over the weeks, there’s still some surprises to be had. Remember in Resident Evil 2 how you could play through the entire game as a giant piece of walking tofu? Well, it’s back in Darkside Chronicles, but the roles are reversed. This time, you’ll be shooting at tofu instead of playing as one. You can check it out in the video above.

Resident Evil: The Darkside Chronicles will be out next Tuesday for the Wii.