For spring break, while everyone was enjoying themselves south of the border, I went north, to Tokyo. My whole thought process was that while I was there, I’d be able to go ahead and compare what it’s like in Tokyo’s Akihabara District versus Osaka’s Den Den Town. In other words, the Akihabara Difference.

What did I expect to find? Scores and scores of videogames, discovering treasures that I hadn’t even been able to find when I was in Den Den Town. Essentially, I was hoping to find an upgraded version of Den Den Town, with all the flashes and whistles to go along with the famed Otaku Heaven.

Needless to say, my expectations had sand kicked in their eyes and were laughed at. 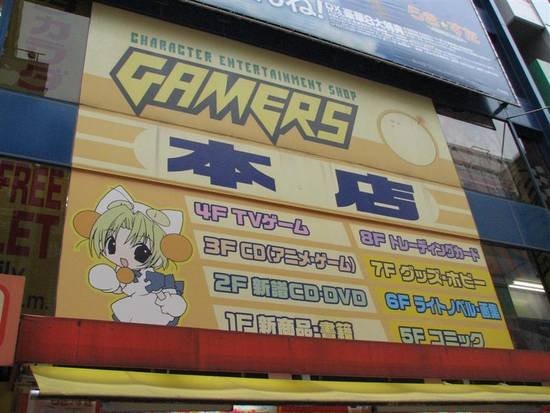 Akihabara and Den Den Town serve completely different crowds. When I went looking for games, stores were always selling the latest titles, and practically every title that had come out within the past year was on the store shelves. Games that sold extremely well from several years earlier also make up a decent portion of the shelf space.

Beyond that, though, there’s a steep drop off. Shopping for games in Akihabara, and for that matter most electronics, is about buying the latest and the most expensive. If you’re not interested in buying the special edition of a game, then you’re going to have to go push your way through the displays. The displays will take up a lot of shelf space, and frequently there will be an abundance of a single title. Essentially, the shops resemble American stores a lot more than the ones in Den Den Town.

From my poking around, there were not very many stores that were dedicated to retro titles. The ones that were had relatively slim pickings compared to what I was used to in Den Den Town. With one of the retro stores, when you first walk into the store there are PlayStation 3, Wii, and X-Box 360 titles. Dreamcast and Sega Saturn titles will make up the remainder of the first floor’s offerings, often with some handheld titles scattered in haphazardly. The second floor was a modest GameCube library, and then the majority of the other titles were PC-Engine, Super Famicom, and Mega Drive titles. 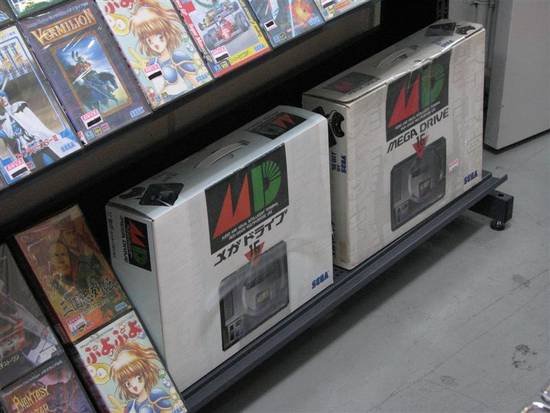 What stands out instead is the abundance of dating sims, ero-ge, and visual novels in Akihabara. Where Den Den Town may have the upper hand in its retro holdings, Akihabara wins the competition for the visual novel area. If there’s a visual novel title you’re looking for, there’s a good chance that you’ll find it in Akihabara. Entire floors of stores are dedicated to this thriving genre, serving both your erotic and non-erotic needs. Similarly, one of the things that popped out to me was that in several stores, they would be putting out copies of fan-made games – fighters, shumps, and some games that I wasn’t quite sure how to classify.

Stores came in essentially two sizes: jaw-droppingly mammoth or hole-in-the-wall tiny. Mega-stores like Yodobashi Camera and Sofmap dominated the scene, and were all fairly similar in terms of the stock that they offered — it mainly came down to point card loyalties for where to shop. The hole-in-the-wall shops had to sell what would be as profitable as possible, and thus divided themselves amongst several areas in what they were covering. So, while looking for a copy of Echochrome, I was also offered figures, trading cards, and gravure idol videos of 11-year-old girls. 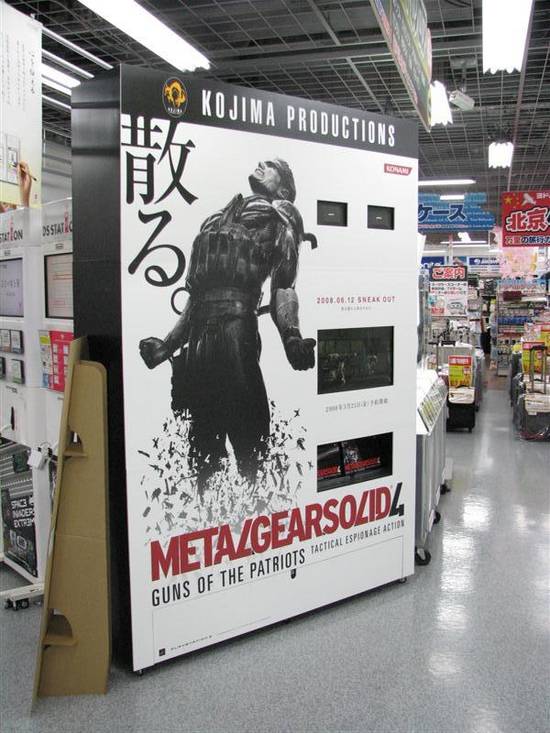 Within the general grouping of “mammoth proportions” are a large number of shops that have eight or nine stories to them, and offer a variety of things. If you’re shopping in Akihabara, then this sort of store will quickly become familiar territory. Each floor will be dedicated to a different area of merchandise – figures, games, anime, manga, CDs, etc. Each floor is fairly limited in what it can offer, but the store as a whole does offer a wide range of products. So it creates a dichotomy in the store’s mentality, where they have a large stock of merchandise to sell, but since each floor is compartmentalized, they are forced to constantly rotate in new products, and not allow much room for a library of goods to build up.

A big factor in all of this, too, is the group of people who shop in Akihabara. Much like Harajuku and Shibuya, Akihabara is the place for young people to go. When I first got to Akihabara around 10:30am, there wasn’t much of a crowd. Yet, as the day went on, more and more people in high school outfits, or the remnants of them, would appear in the stores, browsing through the latest titles with their friends. They aren’t going to be rushing out Akihabara during their lunch period to pick up Final Fantasy I for the Wonderswan. Thus, in order to better attract the young crowd, store owners focus on the latest and greatest, giving us the mentality of Akihabara shopping.

Who has won my heart as the videogame store champion? I’ve never been concerned about where to pick up the latest titles, because I’ll always be able to find somewhere that sells it. Buying retro goods – the items I never got to play during my childhood – is what really sets me ablaze, and gets me excited for shopping. Den Den Town is definitely my haven for videogames, what with places like Retro TV Game Revival and whatnot. 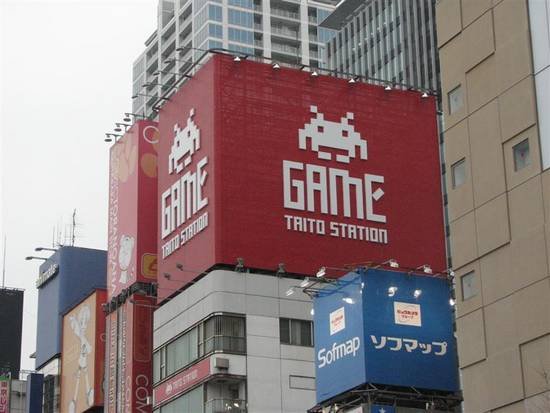 Just to add on as a post-script to the whole thing: arcades. Both in Osaka and Tokyo, you can find some pretty amazing arcades. That being said, though, I’ve got to send my heart out to the arcades in Osaka over the ones in Tokyo – there’s a much greater selection in some of the places in Osaka than what I’ve encountered in Tokyo. The arcades in Akihabara offer some of the latest games, but there was an overabundance of some of the more popular arcade games, and when I was looking for a fighter, I had an extremely limited selection. I doubt the major towers like Club Sega and Taito are the great arcades of Tokyo. You’d have to ask someone like CheapyD or someone else who lives in Tokyo to point out some of the really great arcades.

Be sure to pay attention to Tomopop for the next story that’ll pop up!