[ImmortalWaster takes a look at games that use politics in an interesting way. Should politics have a place in games, and if so, how can they be enlightening without being totally obnoxious? Want to see your own writing on the front page? Write something awesome and put it in the C Blogs. — Kauza]

There’s no getting around it. Politics manages to seep into almost every aspect of our lives, whether we welcome it or not. Art, philosophy, warfare; they’ve all been used to promote one political ideology or another. Turn on your TV and it won’t take you long to find a political discussion, or even politics in action. Go to the pub with your mates and there’s a good chance someone will start a dialogue pertaining to it. Online, the political pundits are out in force, on blogs, on youtube channels and in dedicated websites and I can’t remember the last time I visited a forum without seeing at least one political debate.

So it’s hardly surprising that it’s present in our beloved hobby, gaming. Why shouldn’t it be? If authors, artists and musicians can use their work as a platform to promote, criticise or simply discuss the subject, why should games be any different? However, games are still trying to find their feet as a serious medium. Literature, art and music have all been part of human culture for as long as we have recorded our exploits. While individuals working in these spheres may have no grasp of the concepts they are trying to express, the mediums they work in have seen thousands of years of evolution which offers them a more solid base to spout their rhetoric or inspire discourse.

That does not mean that game developers should not attempt to do the same, nor does it mean they can’t be just as, or indeed, more successful. Games are interactive though and this creates completely new problems for the politically motivated developer. But it also creates new and exciting opportunities for them, as the player is taking part in the world they created, it isn’t a passive experience and I think that opens new avenues for expression. 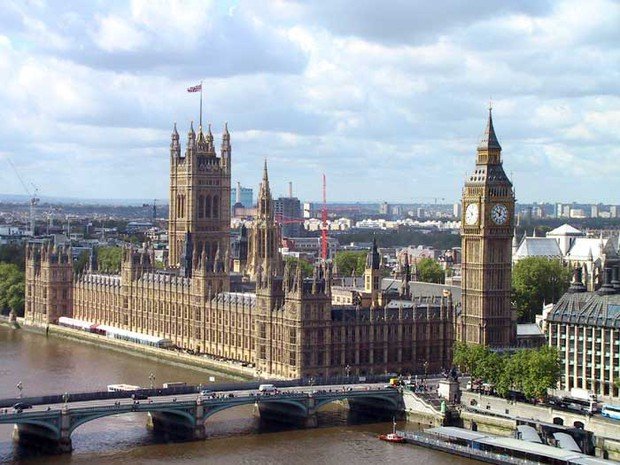 Republic: The Revolution was one of the first games I played where I knew I was interacting with a political game. It was right at the games core, it was a political simulator. Set in the fictional ex-Soviet nation of Novistrana, the player takes the role of a man determined to fight the nation’s “President-For-Life” by adopting a plethora of tactics: from simple grass roots political stuff like rallies, leafleting and protests, to more insidious measures like slander, election rigging, vandalism and assault. The media, the orthodox church and organised crime are all at your disposal as you attempt to rise to the top and overthrow the nation’s dictator.

The game was flawed and had some serious pacing issues, but it was unique and ambitious. While it obviously denounced tyranny and communism, your own party could be just as bad as the totalitarian bastard you are trying to oust. Even if you choose to play as a more peaceful, democratic leader, you were going to end up using less than savoury tactics a lot of the time. The developers tried to recreate the desperate situation of a nation in political turmoil and I frequently made difficult decisions which I justified with “the ends justify the means”, a statement I personally loathe in reality. While I wouldn’t say the game influenced my political beliefs at all, it did highlight how pragmatism can come out of perceived necessity, and there is no single perfect political ideology that works in every single situation. 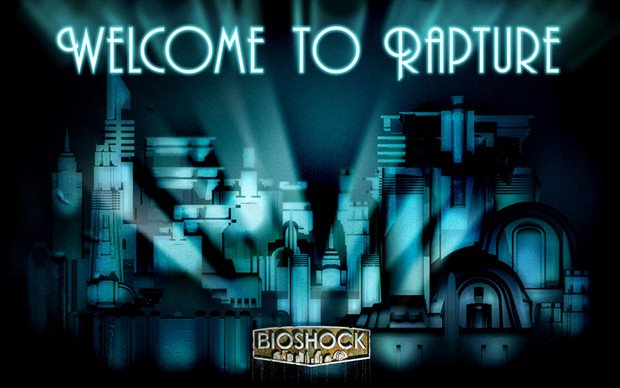 Politics in gaming is far from restricted to political simulators, though. Bioshock is probably one of the best known games in recent years to tackle political ideologies, though from a much more philosophical and critical stand point than a game like Republic. It was a lot more focused as well, with the player being slowly introduced to the objectivist dystopia of Rapture. The player is a silent witness to all the worst elements of an absolute philosophy, while the obsessed ruler of Rapture, Andrew Ryan, explains what he hoped to achieve with his social experiment, his utopia, as he saw it.

But there is no middle ground in the game, it’s an entirely subjective experience. Rapture failed, Ryan was a mad dictator, the rich prospered while the poor were powerless and the player traverses a ruined city haunted by psychopaths. The game’s creative director, Ken Levine, has given several detailed interviews on the subject of how he tackled objectivism and what he wanted to explore by using this ideology as one of the core aspects of the game. At face value the game might appear to be a rather long criticism of objectivism, in reality Levine was more interested in it’s creator, Ayn Rand and the notion of absolutes and black and white morality. He wanted to take pure philosophy and apply it to a real person, a flawed individual; like Andrew Ryan. While I personally disagree with his analysis of Rand and believe that he left no room for the player to come to their own conclusions I still think that he tackled the subject with a maturity that I rarely see in games that attempt to portray philosophies or ideologies.

I believe Bioshock’s largest problem, in terms of how it deals with objectivism, is that without understanding where Levine was coming from, the player is led down a straight path to the conclusion that objectivism is bad. But that’s not what Levine was trying to say at all (nor was he saying it was good, either). In the end the game could have been about any number of ideologies, the danger that Andrew Ryan personifies is not objectivism, rather it is extremism and absolutism. But that isn’t necessarily clear from playing the game alone. That said, I do think it’s a flawed ideology, but I don’t think the game encourages players to find out why, other than how it destroyed a fictional, underwater city in a popular video game. 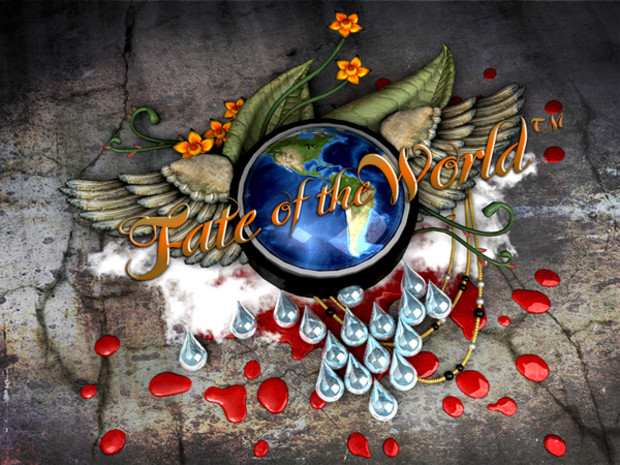 While Republic is a broad simulator, letting players experiment with different ideologies and Bioshock is an exploration of absolutism and a specific ideology; my final example takes a different route. Fate of the World is a political and environmental simulator. It focuses on the theorised effects of global warning in the future. The player essentially acts like a globally funded dictator, although dictator sounds a bit dangerous so you’re actually the CEO of an imaginatively titled Global Environmental Organisation. While that sounds a little more friendly the reality is you act as the sole decision maker for the direction of whatever nation you happen to be controlling during the scenario.

However, while it definitely feels like you are playing a dictator, it’s a liberal one whose goal is to “save the world” rather than simply amassing power. The majority of the policies which you will research and enact are things like improving drinking water, saving endangered species, creating a solid education system, bringing in your own foreign private army… wait, what? Ok, so you aren’t going to be fielding an army and conquering the nations you are meant to be helping, but amidst all the positive actions you can take there are more insidious or aggressive actions you can take, such as black ops missions for instance.

Once again it comes down to “the ends justify the means”, you are, of course, trying to save the planet. But at the same time you are the CEO of an environmental organisation, it seems like shady actions like that ought not to be in your mandate. While you can go about acting like a dictator, though a generally benevolent one, there is still a major different between your role and that of a real de facto leader, you are still at the mercy of public opinion and the media. You can fail the scenarios if you don’t please the citizens of the nation you are trying to help. But at the same time, as long as you manage to keep a countries HDI (Human Development Index) up, or fulfill whatever goal you were given at the start of the scenario, it’s all good, even if you are a bit of a cunt.

Red Redemption, the developers, clearly have strong views when it comes to global warning and international governing bodies. They use a hell of a lot of research to back up how they think the future will play out and what is needed to fix the mess they believe we have got ourselves in. Although it’s great to see game developers taking advantage of academia and research to make their game more realistic and challenging, they clearly selected their research just like politicians do. By choosing the research that backs up what they already believe. It means that people who already agree with the hypothesis will probably find a lot to like about the game, those who don’t might find the game a tad preachy and the actions you are encouraged to take, morally questionable. That’s not necessarily a bad thing though, it’s good to be taken out of one’s comfort zone on occasion. Fate of the World is a great way to explore these ideologies and academic theories, even if you don’t agree with them. 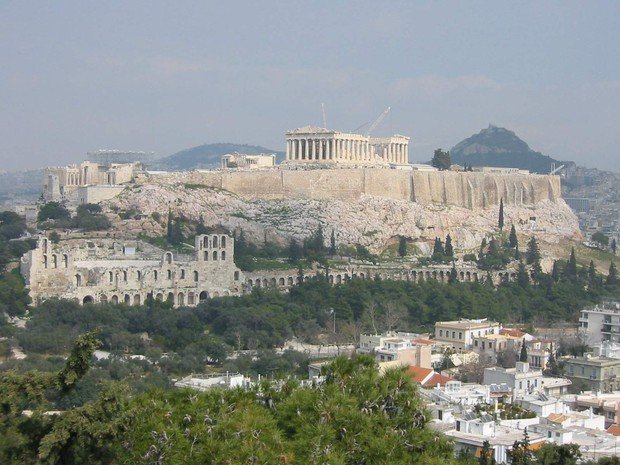 These three games in no way represent the entirety of politics in games, they are merely three examples I have played which all have different goals. They show the various ways developers can get their opinions out there, or simply encourage people to actively think about politics. While they are all flawed, they are still incredibly interesting and diverse. I believe that they show that games are just as valid platforms for political exploration as any other art form. Their interactivity puts you in the shoes of a politician or someone being effected by political fallout, you’re not simply hearing about someone’s views, you are experiencing them first-hand.

There is a whole plethora of games either dedicated to, or involving politics. Sid Meirs Alpha Centauri, Galactic Civilizations, Tropico, Masters of Orion; and to a lesser extent games like Baldurs Gate II, Dragon Age II and Red Dead Redemption all contain political views that have a significant impact on the game and the characters you interact with.