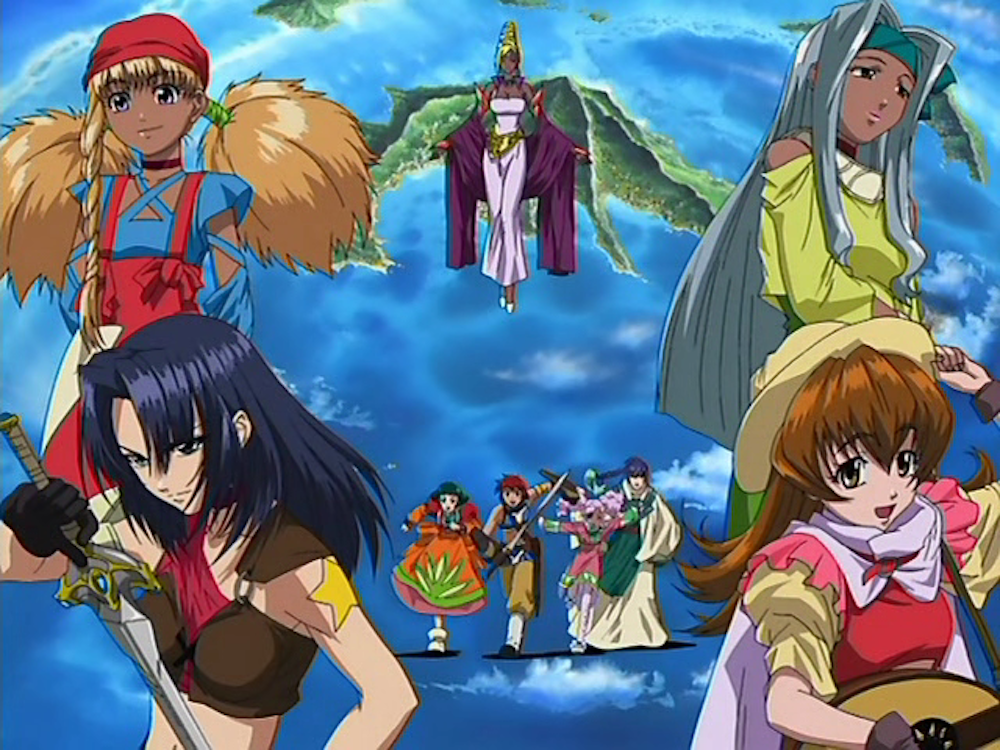 from our community blogs

I find it a bit difficult pin down what exactly makes a JRPG engrossing. There are so many different settings and gameplay styles depending on what you fancy. But let’s put gameplay aside for a moment and talk about settings.

Whenever I think of a classic JRPG, it’s something in the style of Dragon Quest or Legend of Heroes. A world full of magic and a bit of technology without many complications where airships rule. It’s this sort of nostalgic and innocent yet hard to quantify feel that I often enjoy. The game I feel exemplifies this the best is Tales of Eternia for the PS1 and PSP. (It’s also known as Tales of Destiny II in North America thanks to a kerfuffle with He-Man). 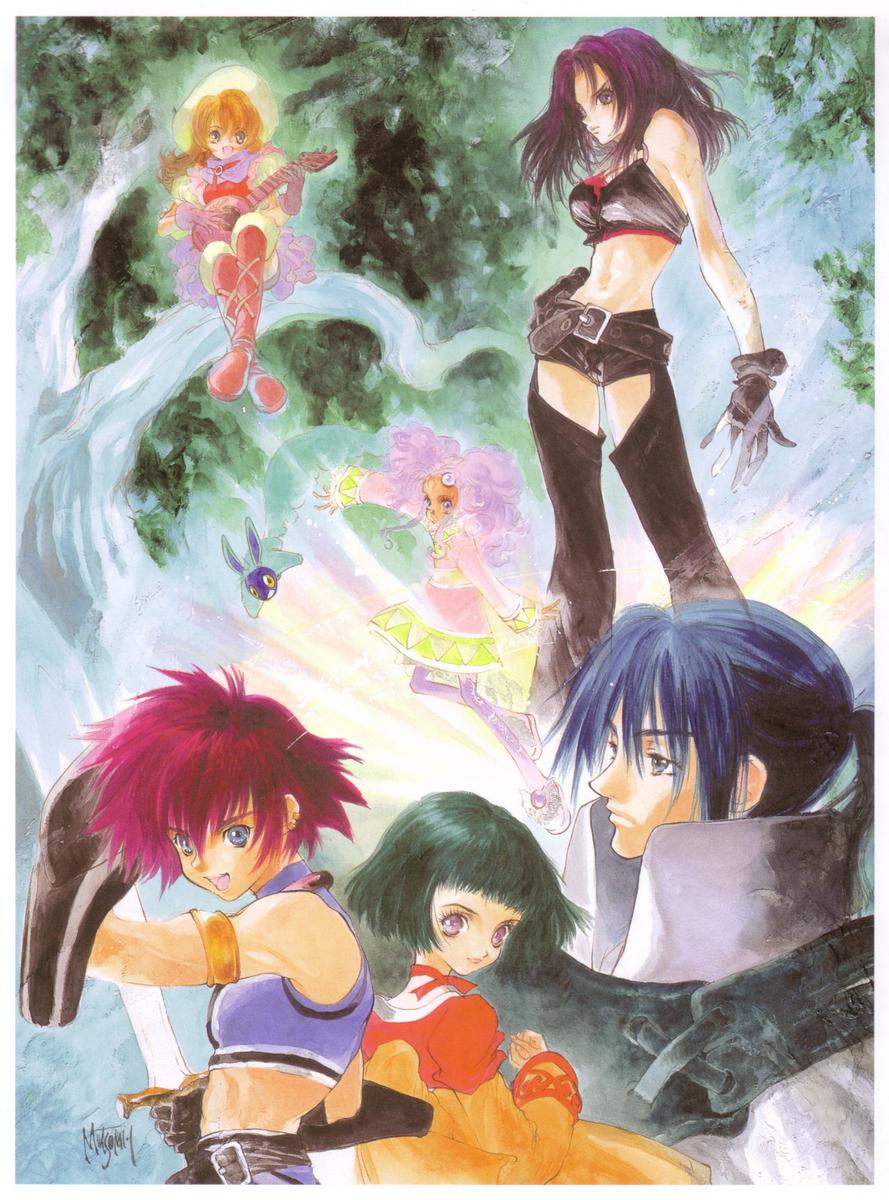 The gameplay is like a simplified 2D fighting game, with a JRPG coat of paint. That’s all well and good, but the atmosphere and world is the real star. I’ve only played it once, but I only have good memories of the adventure. Which is impressive, since I wasn’t a kid when I played it and I can get rather picky about games.

The plot concerns a group of four teenagers trying to, what else, save the world. The two worlds in this case, Inferia and Celestia, are on a collision course and them collecting the spirits of the two worlds is the only way to save everyone. About as standard as you can get, really. But that’s fine, our heroes have great chemistry together. You really get the sense that they are the bestest of friends who’ll do all they can to save the world.

Imagine my surprise then when I heard that Namco had a full anime adaptation produced of the game. I decided to check it out and came away from it happy, knowing that they had managed to keep the same feel of the game. Just the intro of the show is proof of that.

The show begins in medias res a bit after the main party of Reid, Farah, Keele and Meredy have meet up and collected the spirits of Inferia. A few short flashbacks get cut in, explaining the setup of the story and what they intend to do next. The bulk of the first episode serves to introduce everyone’s personalities. Reid is a heroic hunter who looks like an Adol Christin cosplayer, Farah is the asskicking team mom, Keele is a timid researcher and Meredy is the bubbly child who always gets into trouble.

It’s at this point it becomes obvious that the show isn’t a proper adaptation of the game. Instead, it’s more like an extra little story stuffed into the middle of the game before the party leaves for Celestia. I’m fine with this, as the story feels like a natural expansion of the world and main plot. And the plot is structured in favour of an animated show, so there’s never any feeling like it should have been a part of the game.

But they did keep many things from the game, like Farah’s awesome martial arts! Her first fight with Reid over some food he ate is short, but full of character. I think they namedrop a bunch of moves from the game, but they’re in Japanese, so I can’t confirm it. The accordion music during the fight is particularly great.

It’s also at this point that the show introduces two new supporting characters. The first is the wandering bard Colina. I like her a bit as a character, but she does everything to be annoying. She uses ”desu” to end her sentences, whines constantly and has an intentionally terrible singing voice. If I can tell something is bad in Japanese, it’s really bad.

The other one is the awesome bounty hunter Marone, who acts as a catalyst for the plot by kidnapping Reid with her dragon steed to Varkaniu City on the island of Verka. She wants his help hunting a sea dragon and he decides to offer assistance. The rest of the party follows them and arrives just as Marone and Reid dive attack the sea dragon while a remix of the Inferia battle theme plays. It’s pretty hype.

What isn’t hype is how the spirit summons are handled. They get called on about once per episode with the same animation, which gets boring quickly. Sylph’s stupid proclamation ”Currents of the air, come down and turn into a dragon!” better sound cooler in Japanese.

From this point forward, the party get stuck on the island and shenanigans ensue. There are a few lighthearted episodes before the mystery of the island rears its head. Farah and Marone get into a marathon swimming competition, Meredy & Colina try to work and Keele & Reid explore some ruins and manage to destroy a hotspring. 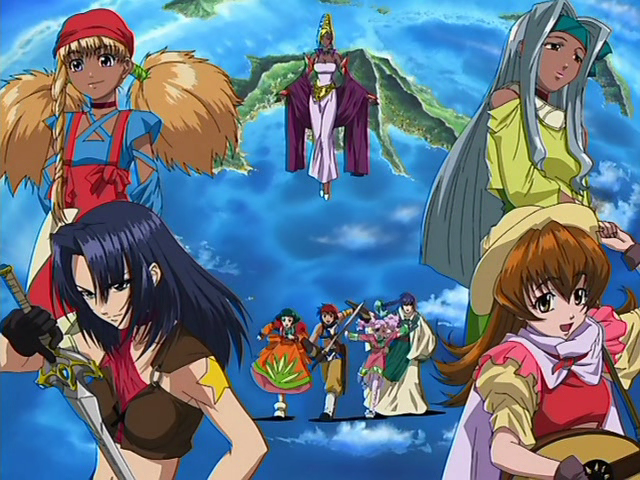 It can get a bit cringey, but it never stops being carefree and fun, at least until the end where standard JRPG things happen in the name of drama. I don’t think there could have been a better adaptation made really. Characters are on point, it only takes what’s needed to establish the world and the music is ace.

It’s not as good as playing the game, but it’s a nice treat for a fan like myself and and good introduction to the world and the main characters. I’m a bit saddened that we haven’t seen many of these kind of adaptations. I’m thinking about checking out the Legend of Heroes: Trails in the Sky OVA soon and see if that’s of similar mettle. 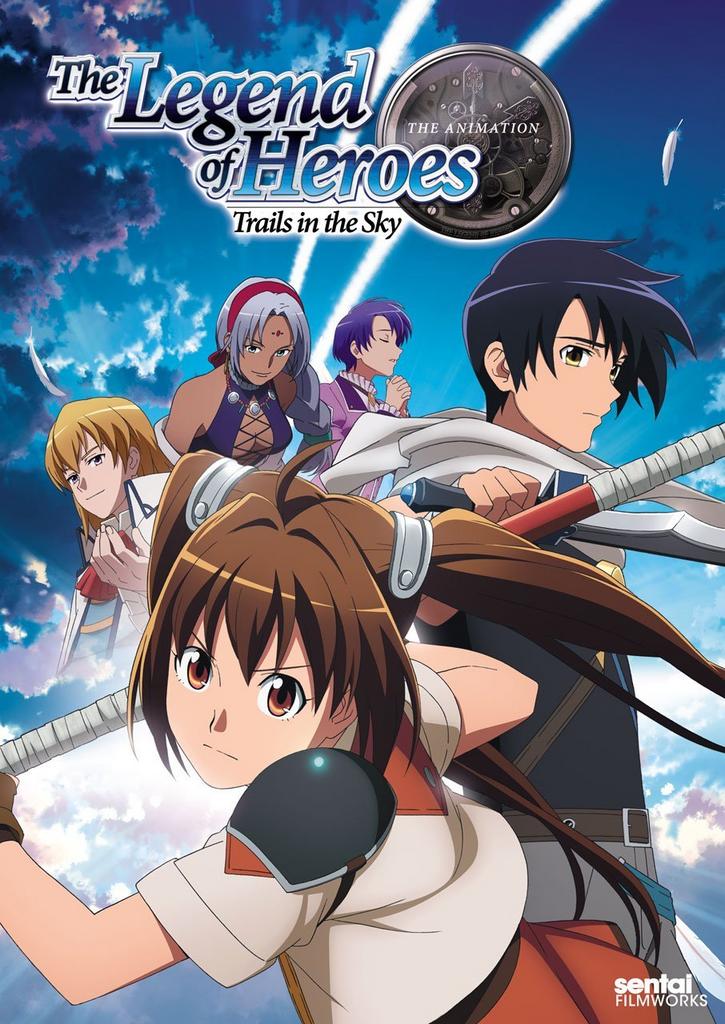