Front Paged Article: The Movie: Part One: Promoted from our: Community

[It takes a special kind of bad to be as incredibly endearing as Super Mario Bros.: The Movie. I could explain it, but Gamemaniac3434 has already written about it – so why don’t you read his brain-barf, instead?! This is yet another front-paged submission to our monthly Bloggers Wanted prompt. Why don’t you participate this month? All the cool kids are doing it! – Wes]

I am a man who loves him some good-bad movies; I’ve formed a group around watching them and I attempt to get this group whipped together at least once every two weeks. It’s something I deeply enjoy doing and I figured that I would meet the challenge set forth for this month’s Bloggers Wanted [Actually, two months ago 🙂 – Ed.] by looking at a movie that holds a very special place in my instance of this long-standing tradition. 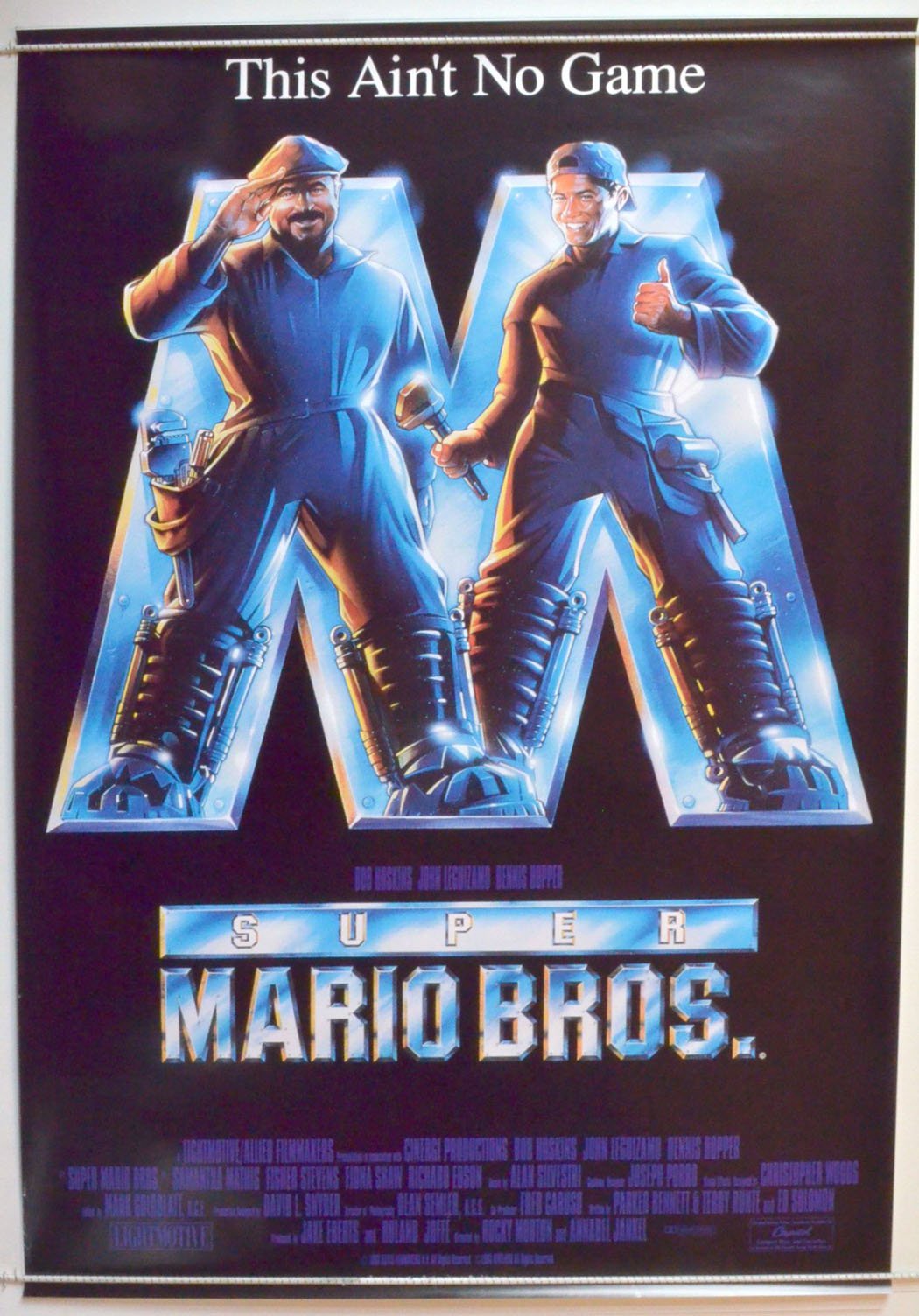 This was actually the first good-bad movie I was able to organize with multiple people. Before it, I had occasionally watched good-bad movies by myself while having a nice fancy beer, but that’s less than ideal – most of the fun of good-bad movie night is that group reaction to the sheer madness on the screen and the quips individuals can toss out that elicit bursts of laughter. I was presented with a great opportunity to improve the experience around the end of last year when it was suggested that I try Super Mario Bros.: The Movie. 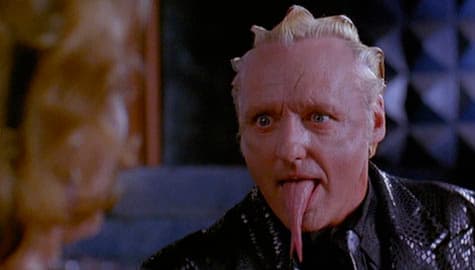 The person who suggested it to me asked if he could join me for it, as opposed to me just watching it by my lonesome. I agreed that it would be a good time and decided to ask around the official Dtoid Discord channel at the time to see if the group that formed up every weekend or so in voice chat was interested – and as it turns out, they were. And thus with the stage set, the group formed up and we watched Super Mario Bros., a movie that is perhaps one of my favorite good-bad movies of all time. One of the key factors of that level of enjoyment can be summed up with the following statement:

This movie gets pretty much everything wrong. 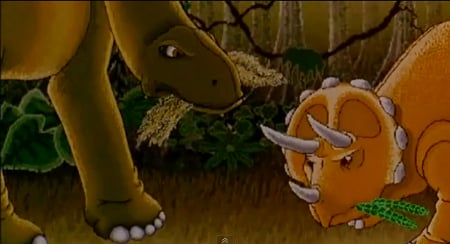 We learn that in the alternate universe babies are born out of eggs, and with that revelation we see our first on-screen appearance of the legendary Princess…Daisy. Yes, Princess Daisy, instead of the more well-known Peach or even Toadstool. One of the more notable things about this movie is how it’ll toss names around – but they tend to not really be related to what they’re supposed to be related to, or the way they relate is poorly executed to the point where the names are almost meaningless. Really, the movie is just full of that sort of thing and relatively amusing in how wrong it can go. 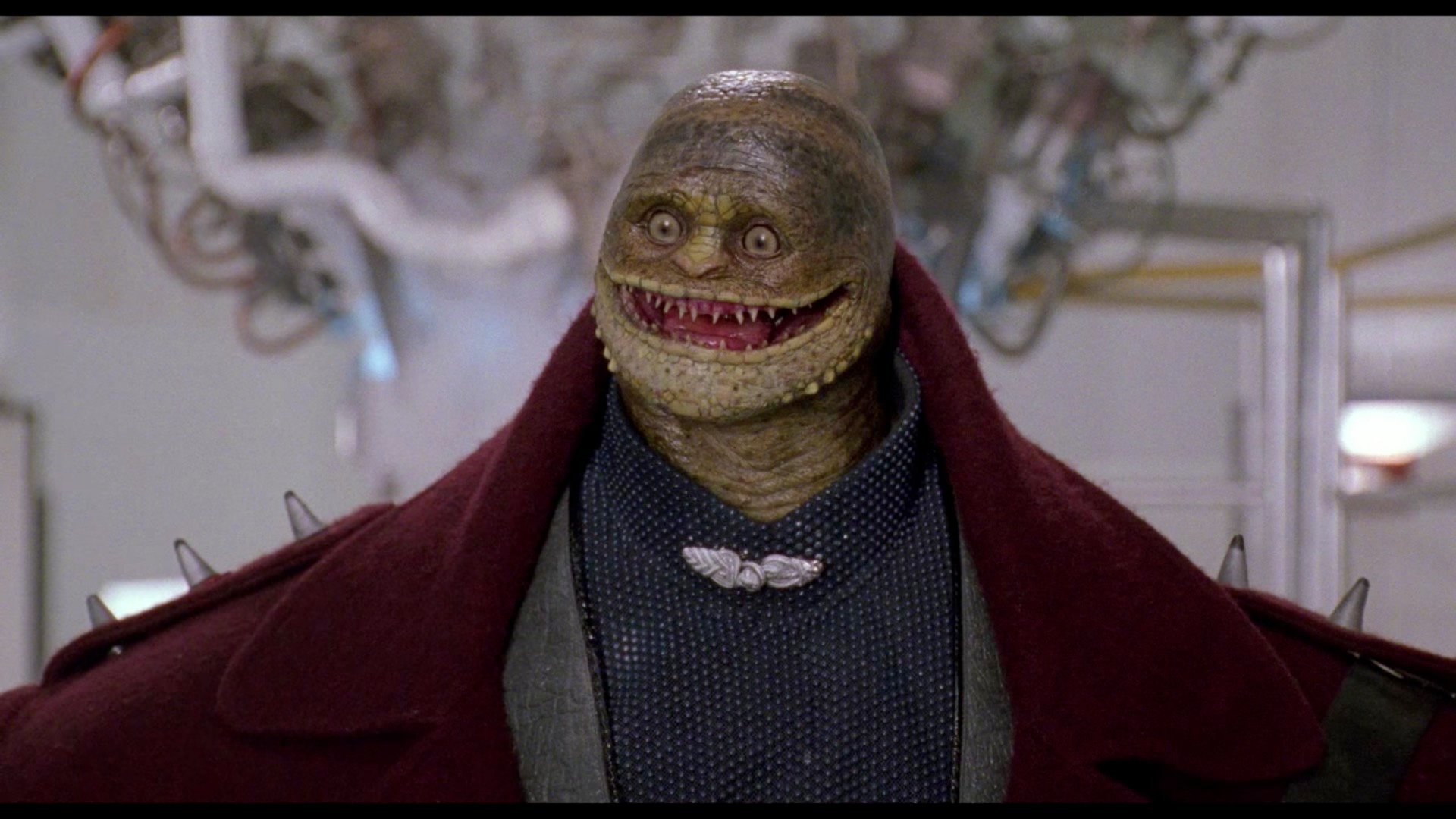 There are devolution devices that turn people into weird-looking “goombas,” which are one of the most iconic and enduring images of wrongness from the movie, and also turned the king into a bunch of fungus growing everywhere…yeah. I have to bring this up given my profession and whatnot, but we didn’t evolve from fungus – we just happen to be related to it more closely than to plants. There’s also a plotline about using the original meteor to link the worlds so the dinosaur people can get access to normal Earth’s resources, a problem which only Daisy can make whole for some reason and a bunch of other nonsense.

Really all of the story stuff is just sloppy or lazy, but it’s that execution that makes it hilarious – comedic moments that fail so hard you can’t help but laugh, moments of attempted seriousness that are so badly done you can’t help but laugh even harder, and tons of moments that are easy to take cracks at to the amusement of your fellows. It may not be accurate to its source material, it may not be all that good – but if you’re in the right group it’s hilarious to watch it stumble around for the requisite time and wonder how it all could have gone so wrong.

I’d say the only actors who I really like in their roles are Bob Hoskins and Dennis Hopper. Neither actor seems to really try overly hard, but Hoskins is enjoyable enough and fits, and Hopper really can chew the scenery to sometimes ludicrous degrees. Overall the story is pretty dumb and bad, and the world of the dinosaurs is a Mad Max post-apocalyptic city in the middle of a desert world missing a lot of Mario stuff in anything but name. 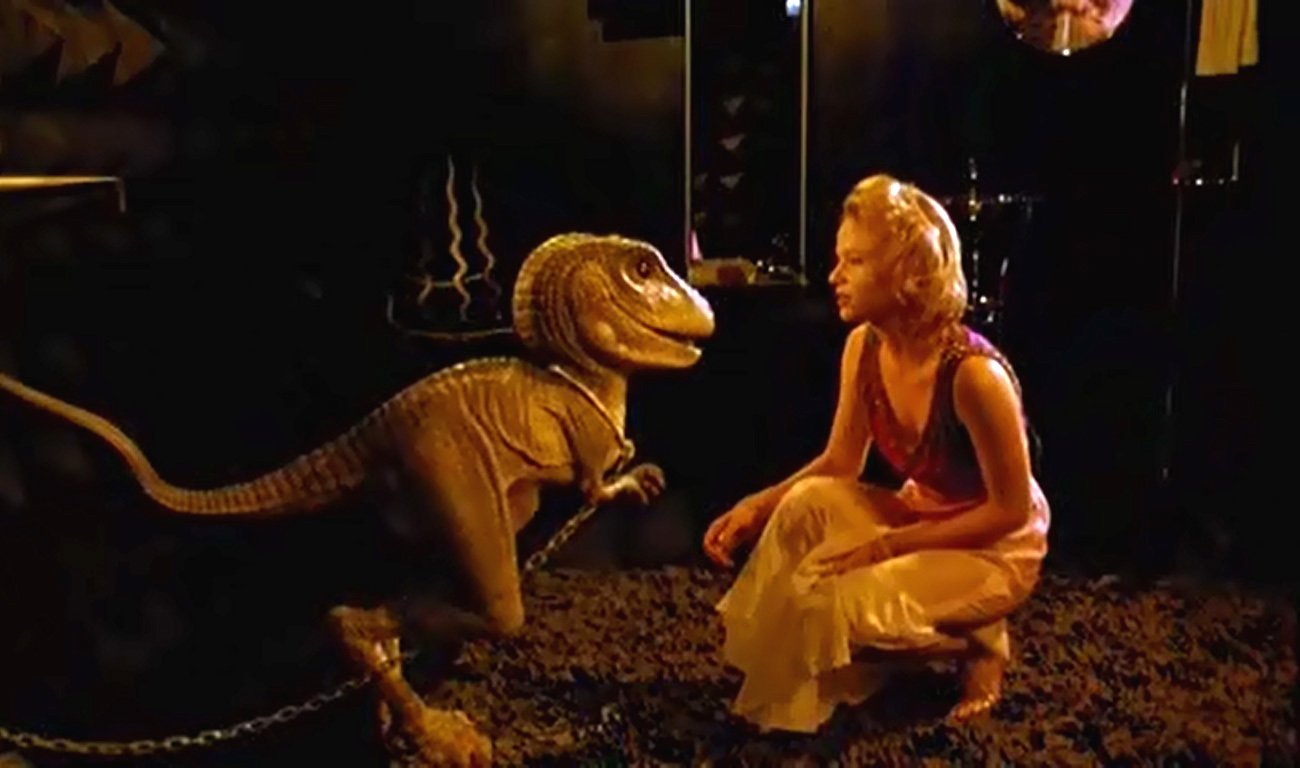 The other interesting aspects of the movie are the set design, props, and animatronics – again, this is a hallmark of good-bad movies in that they seem like they’re trying to be good but they just can’t get there. In another movie, the wacky designs of the city would probably have actually worked decently and a lot of the sets look relatively good. There’s even some pretty good animatronics like the Yoshi dinosaur that moves and reacts pretty well. Effects in general look at least passable and the CGI isn’t used often enough for its badness to really start hurting your soul. It’s almost endearing, if misguided, and it’s just fascinating to see some of the actual talent being wasted on this terrible movie. 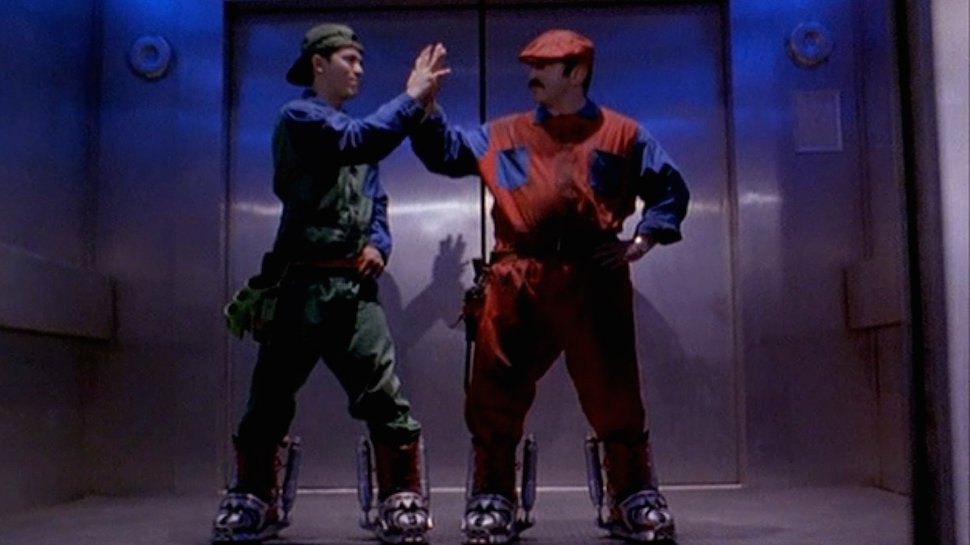 All in all it’s just really dumb and badly-written the whole way through, and if you go into it expecting something serious you’re doing it wrong. It’s a pretty amusing disaster to watch, and if you drink enough – which is what you’re supposed to do during bad movie night, if you weren’t clued in – it’s hilarious in its incompetence. It’s got so much going wrong that you can’t help but laugh and crack jokes with your buddies while it’s playing. And honestly, I’m planning on watching it again in my group to celebrate the one year anniversary of its formation – because you might as well do such things right, and I can’t think of a better train wreck. And if you’re feeling like watching it to see what all the fuss is about, or want to try it on your own with a group of friends in drunk movie night fashion, here’s the full movie on YouTube – I hope it brings you as much joy as it did to me.

Feel free to leave your own thoughts on the movie in the comments, or your own bad movie night musings as well – I’d like to hear what you thought!