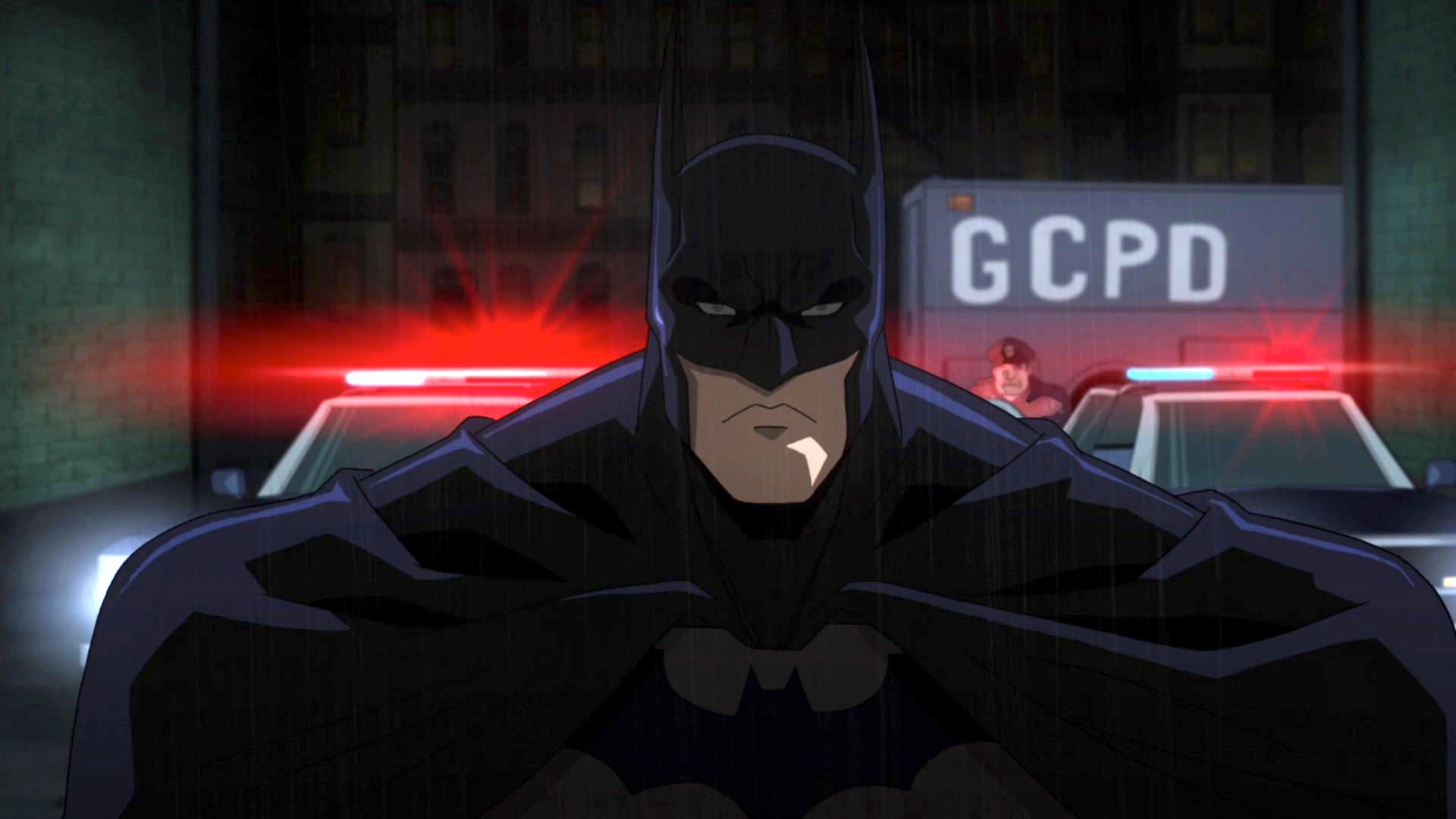 [I see this in my local retailer where I work, so NinjaSpped’s synopsis of Batman: Assault on Arkham was pretty intriguing. Want to see yourself on the FP? Write a blog or even join in on the monthly prompt! ~Marcel]

When Dtoid posted this blog prompt, I thought it was great until I realized I didn’t have anything to write about. When I was looking through Netflix a few days later, I saw Batman: Assault on Arkham, a movie I loved, and realized it would fit perfectly for this blog.

The Batman Arkham games really revolutionized superheroes in video games. The combat, story, characters, and voice acting swept you into a world where you felt like Batman. You could talk to Oracle and Alfred, team-up with Catwoman and Nightwing, and beat down thugs, maniacs and villains like Joker, Two-Face, and Black Mask. Seeing this universe adapted into an animated movie was very tantalizing to watch.

Batman: Assault on Arkham takes the extensive continuity of the games and goes in its own direction. The prequel games Batman: Arkham Origins and Batman: Arkham Origins Blackgate already hinted towards the formation of the Suicide Squad so it was great to see the pay-off outside of the games. Foreshadowing the events of this movie within the games themselves was a commendable way to further connect the movie to the series.

Taking place after the two Arkham Origins games and before the original game, Batman: Arkham Asylum, the Suicide Squad is needed to re-acquire secret intel for Amanda Waller. While infiltrating Arkham Asylum for the data, the Squad tackle all kinds of obstacles like actually obeying Waller’s orders, stopping Joker and avoiding Batman, all while trying to get along. It’s pretty hilarious, dark, and intense all at the same time.

The main characters of the movie are the Suicide Squad. The roster consists of Deadshot, Harley Quinn, King Shark, Black Spider, Killer Frost, and Captain Boomerang. The team is a total ragtag group of criminals and villains who don’t care about anything other than their own desires. Their divided focus leads to multiple arguments, fights and screw-ups. Amanda Waller tries to keep the group in check, but the range of personalities within the group is difficult to control. Making things worse, the Joker has a plan of his own which threatens to derails the team’s mission and Harley Quinn’s loyalty to the team.

Deadshot is the team leader with a strict set of rules to complete the mission so he can reconnect with a loved one. His relationship with the other members, like Captain Boomerang, tests his patience quite a bit. Captain Boomerang is a bit of a loose cannon, doing what he wants when he wants, which is pretty fun to watch! I’m glad Killer Frost was on the team because she added super powers to the line-up and another menacing lady to the team.

Harley Quinn is pretty over the top as expected and seems to be enjoying life in a way most people wish they were. I love how wild King Shark is. He’s quite violent with his razor jaws, but can also be kind which is an interesting contradiction. Black Spider is the most mysterious member of the team. While I wish he had more lines and more to do, he is a pretty cool dude with some sweet moves and his presence, alone, is intimidating. Since this is the Suicide Squad, don’t expect everyone to make it out of the story alive.

Despite being the titular character of the movie, Batman: Assault on Arkham portrays Batman as the villain trying to stop the team at every turn. It’s quite exhilarating to see Batman from the criminals’ perspective as he’s much more frightening than he is as a hero in his own story. Meanwhile, the Riddler, known for his trophies in the games, has an interesting role in the story in relation to the team’s mission.

The blend of voice actors returning from the games is pretty solid. Returning game voice actors include Kevin Conroy as Batman, Troy Baker as the Joker, and CCH Pounder as Amanda Waller alongside a few others I won’t spoil, while new voice actors include Giancarlo Esposito as Black Spider, Neal McDonough as Deadshot, Hynden Walch as Harley Quinn, and Matthew Gray Gubler as the Riddler.

One of the best parts about Batman: Assault on Arkham is that it works as a standalone movie and a tie-in to the Batman: Arkham games. You don’t need to play the games to understand this movie and you don’t need to watch this movie to further understand the plot of the games. Overall, Batman: Assault on Arkham is just a really fun time and a great way of bringing the games to an animated movie while spotlighting the Suicide Squad.