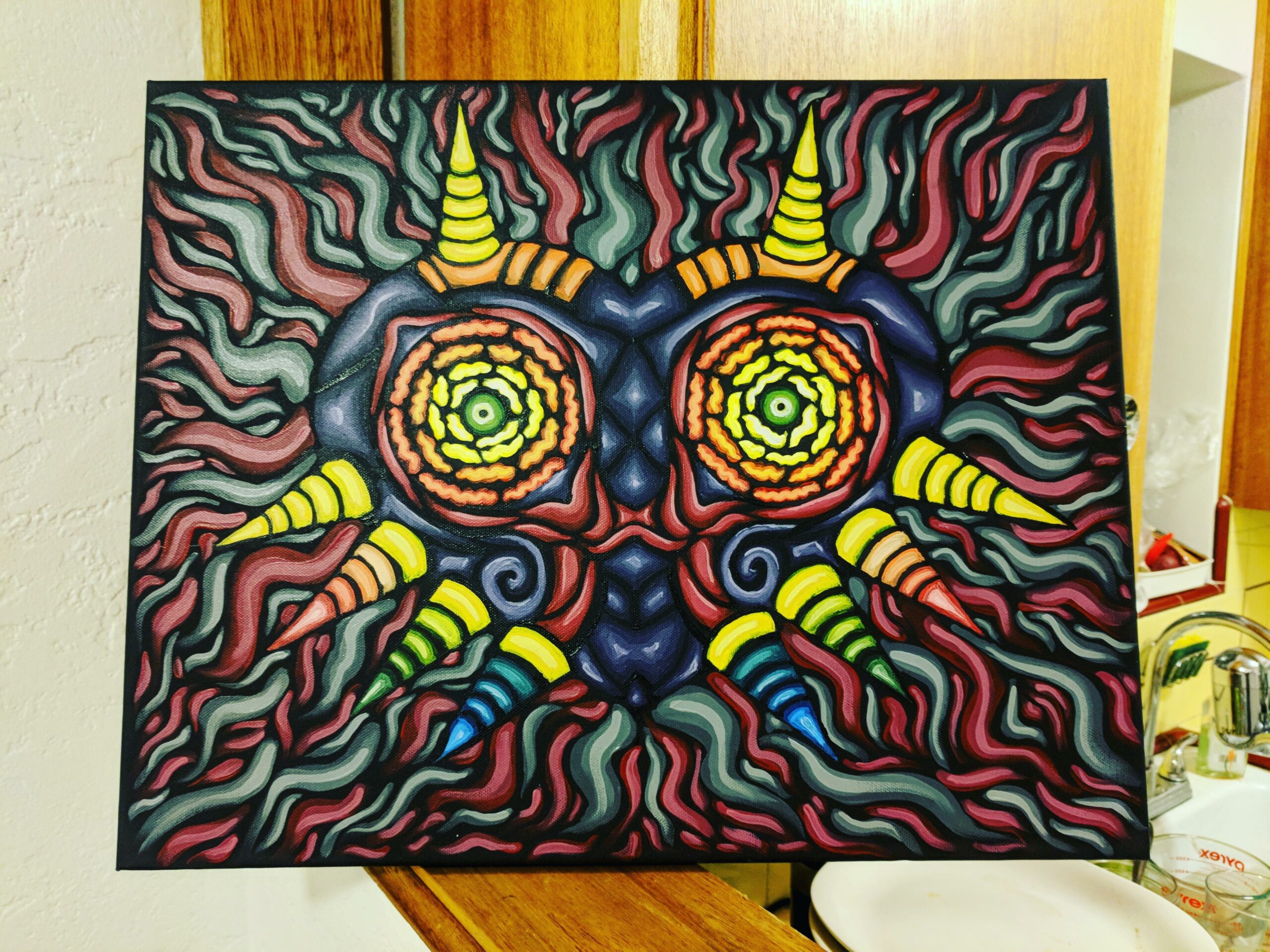 This painting perfectly encapsulates that

Although it’s a little more obscure than say, a Pac-Man logo, Zelda‘s Majora’s Mask is recognized by quite a lot of people, even if they aren’t into the series. It came out at a perfect period when everyone was high on Ocarina of Time, and polarized that very audience with a more somber and frantic tone.

A decade plus and a 3DS remake later, some of those people have recognized its achievements, and the mask itself remains iconic. That’s partly why this painting from Anilxe is so mesmerizing — those of us who have played Majora know the significance of the mask and why it seems to pierce our very souls.

Even if you’re not big on Zelda in general, it’s hard to deny how much it’s seeped into pop culture as a whole.