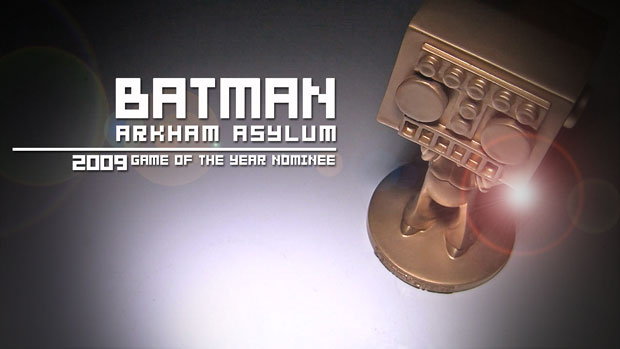 Here we are with our final nominee for Destructoid Game of the Year 2009. (You can click here, here, here, and here for the previous four that were revealed all week!)

Hit the jump to find out the 5th nominee for Destructoid Game of the Year 2009 (and for the list of runner-ups as well!), watch Rey’s video for your daily fix of pretty people, and make sure to check back this Monday (12/21) for the grand announcement of the winner! Who knows? Maybe I will be the one wearing a tight t-shirt, cut-off shorts, and dancing around to something by that Lady Gaga character. 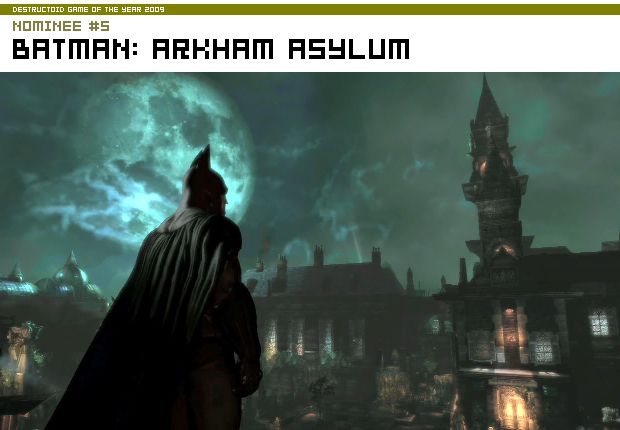 I think the entire world of gamers collectively groaned when they heard a semi-realistic, Unreal Engine-fueled new Batman game was going to be coming out for multiple platforms in the summer of 2009. Sure, early images of Batman: Arkham Asylum looked incredible, but when was the last time a game based on Batman turned out even slightly good? The NES, maybe?

To the surprise of maybe everyone, Batman: Arkham Asylum not only turned out to be an incredibly good Batman game, it may be the greatest videogame based on any comic book character ever. Seriously. Batman: Arkham Asylum benefits from its wickedly slick presentation, but excels because of its exquisitely designed, surprisingly Metroid-esque structure and killer stealth action gameplay. Whew! That’s quite a description, but it only scratches the surface of how incredibly deep and satisfying Batman: Arkham Asylum really is.

As fellow editor Samit Sarkar perfectly put it in his initial preview, when you play Arkham Asylum, you constantly want to shout “I AM THE GODDAMN BATMAN!”

From our original review: “Arkham Asylum is the single most fun stealth game ever made. Period.”

What do you think of our final fifth nominee? Were you just as surprised by how good Batman: Arkham Asylum turned out to be? Now that all five nominees have been revealed, which game deserves to win? Which game do you think will win? And what are some of your favorite videogames of 2009?

Don’t forget to check back Monday (12/21) for the reveal of the winner of Destructoid Game of the Year 2009!

… and, for the curious, here is a short list of the games that almost made the final cut. It was a really close race this year.