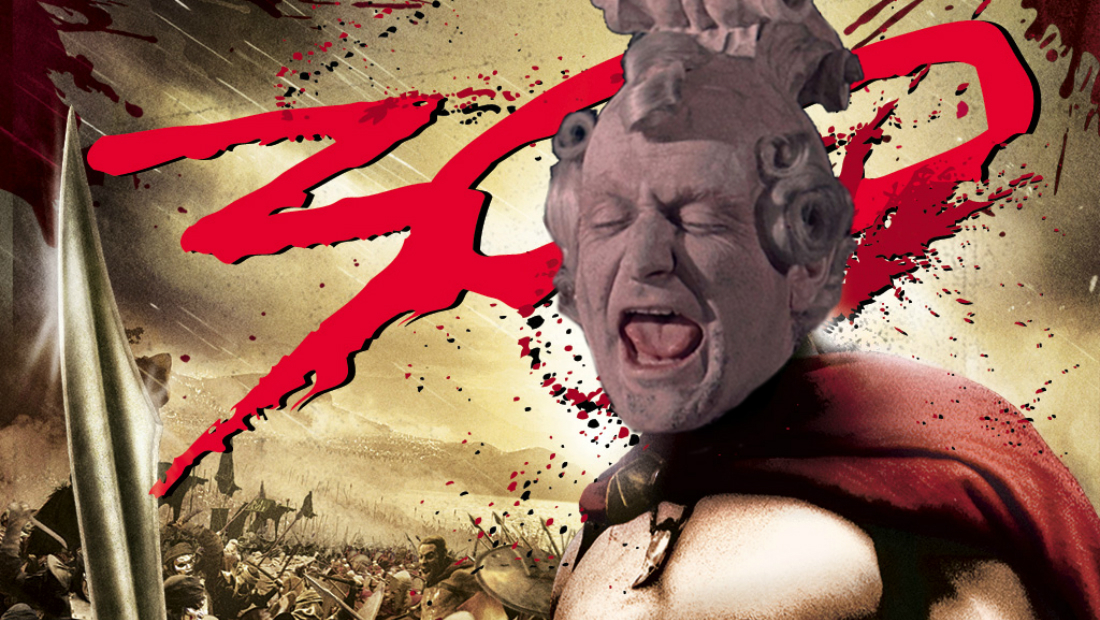 Greetings, you faithful servants and beautiful ladies, and welcome back to The 300, my adventurous attempt to see more than 300 movies in theaters in 2018. I’ll be watching new releases, classics, hidden gems, and festival films to experience the wide world of cinema in all its form. With so much moviegoing variety, there’s probably something you’d be interested in as well. If not, that’s all on you.

Another week of coasting as I’ve surpassed 300 movies. Activity will pick up with the next installment as I already have a fun week of movie-watching planned ahead of time. “Fun” being a relative term, I suppose. One of the things I realized since completing The 300 is how much time I’ve spent watching movies (more than 22 days worth of films if watched back to back), schleping to movies by subway (at least an hour per outing), and writing about what I’ve watched (I estimate about four and a half days worth of keyboard hours). By the very end of 52 weeks of film writing, I’ll include a word count for these weekly features.

The numbers leave me a little aghast; my mind has started converting all the time I’ve spent watching and thinking about film into other worthwhile activities. I could have read at least 45 more books this year in that time, and completed my short story collection, and made lots of progress with my novella/short novel, and been a better friend, and been more engaged with the world. I love movies, but to immerse oneself in an obsessive activity like this to the semi-exclusion of other passions is odd to me. I feel aesthetically malnourished. Does it make sense to say I feel a deep nutritional deficiency given all of the other things in the world that my brain needs? I may have overeaten, but I am also somehow starving.

So yeah, I only saw three movies last week.

The last time I saw Terry Gilliam’s The Adventures of Baron Munchausen on the big screen was when I was eight years old. I’ve seen it countless times since then, and it remains this exciting act of imaginative defiance every time I see it. In hindsight, the plot and production of Munchausen embodies the chaotic, quixotic, self-inflicted undoing that’s become associated with many of Gilliam’s subsequent works. Beyond the visual imagination on display—recreations of Botticelli, nods to Brazil, moments that feel like an illustrated fairy tale science textbook—Munchausen may be my favorite Gilliam movie because it is the sort of movie only Gilliam could make. It’s a movie about himself, a fiction about the facts of his inner life. Munchausen is the proto-Don Quixote as an on-screen Gilliam surrogate: an unreasonable man on a quest to do impossible things, and convincing others to trust him on this perilous endeavor against their better judgement.

The whole of Munchausen is a clash/synthesis of opposing forces. Our unreasonable hero combats the Age of Reason. The fabulist flimflam of the story merges with the facts of world. A childlike enthusiasm is the only hope for the elderly to sally forth. Old codes of masculinity are subverted (though somewhat restored rather than mucked-up and left complicated). There’s a very literal mind/body problem. The bloody combat feels like a carnival. Underlying all of these juxtapositions is the earnest imperative of Sally (Sarah Polley), a young girl who wants to save the day and, more importantly, find out how this story ends. Baron Munchausen reminds me that while the philosophical and kissy stuff of storytelling is great, sometimes what we really want is to see what happens next. (Get on with it already, old man!)

The Adventures of Baron Munchausen would make an interesting double feature with Jacques Tati’s PlayTime, which I saw last week (The 300 Week 47). Both were expensive box office bombs, yet each film is an adult celebration of childlike wonderment. The carousel roundabout near the end of PlayTime finds its bloody cousin in Munchausen’s melee calliope—the mighty steed Bucephalus twirls in place, like some fixture in a hack-and-slash music box. Munchausen might also play a fascinating double feature with Polley’s masterful 2012 documentary Stories We Tell, which merges fact and fiction to explore the narratives we construct.

In 2016, I felt like John Carney’s Sing Street was a better musical and had better songs than Damien Chazelle’s La La Land. This year, there’s another scrappy UK teen musical that’s better than a high-profile American musical. That’s right. I think John McPhail’s Anna and the Apocalypse is a better musical and has better songs than Bradley Cooper’s A Star Is Born (The 300 Week 40). So much of the music in A Star Is Born belongs squarely in the “Guy at a party brings out his acoustic guitar when no one f**king asked him to” genre. Anna and the Apocalypse captures earnest teenage feelings while also being fun. And a zombie movie. And a Christmas movie.

Anna is Shaun of the Dead by way of High School Musical. As our teenage heroes deal with the quotidian stresses of life and the holidays, there’s a zombie outbreak. Songlarity ensues. Some standout tunes from the soundtrack include the upbeat downer “Hollywood Ending,” the joyous blast of “Turning My Life Around,” and the kooky naughty-Xmas parody “It’s That Time of Year” (basically a better “Santa Baby”). Two surprisingly moving numbers (“A Human Voice” and “I Will Believe”) even address the underlying sadness and nihilism of zombie apocalypse films, but with an adolescent gloom. Is there a more teenage feeling than the idea that because X-thing happened, the world is over?

Maybe Anna doesn’t go far enough in its exploration of zombie movie tropes, but I don’t think the film suffers for its lack of genre deconstruction. It would be a different film. In its current form, Anna and the Apocalypse is a total bop. And a romp. It’s a Christmas zombie musical bop romp. Happy holidays indeed.

Don Lee (real name Dong-seok Ma) is best known to international audiences as the burly zombie-killer in Train to Busan. There are few things more badass than wrapping duct tape around your arms so you can beat up zombies with your bare hands. Lee’s breakthrough performance in that film led to leading man status. I haven’t seen the many South Korean films this year, but I intend to remedy this through streaming. I’ll probably catch up with some post-Train Don Lee movies, notably Champion, in which Lee plays a professional arm wrestler. (Anyone up for a double-feature with Sylvester Stallone’s Over the Top?)

Unstoppable is a pretty solid throwback ass-kicker, the sort of action movie that might have been made in the 1980s, or served as a Liam Neeson vehicle today. When Lee’s wife is kidnapped by a rich human trafficker, he takes the law into his own hands. The blend of slapstick and brutal throwdowns is underscored with a righteous sense of class injustice. The mega-rich operate under different laws and values than the working class, and they reduce the meaning of human life to a bag full of money. Lee’s character and his wife Ji-Soo (Ji-Hyo Song) assert that there’s more to living than money even though their problems could be solved with just a little bit of cash.

Unstoppable functions as a kind of working class revenge-fantasy, where our heroes get to eat the rich and have it too. The fights aren’t that flashy, but they hit hard. Lee’s a bruiser, and brings people down with shoulder tackles, liver punches, and even a powerbomb through a table. In Korea, the film’s title translates to “Angry Bull.” Unstoppable is a slight pun, and gets at the underlying sense of the film’s old school action hero imperative.