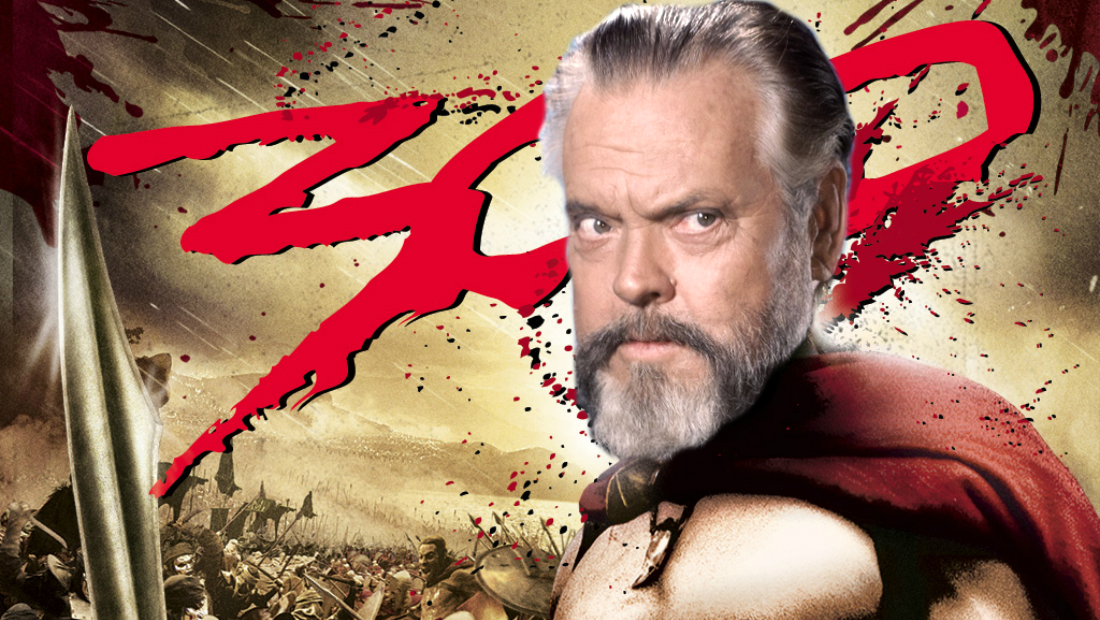 Why hello there, rosebuds, and welcome back to The 300, a magnificent feature on my attempt to watch 300 movies in theaters in the year 2018. I’ll be watching new releases, classics, hidden gems, and festival films to experience the wide world of cinema in all its forms. With so much moviegoing variety, there ought to be something here for you to enjoy.

This week is a little slower than usual, and part of it due to the need for some downtime. I completed a full month of covering the 2018 New York Film Festival (The 300 Week 38, The 300 Week 39, The 300 Week 40). Counting this week’s films, I caught 24 movies that played at NYFF 56. My favorites coming out of the festival include Alfonso Cuaron’s Roma, Pawel Pawlikowski’s Cold War, Hirokazu Kore-eda’s Shoplifters, and Yorgos Lanthimos’ The Favourite. I also loved the title short from Joel and Ethan Coen’s The Ballad of Buster Scruggs, though the rest of the shorts varied in quality.

I wanted to catch more movies at the 2018 Brooklyn Horror Film Festival over the weekend, but New York City’s subway problems made getting around a hassle. I caught a doozy of a cult film at BHFF, however, and will be catching two more movies at the fest this week.

As of this writing, I have 30 movies left to go. 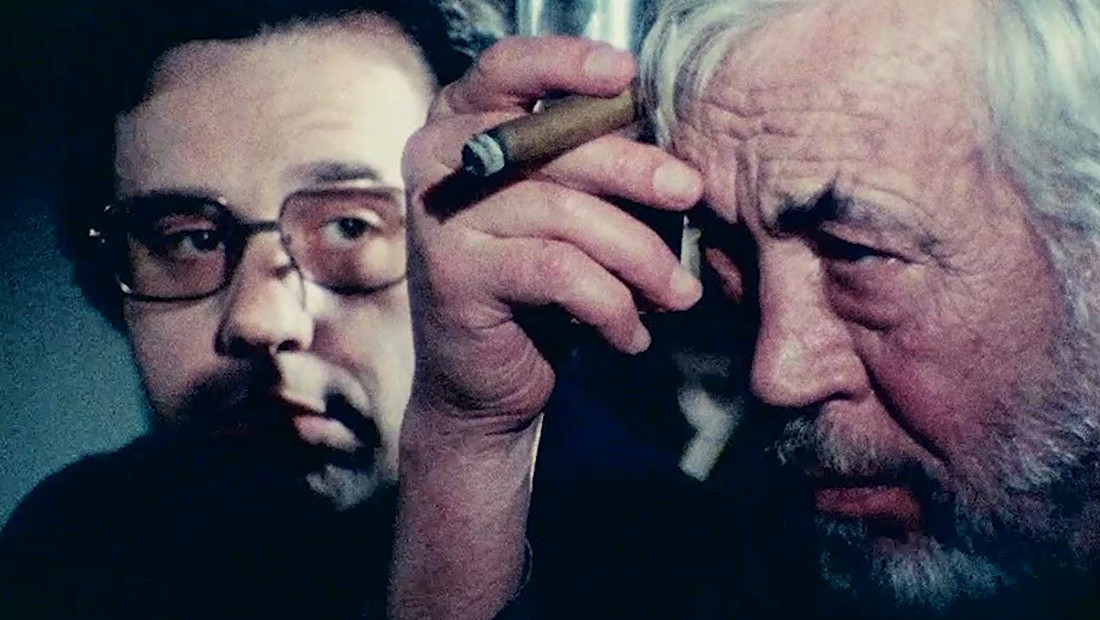 Orson Welles’ final film, The Other Side of the Wind, was shot from 1970-1976, but it wasn’t fully assembled until this year. The movie feels like the self-indulgent temper tantrum of an artist recognizing how his career has dwindled over the decades. It’s a work of impish resentment, a nasty open wound of a movie that’s more notable as an artifact than a work of art. The bulk of the film is a fake-documentary about the director Jake Hannaford (John Houston) during his 70th birthday party. Filmmaker Peter Bogdonavich (Welles’ real-life friend and protege) plays Hannaford’s protege, and he spends most of the movie appeasing his drunken mentor. There’s also a film-within-the-film called The Other Side of the Wind, which we see portions of between the fake documentary footage. The wordless film-within-the-film mostly consists of Welles’ real-life partner Oja Kodar walking around naked while pursued by a guy who looks like Jim Morrison.

The Other Side of the Wind is meant to be an attack on the Hollywood establishment that’s held Welles down over the years, but it fizzles into glum self-pity. Hannaford is a drunken and resentful oaf, and his fate isn’t compelling since he isn’t compelling. As for the movie-within-the-movie, Welles mocks the European art movies of the late ’60s and early ’70s, particularly Michelangelo Antonioni’s Zabriskie Point, but to what end? He feels that they’re more style than substance? Great—tell me something new. I found the film-within-the-film more interesting than the haphazardly constructed party sequences, where the audio quality varied so wildly from shot to shot I couldn’t catch most of the dialogue. The entire production was improvisational, and if you’ve done improv before, you know that a scene can sometimes go nowhere. That’s The Other Side of the Wind for me.

Welles only finished editing about 40-50 minutes of the movie himself. Editor Bob Murawski was tasked with finishing the movie from the 100 hours of raw footage (with some scenes still unshot), using Welles’ notes as a guide. The documentary footage in Wind feels so staccato, with cuts coming quickly, arbitrarily, and suddenly. It’s disorienting, and it makes the framing documentary feel just as artificial as the film-within-the-film. At least the film-within-the-film is shot with great care, and some of the sequences (which Welles edited himself) are rather striking.

When making art, a work-in-progress is constantly changing and the process necessarily adapts to address those changes; it is one of those moments when the art itself feels like a living thing. Perhaps the greatest difficulty of editing The Other Side of the Wind was making a living thing from incomplete footage and the notes of a dead man. I wonder how different the movie would be if Welles completed it himself. The people who worked on The Other Side of the Wind tried to guess what Welles would have done, but the point of Welles’ genius is that only he could have done it.

When reviewing Morgan Neville’s They’ll Love Me When I’m Dead (The 300 Week 39), I wondered if the documentary about the making of The Other Side of the Wind was meant to be a supplement to Welles’ film. I think both should be seen together since they feel incomplete without one another. The Other Side of the Wind is all about the chip on Orson Welles’ shoulder, They’ll Love Me When I’m Dead demonstrates how big that chip was, and my mixed-negative feelings about the completed film make me recognize the scope of his absence in his own film. 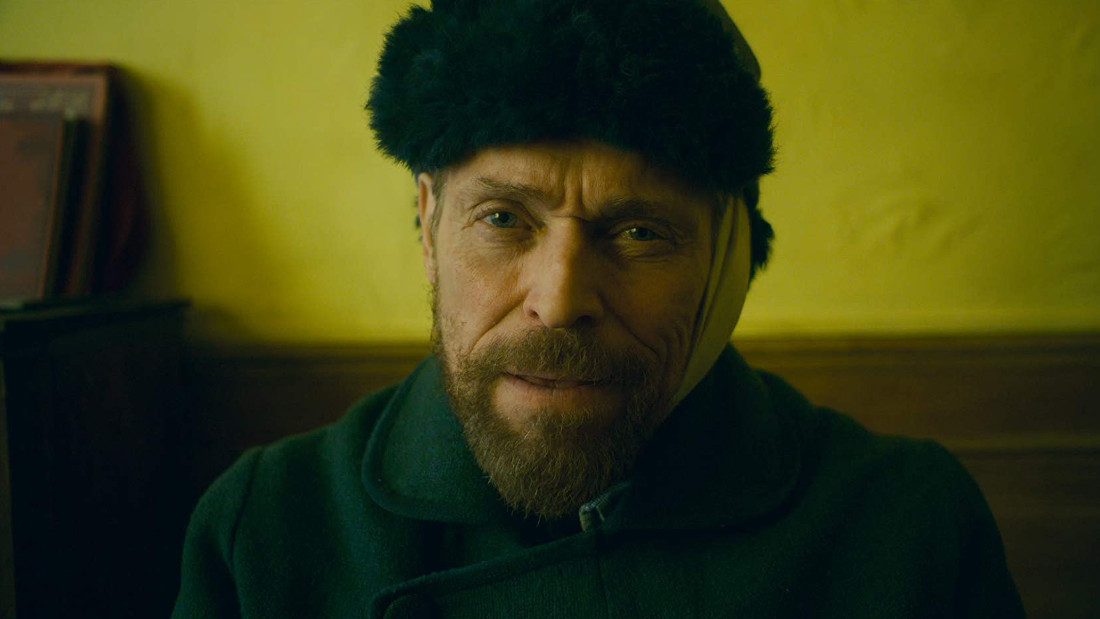 The latest biopic from Julian Schnabel, At Eternity’s Gate chronicles the final years of Vincent Van Gogh’s life. Like Loving Vincent (The 300 Week 4), there’s a painterly quality to the film that can feel sublime. We get to occupy Van Gogh’s headspace as he recognizes the bucolic splendors of Arles, and as his talents and integrity are questioned by everyone around him. As Van Gogh, Willem Dafoe gives a great performance, vacillating between states of bliss and moments of paranoid agitation. There are so many moods conveyed just in the way Dafoe tenses his eyes or grimaces, and they’re heightened by some of Schnabel’s choices in presentation. Dafoe gets to paint some of the Van Gogh recreations himself; he copies the lines well, and ditto the small strokes that look like gouges in a woodcarving, but he doesn’t always use the same thickness of paint to create the amount of texture on a Van Gogh canvas.

While I like about half of the movie, there are moments of At Eternity’s Gate that feel too mannered for my taste. Almost all of the dialogue feels like a declarative statement about capital-A Art and capital-P Painting, particularly when Van Gogh discusses aesthetics with Paul Gaugin (Oscar Isaac). I don’t mind Schnabel (who is also a painter) using artists as vessels for aesthetic discourse, but there’s a clunkiness about it that’s hard for me to get around. The interrogative scenes between Van Gogh and non-artists also become repetitive. It makes sense that Van Gogh would feel like others question his talent and worth as an artist, but perhaps there could be more variety in the lines and modes of questioning. I guess, in a way, I’m left wanting for more texture and thickness. 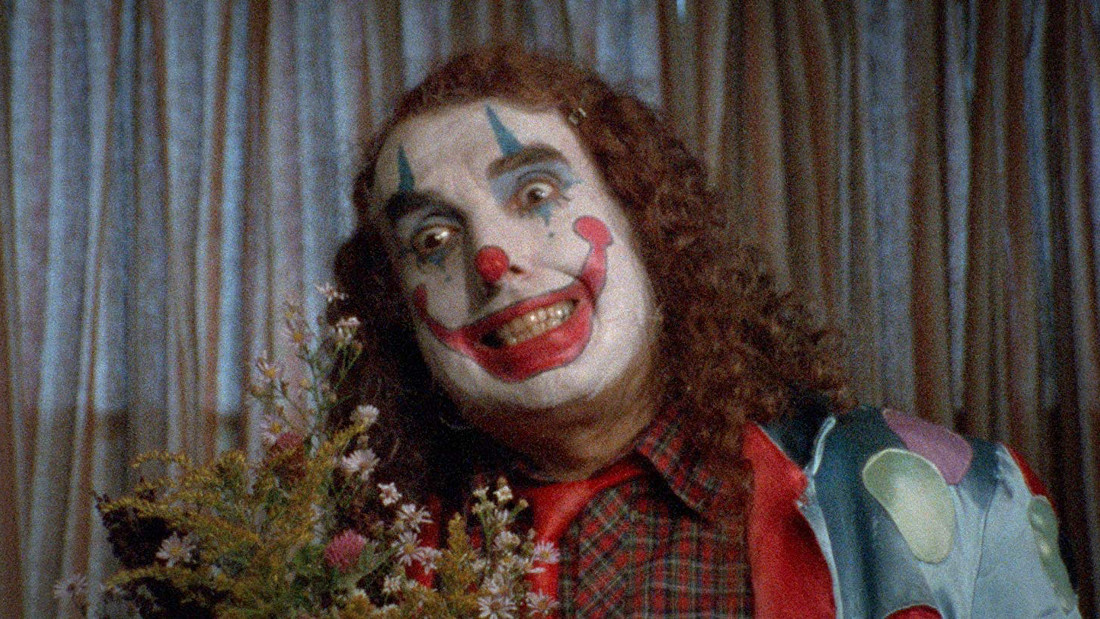 In Blood Harvest, Tiny Tim plays a crazy person who dresses as a creepy clown. Yes, that quirky ukulele guy best known for his warbly, falsetto voice and lovable novelty songs once had a prominent role in an obscure 1980s slasher movie. His role is more stunt casting than anything else, and he seems to be occupying his own bizarre film adjacent to the action in Blood Harvest. Without Tiny Tim, Blood Harvest is a sleazy slasher movie that doubles as a cautionary tale about the dangers of the Nice Guy. With Tiny Tim, it’s a cult oddity that’s been given a 4K restoration. I’m not sure I like Blood Harvest, which has its requisite doses of gore and T&A and is effectively skeevy when it sets out to be, but I do like the fact that Tiny Tim is in it. (On the note of texture.) 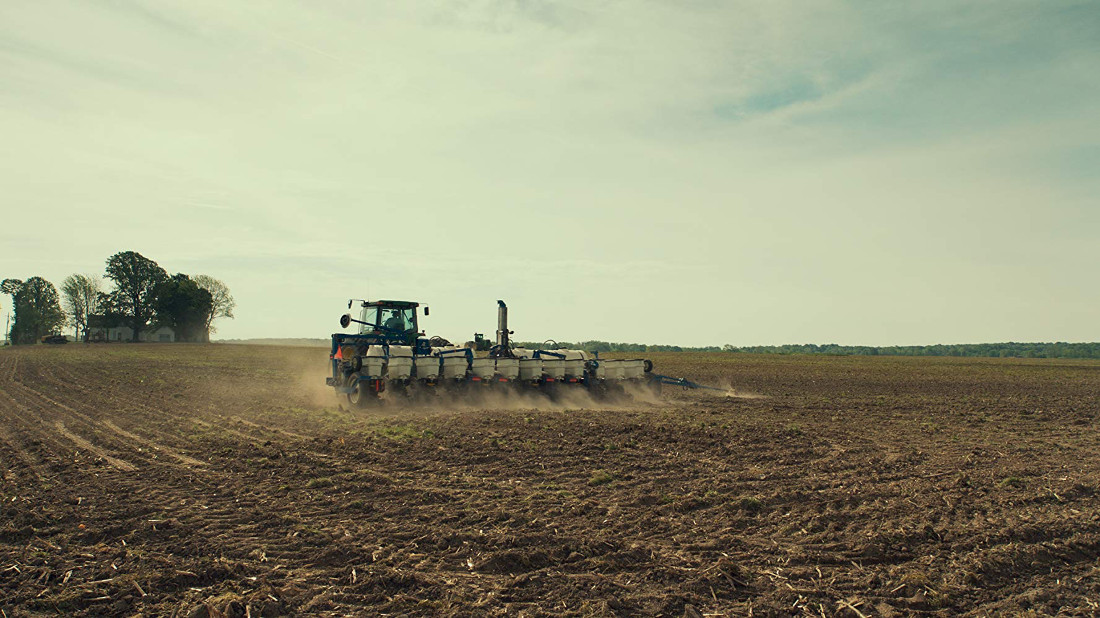 Frederick Wiseman enters the fifth decade of his career as a filmmaker, and he still makes expertly observed documentaries that chronicle different ways of life. Monrovia, Indiana is his latest film, which provides insight into the daily concerns of a 1,000-person township in rural America. What’s always fascinating about Wiseman’s movies is the way life unfolds on film, as if the people we watch have somehow forgotten there is a camera present. We learn about their political and spiritual life without any sense of judgement; in Wiseman’s movies, there is little outside objection or interjection. Even when the issues sound so granular and region-specific, Wiseman lets the discussion play out to reveal the underlying universal concern for the community and its future.

We get a sense of the people as well as the place in Monrovia, with Wiseman transitioning from specific locations to various spots in town and on its outskirts. We see cornfields at different times of year, and major streets, and suburbs, and key buildings. These locations made me aware of my own recurring haunts and the space I was in at the time. I saw the film with an urbane NYC audience, and I noticed some patronizing laughter here and there over accents and what people were struggling with. It was disheartening, but maybe speaks to the bigger American divides that have grown in the last 25 years. That’s another strength of Wiseman’s movies: the nature of his unobtrusive observations help call attention to our own worldviews in the face of the other.

The movie is so strange and funny and meditative once you get into its rhythms, and it’s even a little gross. (There’s an off-putting elective surgery performed on a dog in the film.) Such is Wiseman, and such is life. I couldn’t make it to the NYFF press screening for Monrovia, Indiana, so I was glad to catch the film at this later screening that coincides with its limited theatrical release on October 26.