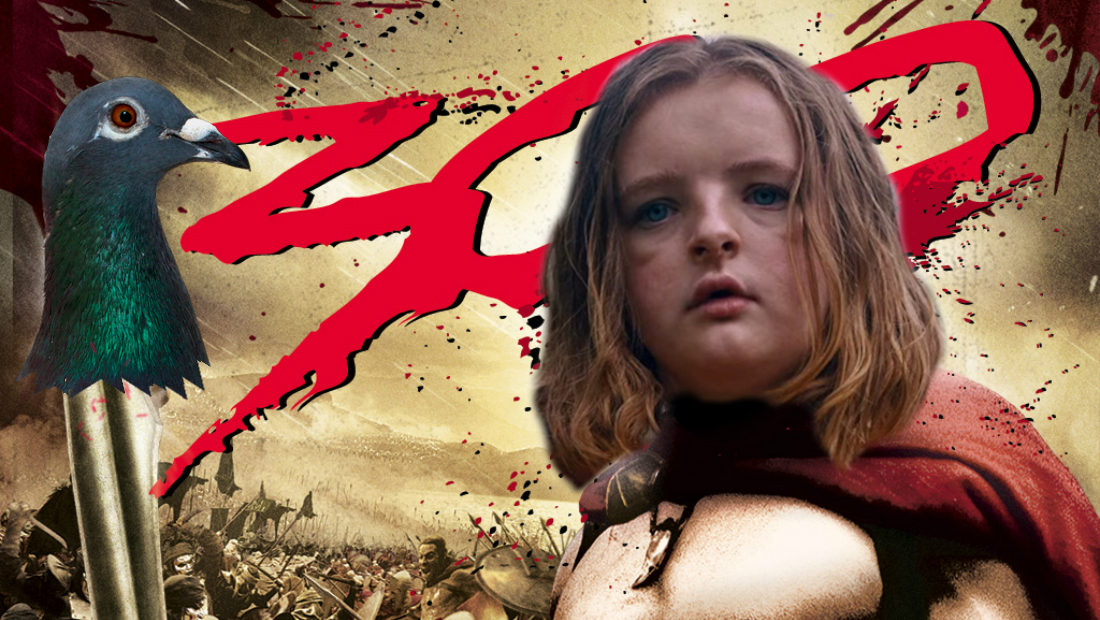 I love a movie that got a D+ on Cinemascore, and I’m totally okay with people not liking it

Greetings *tongue click* and welcome back to The 300, a recurring feature on my horrific attempt to watch 300 movies in theaters in the year 2018. I’ll be watching new releases, classics, and hidden gems to experience the wide world of cinema in all its forms. With so much being watched, there should be something each week that you can also enjoy.

This week was mostly new releases for once, with lots of catch-up on movies that were just released or that had slipped by. I’ll be back to the usual old, new, borrowed and blue routine for a week or two, and then will hopefully catch some movies at the 2018 New York Asian Film Festival (NYAFF), which runs from June 29th through July 15th. That’ll lead into the 2018 Japan Cuts Film Festival, which runs from July 19th to 29th. This period in the summer means a massive showcase of new and classic films from all over Asia.

But hey, you’re here, and you’re family. Let’s pass the breadsticks, talk about your day at school, and why your teacher gave you a D+ on that essay you worked so hard on.

Upgrade is such an effective throwback sci-fi movie pulled off on a modest budget. A man gets an experimental chip put into his body to find the men who murdered his wife. Revenge-larity ensues, and then takes a detour. Relying on a lot of practical effects and stuntwork, Upgrade gets all of the fun and creativity it can from its high-concept, nodding to movies like RoboCop, Scanners, and Total Recall. The retro-future landscape is like the 80s in the era of the modern tech-capitalist dirtbag, making it look just futuristic enough. We could use more low-budget sci-fi and horror movies like this.

I’ve read and loved a few Anton Chekhov short stories, but I’ve never read or seen one of his plays. Mayer’s adaptation of The Seagull may not have been the best place to start. Something just feels off, and I can’t quite put my finger on it. The cast is solid as they portray artists and hangers-on in crisscrossed love triangles by a lake, though maybe their acting is too contemporary for the period setting. The direction of the whole film seems to lack a sense of heft, or even a sense of why this story of fame, obscurity, vanity, and depression is worth telling. The film includes one of my pet peeves: starting the movie with the penultimate scene, and then flashing back to show how we got there. It’s rarely effective, and usually annoying.

I was surprised to learn that Summer 1993 is Simón’s feature-length directorial debut. This autobiographical narrative film is so incredibly shot and composed, and one of the most moving on-screen depictions of childhood I’ve seen in a long time. After the death of her mother, a six-year-old girl goes to live with her aunt and uncle even though she’d rather live with her grandparents. What follows is so sad and tenderhearted, compassionate to the poor girl and her new parents without sugar-coating the situation; a joyous examination of what it’s like to find a home and love.

Simón keeps her camera low to the ground to enhance the childlike POV. You can sometimes forget what the world is like when you’re forced to look up at everything. Isolated shots of Frida (Artigas) drive home a young sense of isolation and alienation. These are feelings too mature for a six-year-old to fully process, but they’re gut-wrenching for an adult who can recall that sense of being both lost and alone in a crowded room. I loved how well Summer 1993 recreates the rituals and rules of childhood without having to explain them, and how occasionally we get just enough of the aunt and uncle’s interior lives to understand how difficult this adjustment is for them as well. I can easily see Summer 1993 landing somewhere in my Top 10 of 2018.

Barry Lyndon is so gorgeous to look at on the big screen. Every shot is so painterly and composed, with remarkable control over natural sources of light. Kubrick and cinematographer John Alcott continually provide the eye with something to enjoy or obsesses over. This is a glacial picaresque, but I don’t think this story of a bumbling guy (who becomes a bad guy) happening into good luck is boring. There’s such a fascinating rise and ruination that unfolds over time and across a few countries, and it’s done with such an assured stateliness.

So much as been written about how bad O’Neal is as the lead character. I love the guy in Peter Bogdanovich’s Paper Moon (one of my all-time favs), but he’s completely out of his depth here. And yet, I think O’Neal being not-great works great by accident. Redmond Barry lucks into and out of situations and seems out of place wherever he lands; O’Neal, similarly, lucked into Barry Lyndon and seems like he shouldn’t be there. I know, I know, this is just a quirk of fate considered in retrospect, but just go with it.

Hereditary currently has a D+ on Cinemascore, which seems about right given where the movie goes. And yet Hereditary is also one of my favorite movies this year. It’s a reminder that taste is subjective, opinions on art differ, and that is okay. A lot of what we get out of art depends on what we bring to it and read into it. That might be especially true of horror since fear (at a deep existential level) can be so personal.

On its surface, Hereditary is an arthouse horror pastiche of Ordinary People and Rosemary’s Baby, with a little bit of The Wicker Man and Don’t Look Now thrown in for additional horror cred. Aster directs the film so deftly, with remarkable performances from Collette and Wolff offering a nightmarish sense of unease from the outset that rarely lets up. It’s a bit like a suburban folk horror movie, where the story reveals a more primal force beneath the gloss of normal, ordered life. Editors Jennifer Lame and Lucian Johnson deserve lots of credit for how unnerving the movie becomes, using match cuts, jump cuts, and off-kilter transitions to convey deteriorating psychological and metaphysical states. Cinematographer Pawel Pogorzelski hides so much in the shadows that the eye finally registers with a chill of recognition.

But I think there’s more going on than the sinister veneer. Hereditary focuses on a grieving family fighting forces beyond their control: a history of mental illness, hints of physical and emotional abuse, food allergies, hormones, and the supernatural. I mentioned in a review of The Changeling (The 300 Week 22) that I like the parts of supernatural stories that focus on our inability to resolve problems. Complete helplessness is one of my greatest fears, and Hereditary feels like an extended descent into helplessness. Even when we try to work out our issues through art, therapy, or the bonds of family, these acts and these systems fail. Faith and order breaks down, and the reassuring rules of the universe are upended. Worse, the old rules are exposed as mere fictions. In truth, we are powerless, and worse, there are outside forces that have been bending us for our entire lives.

The women of Ocean’s 8 have such presence when they’re on screen, and they keep the movie watchable even when it frustrates. Ocean’s 8 isn’t bad, but it zips along and breezes by to a point of near disinterest. The thin screenplay deserves lot of the blame, and so does Ross, whose direction lacks the style to make the movie feel as thrilling or daring as it could have been. Daniel Pemberton’s constant score is also a major muzak-y distraction, dictating the mood way too much rather than complementing the on-screen action. The best parts of the film are usually when the score is absent, a scene is given a chance to unfold, and Debbie Ocean’s crew is allowed to interact, plot, quip, and hang out. These ladies deserved better.