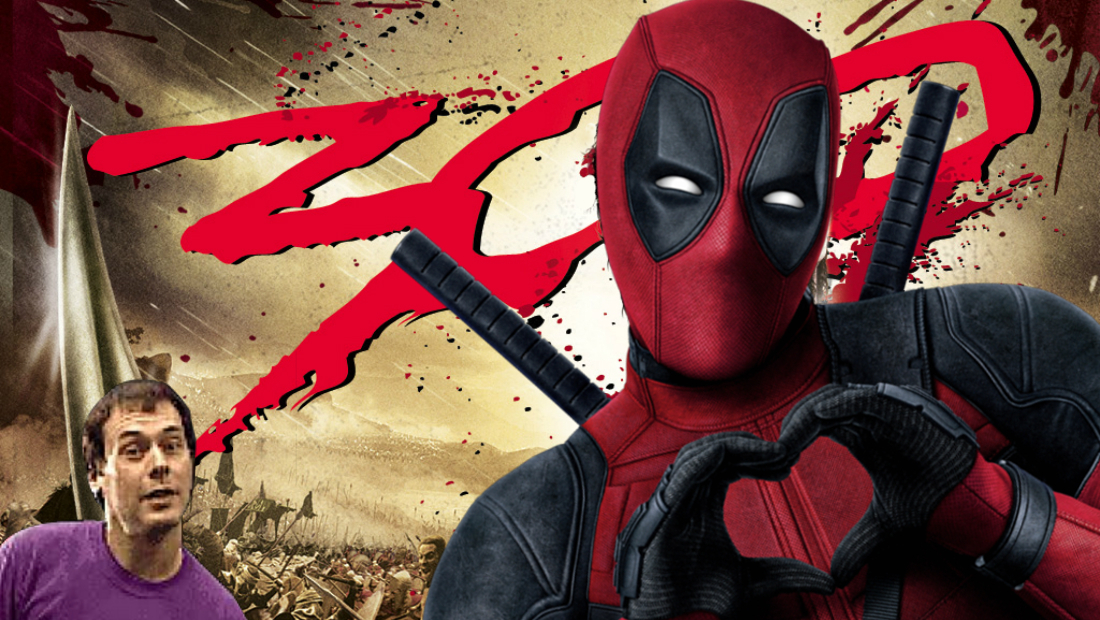 Hey, you guys, welcome back to The 300, a recurring feature on my silly attempt to watch 300 movies in theaters in the year 2018. I’ll be watching new releases, classics, and hidden gems to experience the wide world of cinema in all its forms. With so much being watched, there should be something each week that you can also enjoy.

A slightly slower week than usual because of friends coming in from out of town and some other obligations, but a pretty sound group of movies this week. And, somehow, MoviePass has not yet gone under. Still having occasional issues with ticket verification, which seems to be affecting a lot of other MoviePass users. Eventually this will get worked out. Maybe.

By the next installment of The 300, I will hit the midway point of this endeavor. A lot of this is thanks to the 2018 Tribeca Film Festival (The 300 Week 16 and The 300 Week 17), while the rest is all moxie. If MoviePass remains viable for the rest of the year, I might be hitting the goal way ahead of schedule. (I’ve just jinxed myself.)

An apparent staple of Hong Kong television, All About Ah-Long is a tearjerker about former lovers reunited and the child they have between them. I’d always thought of Chow Yun-fat as a dashing Cary Grant sort of actor, so seeing him play such a low-class lowlife was well against type. He also has such an awful haircut for most of the film. Chang is a measured and reassuring presence in the film, able to carry much of the drama in her conflicted expressions. She helped write the screenplay for the movie during production, which was nonexistent on the first day of shooting. The melodrama culminates in an over-the-top flourish of classic Hong Kong violence that’s absurd but also perfectly expressionistic.

I don’t know that I like Brewster McCloud, but I’m sure I will never forget it. Cort (portrayed as part modern Icarus and part sex god) is a quirky outcast living in the Astrodome trying to make wings so he can fly. Those who get in his way are killed via bird s**t. The plot of Brewster McCloud doesn’t matter so much as the mood and the penchant for weirdness. Some of the moments that evoke flight are transcendent. This is a work of lunacy. According to Metrograph’s Twitter account, a young fan once told Altman that Brewster McCloud was his favorite film. Altman replied, “You have excellent taste. And terrible judgement.”

The King and the Mockingbird began its life in 1940s, though it was released as an incomplete work in 1948. Grimault was able to obtain the rights to the film, and eventually completed it as he originally envisioned in 1980. This 30-plus-year gap explains why some of the animation varies in style and the pacing is occasionally glacial. Yet taken as a whole, The King and the Mockingbird is such a beautiful, imaginative work of animation. The endless elevator sequence is hilarious, as is the anarchic storytelling, and the architecture of the impossible castle. It feels like a fairy tale evolving over the course of decades. As the film moves along, the latent revolutionary politics come to prominence, which leads to some lyrical images of class revolt in the wind down.

I liked Deadpool well enough, and I also liked Deadpool 2. The meta schtick grates in the opening 10 minutes, and it sometimes feels like the movie is trying too hard to land its jokes when it doesn’t need to. When Deadpool 2 finally settles in, it’s a rollicking good time with solid action sequences and a gruff meathead foil in Brolin’s Cable. Some of the overarching plot reminded me a bit of Hunt for Wilderpeople. Dennison’s in both films, and each movie is about the unlikely friendship of a child with a broken adult male who might serve as a father figure. I was also tickled by the Milligan/Allred-style X-Force/X-Statix moment.

If Deadpool 2 has a glaring issue, it would be with the fridging of one of its female characters. (The trope of fridging/women in refrigerators involves a woman being killed, harmed, or depowered in order for a male character to progress in his story arc.) It happens early, and while it sets the plot into motion, the fridging probably wasn’t necessary to tell this story. What’s odd is that for a film so self-aware of comic book tropes, the screenplay never directly mentions WiR or fridging. Hell, Deadpool makes an overt Rob Liefeld joke as an aside, and yet no acknowledgement of a well known comics cliche.

Writer Gail Simone, who helped coin and popularize the phrase “Women in Refrigerators” and also had a brief run on the Deadpool comic in the early 2000s, weighed in on the matter via Twitter. Simone said that she didn’t think Deadpool 2 was technically a case of fridging, though did not elaborate to avoid spoilers.

Regardless, I think this Carmen Maria Machado evergreen tweet is applicable:

Everyone should read Machado’s short story collection Her Body and Other Parties, by the way. It was one of the best books of 2017.

And on that note, let us now fill some space below with…

The 300: By the Numbers Breakdown

Now that we have hit the 20-week mark, it’s time to look at some numbers for this kooky endeavor. Have fun and compare it to the breakdown from The 300 Week 10.

Multiple Films by the Same Director(s)

So in addition to The 300, I’m also doing 52 Films By Women, in which I try to see 52 feature films in theaters directed by women.