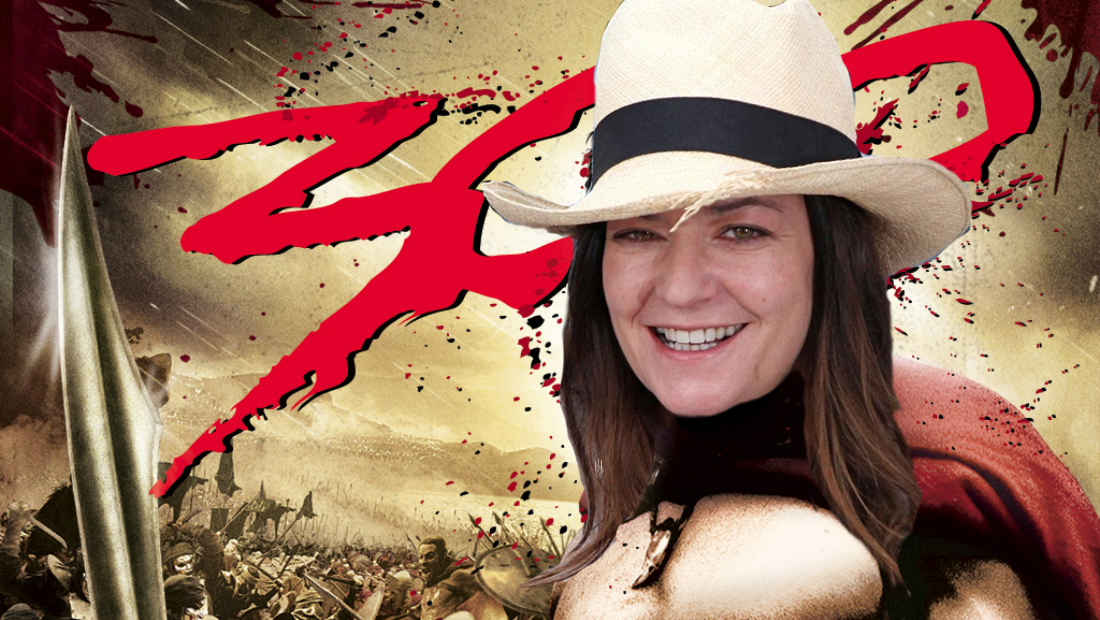 Why hello there, chum, and welcome back to The 300, a recurring feature on my stupid attempt to watch 300 movies in theaters in the year 2018. I’ll be watching new releases, classics, hidden gems, and festival films to experience the wide world of cinema in all its forms. I hope there’s something here for you to enjoy and share as well.

Lynne Ramsay’s You Were Never Really Here opened last week, and I was able to catch all of the Scottish director’s feature films in consecutive days starting with We Need to Talk About Kevin (The 300 Week 13). Seeing multiple movies by a filmmaker in close proximity calls attention to recurring motifs. I noticed a preoccupation with class and its limitations in her first two films, gold name necklaces and makeshift funerals in two movies, the intimacies of bath time and bathing, plenty of water imagery, a knack for depicting unease, and also a skill with carefully deployed needle drops. Ramsay’s such an idiosyncratic auteur with unmatched storytelling technique. I hope she gets to make movies more frequently now that there is additional attention on her work.

This week, I continue watching multiple films by the same filmmaker in close succession, this time the Argentinian director Lucrecia Martel, whose beguiling Zama was my favorite movie I saw in 2017. So long as the retrospective screenings do not sell out, I should be able to see all of her feature films. Keep in mind that An Elephant Sitting Still (the four-hour Chinese art movie I wanted to see last Sunday) sold out two separate screenings, so you never can tell what fortune will bring when it comes to NYC cineastes.

I’m so close to triple digits now I can taste it. This could also be the cinnamon in my oatmeal or the first signs of gingivitis. My goal is to hit the big 100 before the 2018 Tribeca Film Festival, which starts next week. As noted before, Jesse Lab and I will be catching many films at the fest, so check back here for our coverage.

Throughout Ratcatcher, poverty and state indifference reduce men and women to vermin. Children frolic among fetid trash bags and diseased canals in this portrait of class despair, with a dark coming-of-age tale nested within. Boys will be boys, and given how they treat one of the girls in the neighborhood, these boys will wind up wretched men; these cycles are imposed by circumstance and inescapable. Ratcatcher has moments of odd levity, like a mouse sent adrift by balloon into space to the sunlit tones of a marimba. And yet these bright spikes of unexpected joy make the glumness of the rest of the movie that much more tragic.

The first time I saw Morvern Caller was 14 years ago late at night, and I wasn’t able to get into it. Seeing it now as an adult, I wonder what in the last 14 years of adult disappointment has made me more receptive to a movie that thwarts a single definitive read. Morvern Callar is so well made and also, like its title character, so elusive. Following her boyfriend’s suicide, Morvern wanders aimlessly, her face inscrutable, her motives unpredictable. We’re never given access to her interior life, and can only try to read her through Morton’s enigmatic performance. This is also an invitation to read ourselves into her experiences, and maybe try to understand a mutual feeling of listlessness, alienation, and a sensation of being unmoored.

Watching it again, I’m reminded both of Meursault from Albert Camus’ The Stranger and Alain Resnais’ Last Year at Marienbad. I watch entranced as Ramsay guides me through moods via landscapes and soundscapes, which may delineate just a little bit of what’s going on in Morvern’s head. In a year or two, I’ll rewatch Morvern Callar and see what it makes me feel, and what sort of self-reflection it prompts. It’s always fascinating to grow up and revisit something like this; it’s the old story of the fisherman who comes back to the lake trying to catch that giant fish lurking at the bottom. I never intend to catch Morvern Callar, though. I just want to enjoy the quiet reflection on the water.

You Were Never Really Here is Taxi Driver for the world of the gig economy. (In other words, as a friend joked, Uber Driver.) Phoenix is a darkly off-kilter war veteran with PTSD who’s hired to save children from sex traffickers. The gruesome exploitation movie plot is enhanced by Ramsay’s execution, which seems clipped and off-balance in the best possible way. The oblique flashbacks and lingering unease allows some understanding of our antihero’s headspace; and maybe the movie seems more violent since some scenes rely on the violence just off camera or between shots. Jonny Greenwood’s excellent score evokes paranoia, claustrophobia, the meaty thud of a hammer, and the glowing spirit of early Brian Eno.

Up until The White Balloon, I’d only seen two of Panahi’s more recent films—This Is Not a Film and Taxi—which were both works of non-fiction filmmaking/political punk rock. The White Balloon, his first movie from a script by the late Abbas Kiarostami, is such charmingly pleasant children’s fare; I want to do a deep dive into Panahi’s filmography and politics to determine when and why he made his artistic shift. Here, a little girl simply wants a pretty goldfish before Persian New Year, with the plot unfolding a little bit like a fairy tale, a little bit like a slice-of-life of Tehran, and mostly like a shaggy dog story. (Shaggy fish story?)

Sweet Country’s gorgeous vistas of the untouched Australian outback are the perfect counterpoint to the country’s ugly colonial past. This bush western explores the country’s history of racism as an indigenous farmhand is accused of the cold-blooded murder. Given the power dynamics in place, there is no hope for any indigenous characters in the film. Even well-meaning colonizers like Neil’s benevolent priest can’t help but be complicit in some form of oppression, no matter how benign. There’s even a sense of hierarchy among the ingenious characters, which reveals the self-perpetuating cycle of white supremacy even among the oppressed.

A Quiet Place has the feel of a memorable Twilight Zone episode. The movie is so expertly executed in terms of its craft, with great sound design and visual storytelling that heightens the dread. Krasinski deserves major kudos for his direction, and after just two roles, Simmonds is a compelling on-screen presence. At its heart, it’s a movie about a family’s survival, the problems of discussing uncomfortable and unresolved emotions, and even the anxieties of raising children in a dangerous and unforgiving world.

While watching A Quiet Place, I noticed audio bleed in the theater. Upstairs they were playing Ready Player One, and I could hear the bass tones of that movie’s final battle come through the ceiling during the first 15 or 20 minutes of A Quiet Place. The sheer silence of A Quiet Place in some sequences also made me aware of the noises of people around me: popcorn being chewed, crinkling plastic wrappers, the brush of synthetic fabrics against the seats, a knee clicking as someone crossed and uncrossed their legs. So many movies bludgeon audiences with meaningless noise, but with just a little bit of attention to sound, a filmmaker can make soft footfalls on an old floorboard matter.

There are competing passions in The Holy Girl. On the one hand, Amalia is experiencing an adolescent sexual awakening that she doesn’t yet understand. On the other hand, there’s Amalia’s desire to interpret uncanny moments as signs of divine compulsion. These passions clash after Amalia is groped in a crowd by a perverted middle-aged doctor staying in her mother’s hotel. What will Amalia do? Martel draws the viewers gaze to different parts of each frame, keeping the audience at attention yet off balance throughout the movie. After subverting our comfortable, passive gaze, she then subverts our sense of narrative resolution.

While I found Zama more immediately comprehensible, I think that like Ramsay’s Morvern Callar, the evocative elusiveness of The Holy Girl will make it linger in my mind. Can’t wait to see Martel’s other movies and how this fits into her artistic obsessions.