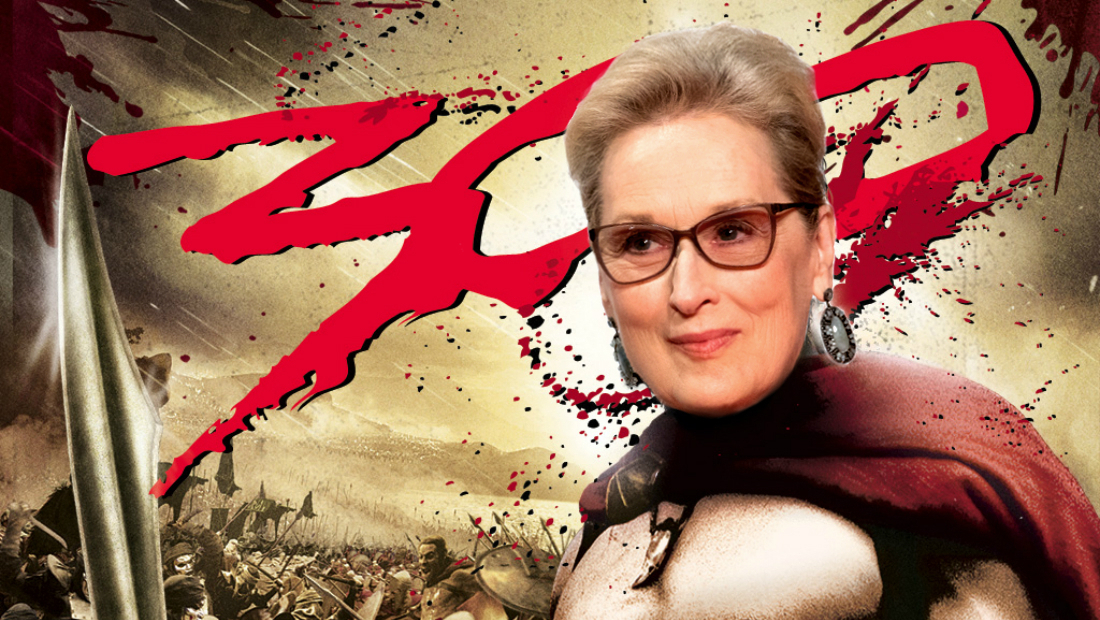 So I Streep, yeah, just Streepin’ on

Welcome to the first installment of The 300, a weekly feature chronicling my attempt to watch 300 movies in theaters in 2018. Why am I doing this? Part of it is just to see if I can and to get away from my laptop. Another part of it is to really explore the world of film, from wide-release blockbusters to indies, foreign cinema, classics, and hidden gems. Maybe you’ll read about something you can enjoy and then share with your friends.

Thanks to MoviePass, New York City’s wide variety of theaters, constant repertory programming, and various film festivals, hitting the big 300 might not be as hard as it sounds. (Famous last words.)

There are a few rules for The 300 that I will adhere to throughout the year:

With that out of the way, here are the first films I’ve watched in theaters since January 1st. 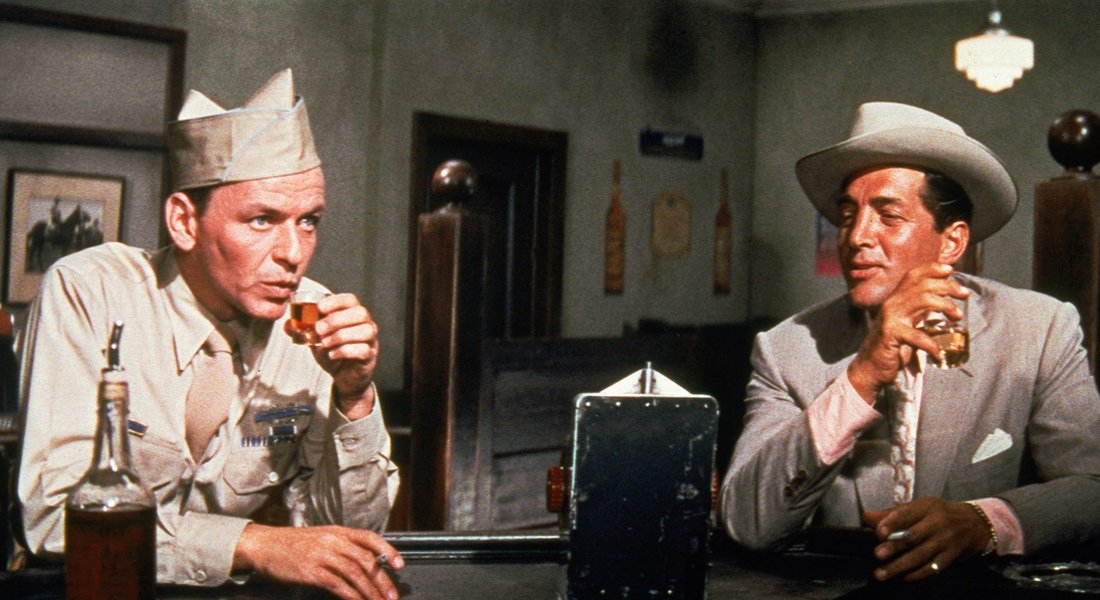 It’s odd watching Some Came Running in 2018 since its portrait of post-war aspirations and desperation is so old-timey sexist and cruel. It’s even downright hokey despite some solid direction. Frank Sinatra is a drunk writer in the mold of the 20th century white-dude canon, complete with with a Jekyll/Hyde aspect. Dean Martin is an unapologetic scumbag gambler wearing Chekhov’s hat. Sinatra’s love interests are broad Madonna/whore caricatures played by cultured ice queen Martha Hyer and a proto-Harley Quinn lush Shirley MacLaine, respectively. 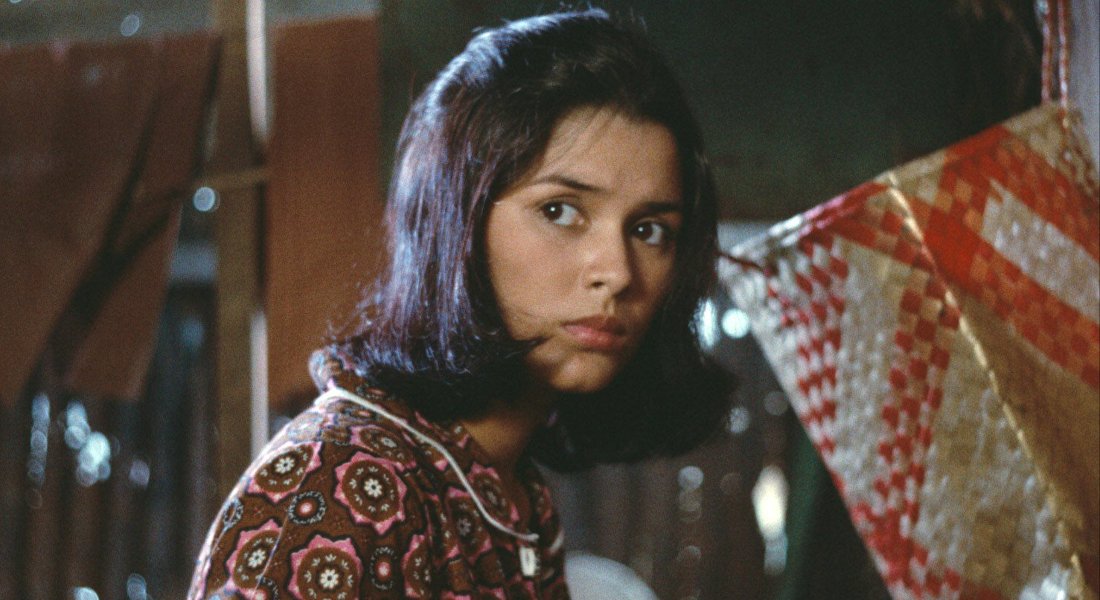 A melodrama through and through, Insiang was the first Filipino film to screen at the Cannes Film Festival, and one of just a handful of Filipino movies I’ve seen. The misery that the title character must endure throughout the course of the movie—emotional abuse from her mother, repeated sexual assaults from her mother’s boyfriend, and a general loss of reputation—can be tough to bear, yet Hilda Koronel keeps the film humane even as the plot moves toward complete despair and desolation. I’m going to seek out more of Lino Brocka’s work in the future. 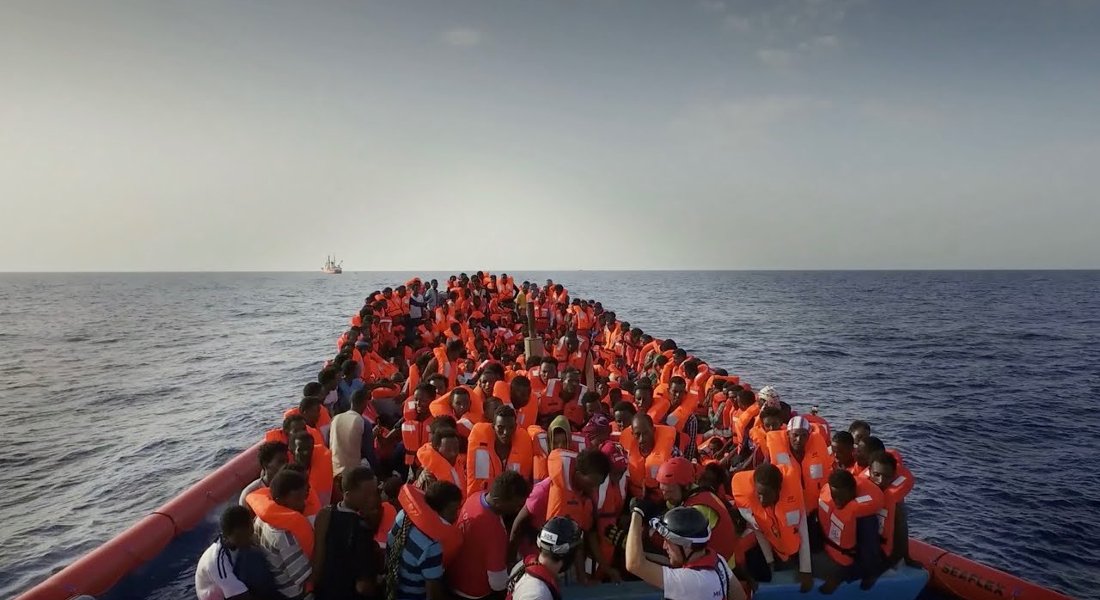 Ai Weiwei’s documentary about the international refugee crisis is urgent and humane, giving dignity to displaced people who are often cast aside without regard for their humanity. There is palpable heartache in all of these refugee narratives. Amid the pain, Weiwei offers moments of sublime visual beauty, including some jaw-dropping and haunting drone photography. Meryl Streep showed up unannounced to introduce the film. Weiwei was present at the screening for a post-film Q&A, where he discussed the ongoing moral and ethical duty individuals have to the other. 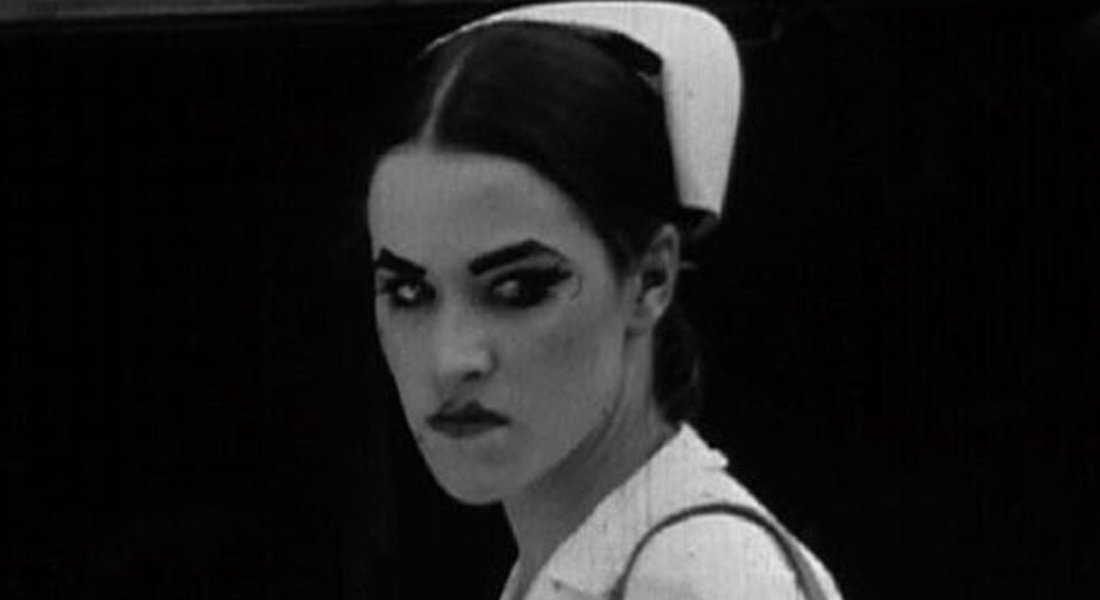 Guys, The Devil’s Cleavage is an unsung bad taste masterpiece. It starts sort of like John Waters doing The Texas Chainsaw Massacre (or Tobe Hooper doing Pink Flamingos) and then becomes a satirical po-mo noir melodrama that collapses into a perverse fever dream. The wordplay and double entendres are clever, quotable, and laugh-out-loud funny. What a surreal, hard-boiled, off-kilter cult film. The movie screened with the George Kuchar short Hold Me When I’m Naked (1966), which also had a Waters vibe and maybe some early Todd Haynes in there too. 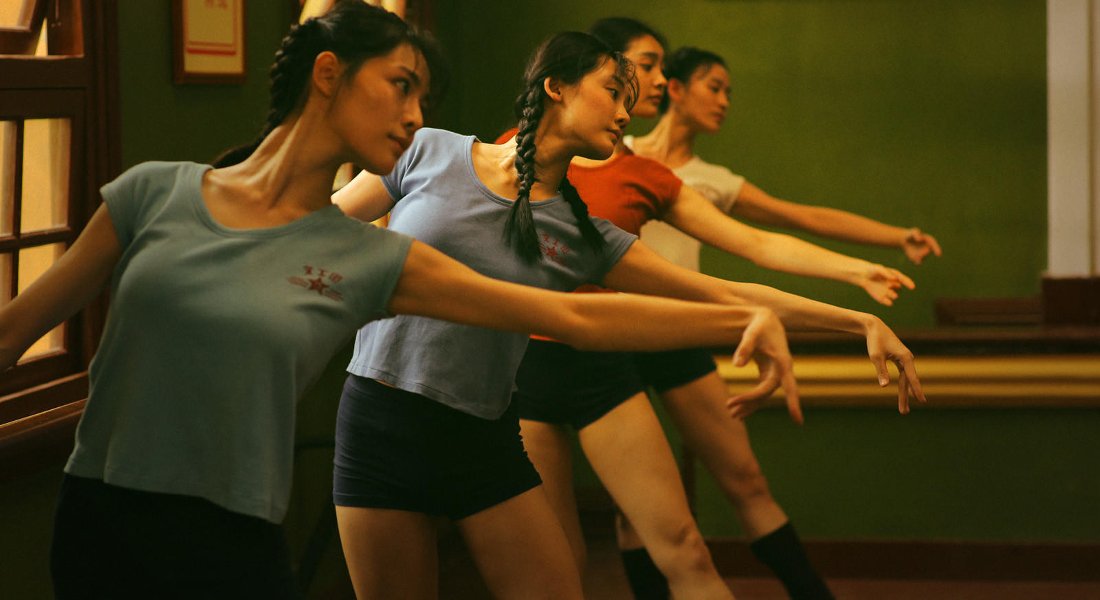 Youth takes place in a performing arts troupe in Mao’s China during the 1970s, though the character tropes recall films about drama students in high school. The coming-of-age tale shows strong bonds of camaraderie amid historical tumult, including an unexpectedly gory skirmish in the Sino-Vietnamese War. While the story is the stuff of classic (and predictable) melodrama, Feng Xiaogang’s direction and the committed performances imbue Youth with a sense nostalgia for the friends we made as kids and an unyielding fondness we have for them as adults. 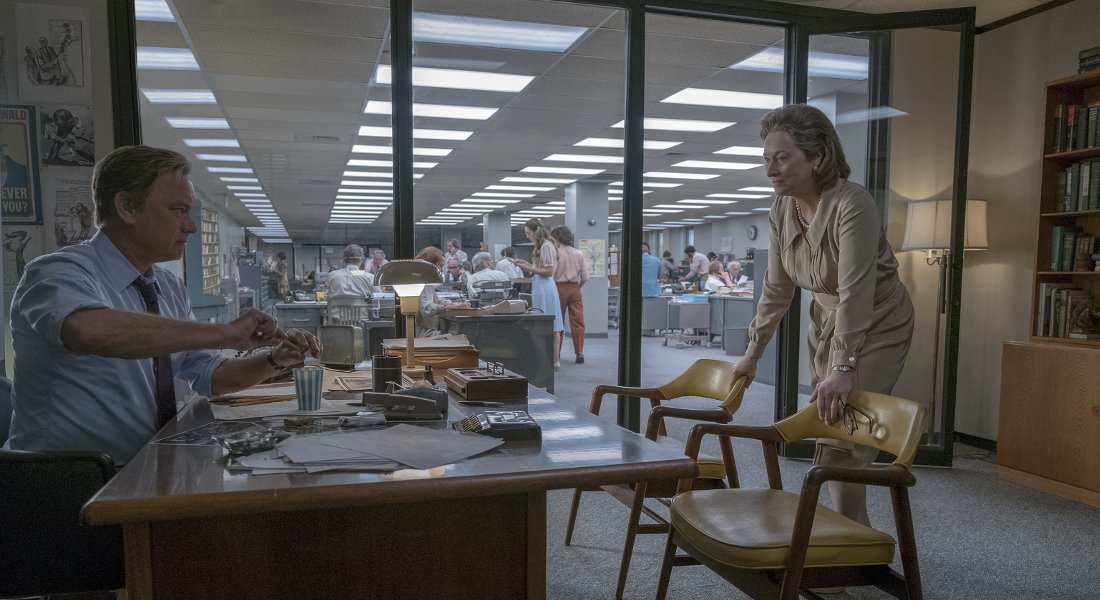 While shot quickly, Steven Spielberg has made a solid and even gripping movie about the moral heroism of the fourth estate, with a women’s empowerment plot that plays like a thematic cousin to Wonder Woman. (One scene feels like the journalism/political wonk version of Wonder Woman’s no man’s land scene.) The film is handsomely acted (Streep and Hanks are great, and Odenkirk is strong), with high-mined monologues and deliberate blocking, composition, and staging for a fast-but effective story about old-fashioned American decency. 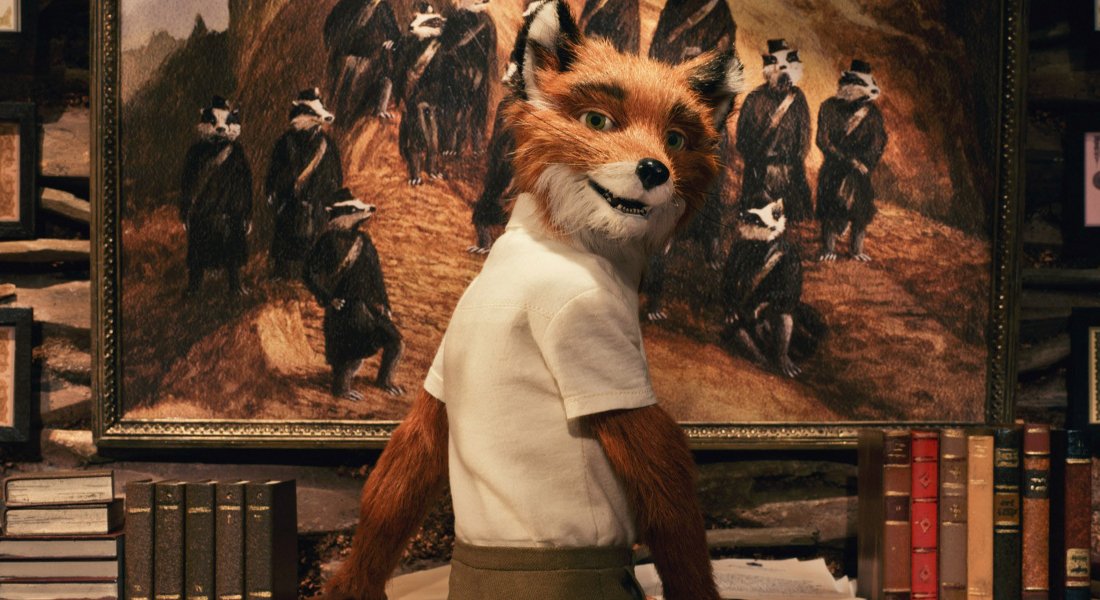 It’s been a few years since I last saw Wes Anderson’s colorful stop-motion taxidermy adaptation of Roald Dahl’s children’s book, and it still has a lot of anarchic cussing charm. Animation seems an ideal medium for Anderson’s geometrically balanced, diorama-like aesthetic, so I’m extra curious about Isle of Dogs later this year. Fantastic Mr. Fox played as part of Metrograph’s weekend family matinees, and there were a good amount of kids in the audience. A little girl read the title/chapter cards for the film aloud, which is something an adult couldn’t get away with. 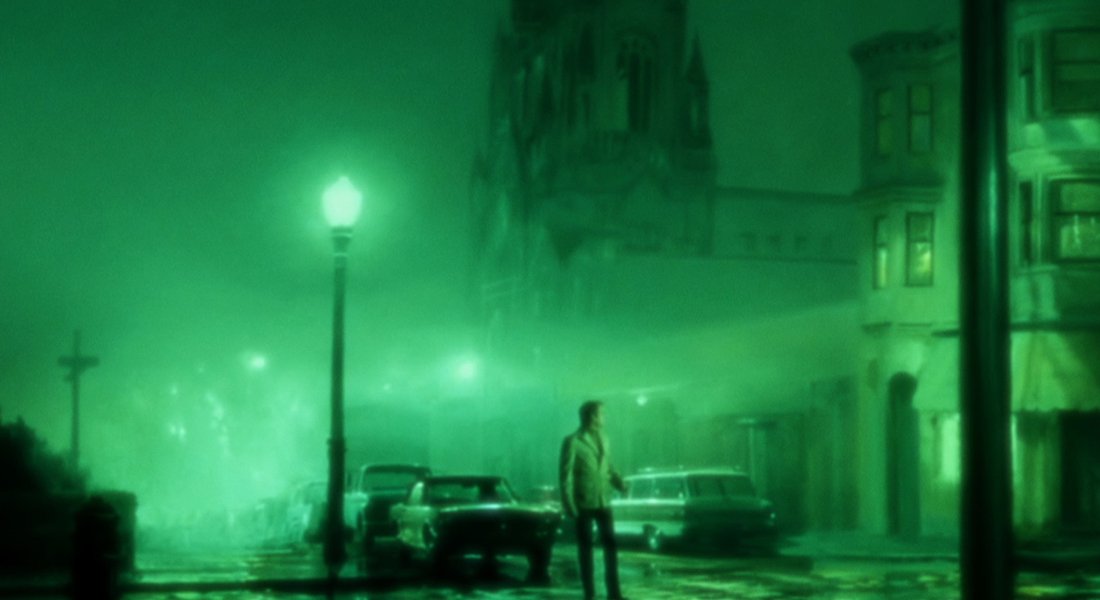 The Green Fog is a pseudo-remake of Alfred Hitchcock’s Vertigo comprised of footage from other movies and TV shows that take place in San Francisco. It’s a whimsical experiment in cinematic collage in which most of the dialogue is nixed in favor of inhales or sighs. A pervasive anxiousness is sustained by the Jacob Garchik/Kronos Quartet score. It probably only works for people familiar with Vertigo (or fans of Guy Maddin), but there’s a joy in trying to figure out what clip is playing; ditto watching a stoic Chuck Norris as a stand-in for Jimmy Stewart. 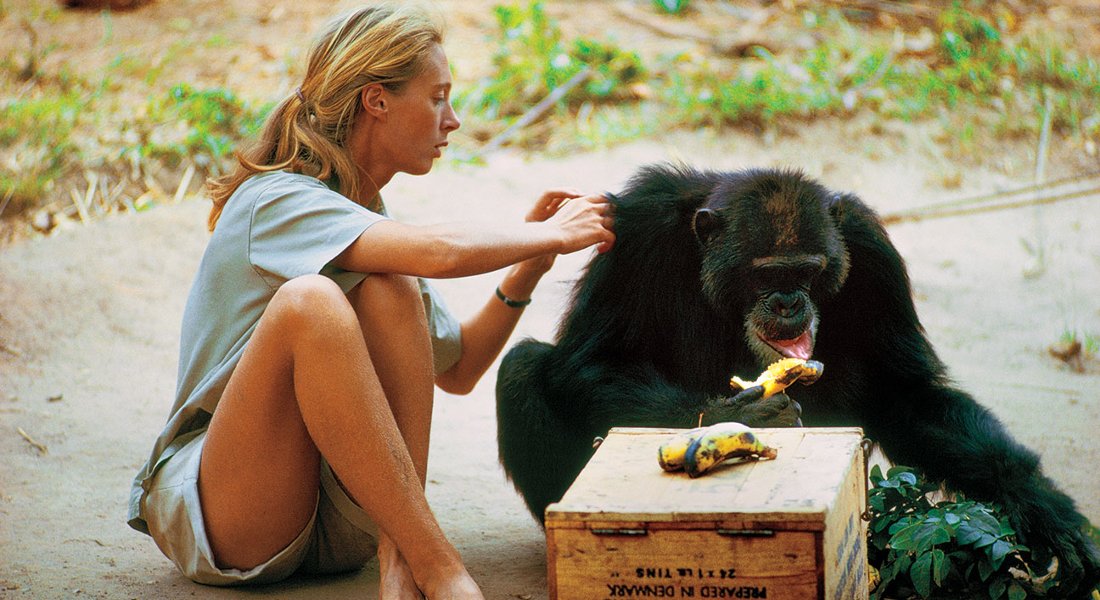 There’s no greater joy than finding one’s calling in life, which might be a good way to think of Brett Morgen’s Jane. The documentary features remarkable never-before-seen footage of Jane Goodall beginning her revolutionary research into the chimpanzees of Gombe. Present-day Goodall offers reflection on her past, often proud, though at times wistful. One of my favorite documentaries of 2017, Jane also features a score by Philip Glass; one of the pieces includes a re-arrangement of the closing theme to Paul Schrader’s Mishima: A Life in Four Chapters.