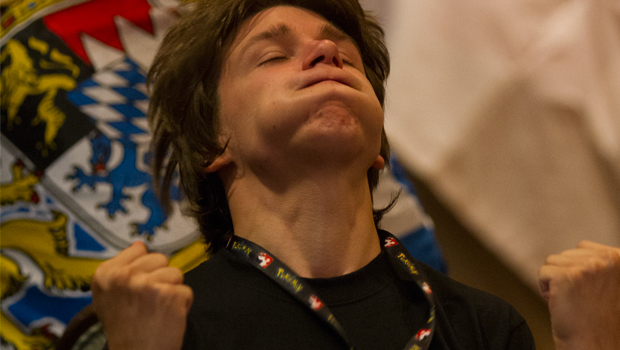 I hope you didn’t think the Olympics were the only competitions that mattered last week. The top 400 Pokemon Trainers in the world descended onto sunny Hawaii, where the Pokemon Company International hosted the 2012 Pokemon World Championships. The tournament, featuring battles in both video and card games, was an invite only affair, hosting players from 30 different counties and a variety of age groups.

Besides receiving an adorable Pikachu trophy, college scholarships, and bragging rights –a select group of champions will also be featured in the upcoming Pokemon Black & White Version 2 for the Nintendo DS. They, along with their team will be downloadable for battle, in an exclusive new arena for players to challenge. Among the people celebrating on the winners podium was last year’s champion, Ray Rizzo, making him the first three time Pokemon Master!

Man, this looked like a really good time for both kids and adults alike. I’ve never been very good at Pokemon, but partying in Hawaii with some hardcore Poke-peeps sure does look appealing! Time to wake up that Snorlax and get training for next year!