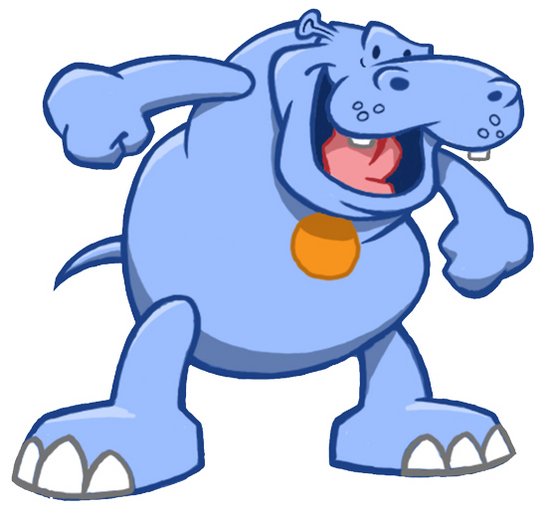 Wideload Games revealed all ten characters that will be playable in Hail to the Chimp. All the characters will be battling it out Power Stone style as they all try and become the next President. The game will poke fun at all things that make politics lame and is promising to be very funny. Hail to the Chimp will be out Spring 2008 for the Xbox 360 and the PS3.

Fronz and I played the game during EIEIO and we did enjoy it. The game only offers up a small selection of characters and levels which makes me think that there won’t be much replayabilty to this title. Otherwise the game looks like it will be a great party game but nothing more than that.

Hit the jump to get a profile on all of the contenders fighting to become ruler of the animal kingdom.

Cockpit, Austin, Texas – Novemeber 9, 2007 – Today Gamecock announced the entire roster of candidates in Wideload Games upcoming politically charged party title “Hail to the Chimp.” The “Hail to the Chimp” ballot now boasts ten candidates, each with their own personality, platforms and style. Just like any political race, mud is being slung, names are being named and the candidates are clawing up the ladder to reach that golden seat.

“Hail to the Chimp” is a fast-paced party game that delivers exciting gameplay, lush interactive environments, and a comic look at politics. It is a bare-knuckled fight to win the crown of President of the animals.

“The story of ’Hail to the Chimp’ is delivered through a metaphor of the election process,” said Wideload founder Alex Seropian. “The ten candidates in the game have their own back stories, and there are rivalries between the candidates and opportunities to team up and make alliances.”

Seropian continued, “It’s all there — the flawed electoral system, the political back-stabbing, the self-possessed newscasters and pundits, fundraising with the fat cats and even the inane political ads. There will also be lots of subtle, and not so subtle, political humor.”

“Hail to the Chimp” features a wide variety of arenas as well as myriad goal oriented match types. The title is scheduled for release in Spring 2008 for the Xbox 360® video game and entertainment system from Microsoft and for the PlayStation®3 Computer Entertainment System.

Below is a brief introduction to the candidates and what their goals are in this political campaign.

Name: Ptolemy
Species: Hippo
Hails from: Egypt
Bio: Ptolemy lives in a world where the 1970’s never stopped. With a unique style and charisma by the truckload, this happenin’ Hippo wants to return Hippos (more directly, himself) to the top of the Animal Kingdom.

Name: Santo
Species: Armadillo
Hails from: New Mexico, US
Bio: Born in the deserts of New Mexico, Santo was a painter before he joined the campaign. He thinks politicians and artists have a lot in common – prima donnas and shysters, the lot of them – and he’s here to keep it real.

Name: Crackers
Species: Monkey
Hails from: Congo
Bio: Crackers was the right-hand monkey to the King Lion before he was ousted from the throne. Rumor has it that Crackers’ whole campaign is a ruse designed to restore his old boss to the throne, ensuring a cushy lifestyle for his favorite monkey.

Name: Toshiro
Species: Octopus
Hails from: Japan
Bio: A samurai octopus, Toshiro’s logic is simple – most of the world is water and therefore ocean-based animals are the dominant life form. A highly trained warrior and scholar, Toshiro’s campaign is as elegant as it is ruthless.

Name: Bean
Species: Sloth
Hails from: Seattle, WA (by way of Bogota, Columbia)
Bio: Bean is your atypical sloth — super caffeinated, uber-motivated and ready to work the kingdom into shape. A coffee addict, she once lived in Bogota but found herself on a coffee shipment to Seattle where she is now an aerobics instructor.

Name: Moxie
Species: Musk Ox
Hails from: Liverpool, England
Bio: Moxie is a self-educated Musk Ox who is sick of the patriarchal nature of politics. Why can’t there be a Queendom? Her personal charisma, self-motivation and erudition make her a formidable candidate.

Name: Hedwig
Species: Polar Bear
Hails from: Uppsala, Sweden
Bio: A singing superstar in the disco world, Hedwig is used to the public eye. She’s convinced that the animal kingdom would best be served by someone with a celebrity’s understanding of looking good, manipulating the press, and product endorsement.

Name: Murgatroyd
Species: Jellyfish
Hails from: Unknown
Bio: Not much is known about Murgatroyd as her garbled pronouncements are completely indecipherable. This is a solid campaign strategy, as many animals assume her views are similar to their own. Mysterious, perplexing and lovable, Murgatroyd could be the underdog of this race.

Name: Daisy
Species: Platypus
Hails from: Sydney, Australia
Bio: An incredibly popular children’s TV show host, Daisy is the most adorable platypus ever born. With her cute looks and a tomboyish personality, she is loved by young animals of every species the world over. Capturing the presidency is the only way she can possibly get any bigger.

Name: Floyd
Species: Walrus
Hails from: Manhattan
Bio: Floyd moved to NY to become a dock foreman. But after a blow to the head, he began having some funny ideas about the world. He now sees himself as a guru and soothsayer meant to lead the animal kingdom. After all, he’s got a direct line to the cosmic plane.

The debate rages on at www.chimplove.com.