Sony launched their more portable, UMD-less PSP yesterday, and along with it came a ton of new offerings for the system on Sony’s PlayStation Store. While we’re not complaining about the wealth of new and re-birthed-as-download titles available, sorting through them all is a daunting task.

No worries: We’ve done all the foot work (finger work?) for you. We poked through the old and the new, the regurgitated and the repriced, and we found what we think are the ten best offerings on the store. Our criteria: titles had to provide plenty of good game play at a decent price. It’s all about bang for your buck with this list.

Read on to see our top 10 picks for your PSPgo, as well as our picks for PSOne games and a round-up of discounted titles out there.

Pixeljunk Monsters was already awesome. It’s one of those games that you feel stupid for missing when you finally get around to playing it. In a nutshell, it’s fine-tuned and perfected tower defense, with great design and killer art added in for good measure. Really, Deluxe is the best version of Pixeljunk, as it adds a bunch of new content and online play modes. Best of all, though, it lets you take this maddeningly addictive game with you anywhere.

This one’s a given. The portable God of War makes for an incredible showcase for the power and ability of your new PSPgo. It’s a good buy at it’s full retail price, but the discounted rate on the PlayStation Store makes this one a no-brainer. Top-notch visuals, a soaring score, and plenty of game content should put this at the top of your download list. It’s one of the best PSP games available. 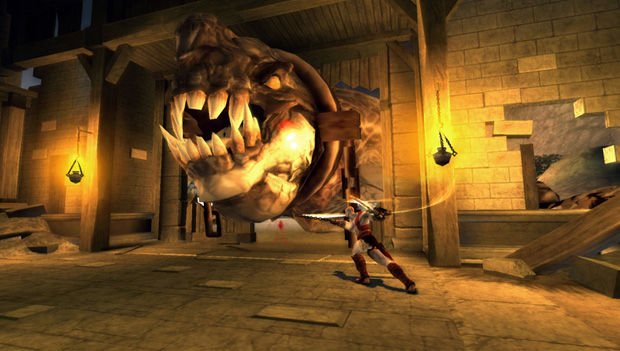 You got to have an on-the-go racer for your portable game system, and this one’s the best out there. Just released to coincide with the launch of the PSPgo, Gran Turismo packs in all the features and playability of its console big brothers, sporting 800 cars and over 30 tracks. While the regular racing is great, the racing license challenges make for perfect, bite-sized gaming sessions. Add on slick graphics and perfected control and this one’s an easy choice.

Stay with me here. While it is technically a collection of older games, you almost can’t beat the games per dollar ratio on the Sega Genesis Collection. There’s 28 games in this collection, including classics like Sonic the Hedgehog, three of the Phantasy Star RPGs, Columns, and Vectorman. Even more games are unlockable, making for hundreds of hours of game play. Surprisingly, all of these early 1990s titles have aged well, and they all translate well to the PSP’s screen and controls.

The only people not nodding their heads in slient agreement are people that don’t like the Metal Slug games, and those people are crazy. We would have sold our souls for one of the Metal Slug games on the Neo Geo, and now we can have all in one little download. Aren’t we spoiled. The best improvement to the game is how you can continue or even save your game — a live saver for those that suck.

More like a year’s worth of afternoons of darkness, right? Disgaea fans know what I’m talking about. If you like strategy role-playing games, this is one that will last you forever. Seriously, there’s an insane amount of game play here. Oh, and it’s also pretty fantastic. Replay the first in the series of crazy-ass SRPGs, with even better graphics and playability than the original PS2 game. 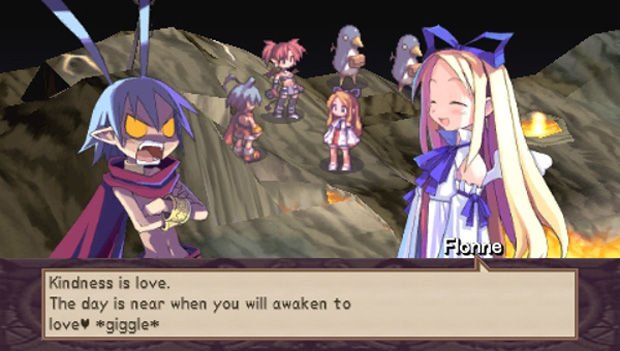 For some gamers, Monster Hunter is the only reason to own a PSP. I personally wouldn’t go quite that far, but it is one of my gaming staples. Now you can have it an executable download, playable without all of the silly download times. Killing, looting and leveling — some people have done it for over 500 hours. What other game can you say you’ve played for 500 hours?

I know what you’re thinking. You’re thinking that you’ve played enough Puzzle Quest. No you haven’t. It’s still good, and you need it on your portable system, especially if you’re going to rock it in your pocket all the time. D3 just dropped the price of this puzzler to only $7.99. They know you want to play it again too.

You didn’t think you’d get away with a list from me without a Persona title in it, did you? This game, the first game of the Persona series, is a worthy addition to our list mostly because you’re getting a ton of game for your money. It was already a 50 hour long RPG, but now they’ve added in the Snow Queen quest, along with new visuals and music. 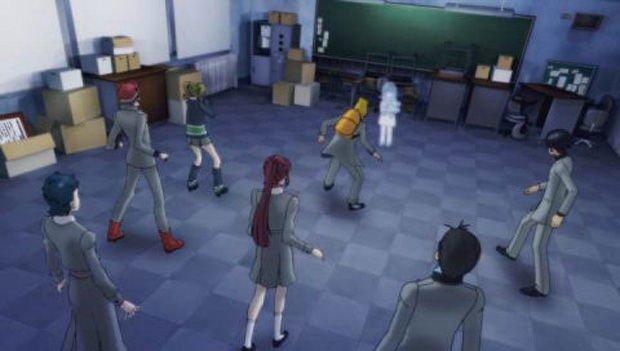 Go ahead. Tell me about how the retail version comes with extras.

Just like the Sega Collection, SNK gives you a ton of games for a little bit of money. Unlike the Capcom collection, this one has games that you like and have actually heard of, including King of Fighters 94, Fatal Fury, and Samurai Showdown. It’s like packing a Neo Geo in your pocket, and at only 93 MB, it makes the most of your storage space.

There are also plenty of PSOne classics available now. These are great because both the download size and the price are small, and you can play them both on your PSP and your PS3. Here are our picks for the best.

Get these PSOne Classics :

Also be sure to check out the limited-time discounted games from SNK, NIS, and D3Publisher.