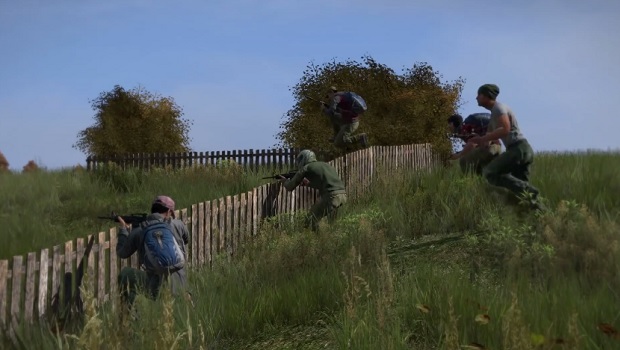 Just last week, an entry in Steam’s databases made it look like the standalone edition of Dean ‘Rocket’ Hall’s hugely popular ARMA II mod DayZ was imminent. However, posting on reddit, Hall confirmed that there’s still more work to be done on the game before it’s released.

“We have now something that provides basic functionality for 10-20 players,” he wrote. “We think we need a minimum of 15 FPS [with] 50 players, 2000 zombies, and 25000 loot items. Our latest tests have all shown some runaway systems in the code we have to tidy up. We’re optimizing this.” Sounds like it’s taking quite a bit of work to maintain performance given such a large playing area and the amount of objects in it.

Hall wouldn’t confirm a possible release date, meaning we’ll see this game on Steam when it’s ready. DayZ will use Steamworks’ API, which I’m pleased about; that should make it easier to join up with your friends and at least be playing on the same server.