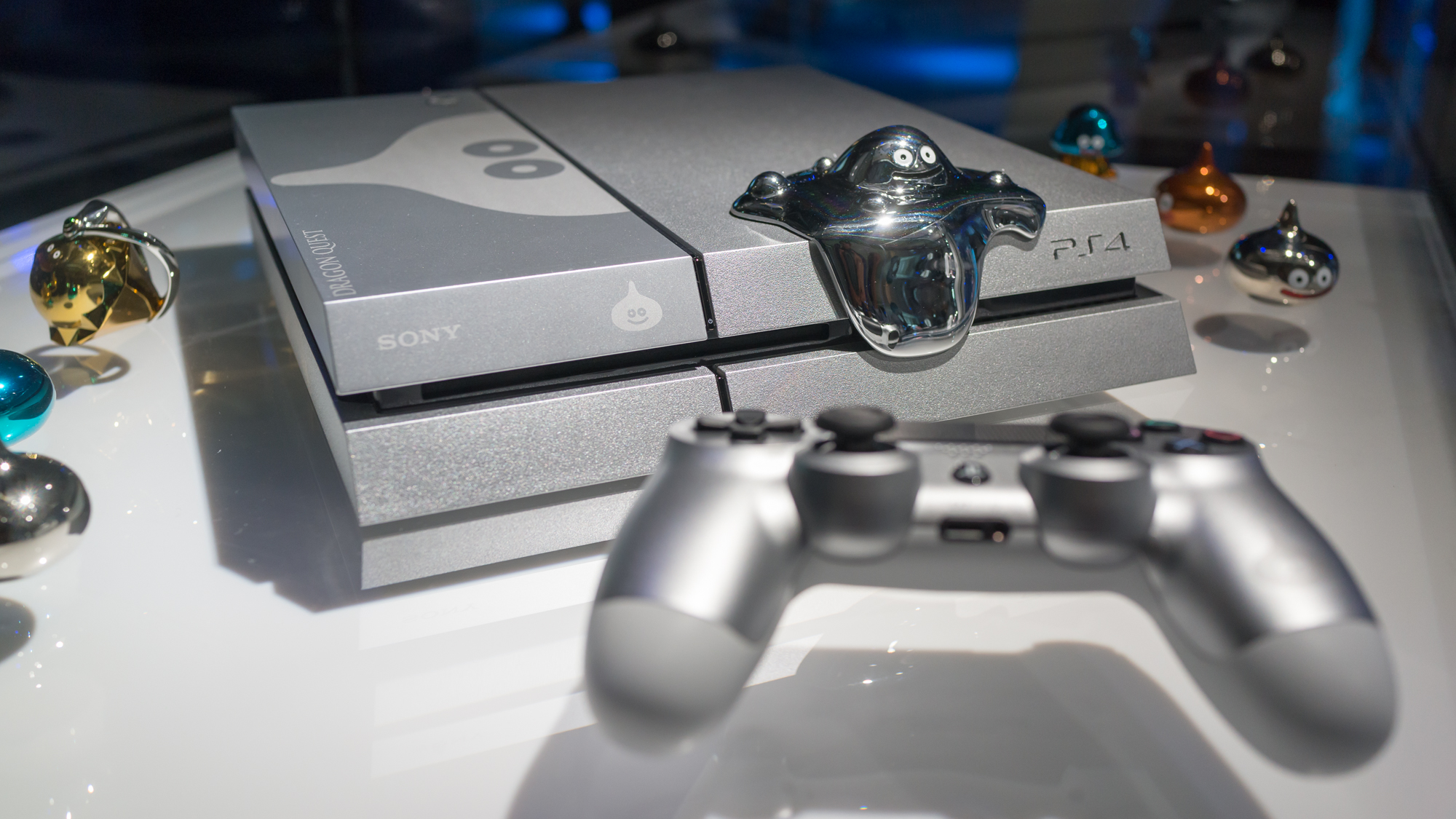 Remember that amazing Dragon Quest flavored PS4, with the slime on the side that looks like it’s melting onto the USB ports? It finally has a release date in Japan — December 11, 2014.

The slime is actually a USB port guard, and it will also arrive with a metal DualShock 4, as well as a code to download a theme for Dragon Quest Heroes, and an actual Heroes download code — even if the game won’t be out until February 26, 2015.

This is probably the most enticing PS4 model yet for me.