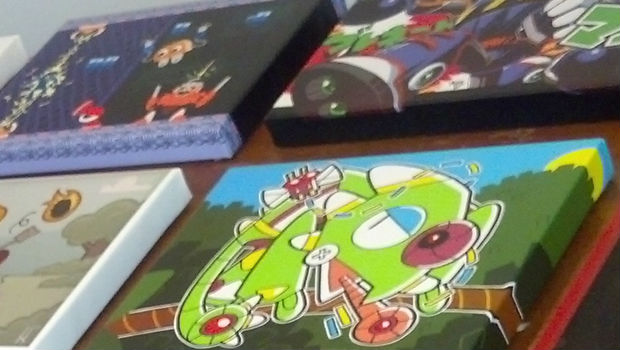 At the Gauntlet Gallery in San Francisco

The Mega Man Boss Battle Tribute gallery, which features our own Jonathan Holmes and Destructoid graduate Ashley Davis as well as other talented artists like Mikey Turvey, is opening on March 2nd from 7:00-10:00pm at the Gauntlet Gallery. In short, it’s just around the corner!

Although the opening event is on the 2nd, the show itself will be running all the way through the 30th, until the last closing party. If you’re interested, you can go to the online gallery now and view work from tons of different artists, from industry professionals to passionate fans.

If you’re in the San Francisco area when it’s going on, feel free to take pictures of the event and write about it in the community blogs!