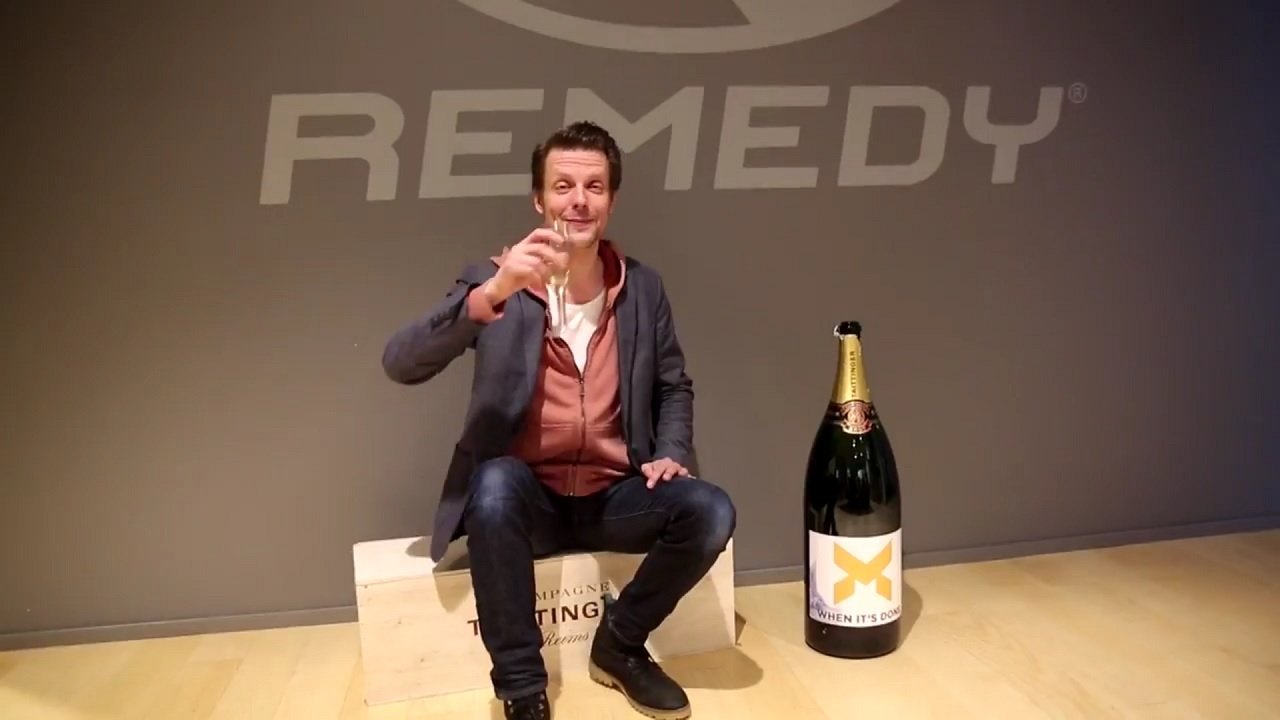 Ever had a Cham Night? That’s when one of your friends declares “Cham Night!” and everyone goes to the liquor store and buys a bottle of Andre (approximate retail price: $4). Cham Night is always a good time but never a good decision.

Sam Lake partakes in his champagne consumption in a more spectacular fashion. To celebrate Quantum Break going gold, Remedy bought a big-ass bottle of champagne. Isn’t it grand? I want it.

If I’m not mistaken, it looks to be a 15-liter bottle of Taittinger. According to this site, the asking rate is about $1,900. Maybe Remedy talked Daddy Warbucks Microsoft into footing the bill.

Still, this isn’t the most ridiculous bottle of champagne I’ve seen. That honor goes to the Boston Bruins after the team won the 2011 Stanley Cup. As part of the blowout party, they bought a ridiculous $100,000 Midas champagne bottle that required a few helpers to drink out of. I bet that was a good night.