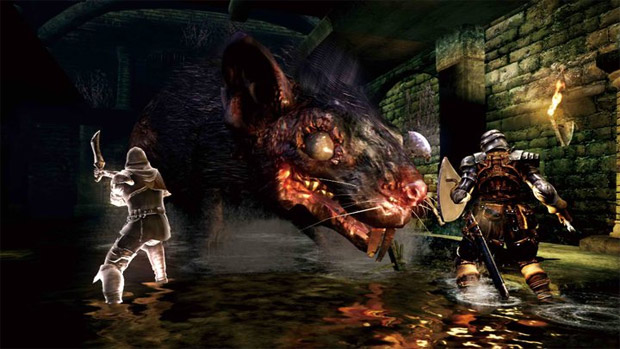 Earlier this month, we heard about a significant patch for Dark Souls which addressed many minor criticisms as well as a number of important design issues. Well, it’s finally ready for us non-Japanese players. Patch 1.05 is live on Xbox 360 and PlayStation 3 in the U.S., and on 360 in the United Kingdom.

Though I suspect many of the balancing changes will only truly affect stat-obsessed players, we can all benefit from stuff like more responsive lock-ons, improved item drop rates, expanded merchant inventories, cleaned-up text, and not needing the soapstone to rate player messages.

Eurogamer has the unofficial patch notes if you’re curious about what got nerfed.