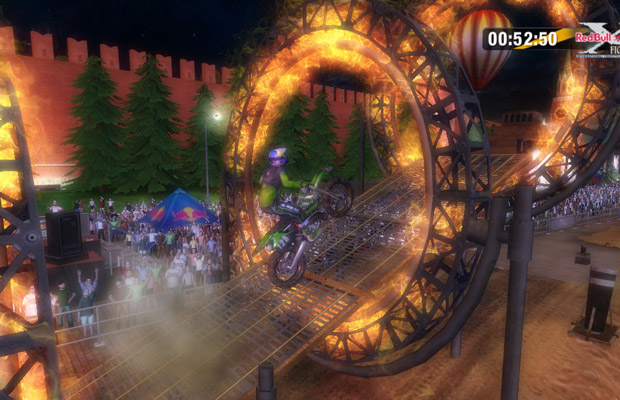 This may not be Red Bull’s first foray into the gaming world, but hopefully this new entry into the digital arena will help gain the franchise a new audience. Red Bull X-Fighters just released on XBLA for the tidy sum of 800 Microsoft Points.

The game puts the player in the role of a freestyle motocross racer going through the Red Bull X-Fighters World Tour. It features six unique stages from Mexico City, Rome, Moscow, Giza, Madrid and London and also includes a “World Record Mode”, where it challenges players to complete ridiculous jumps in the beautiful back drop of Las Vegas.

It’s unknown how well X-Fighters will do on the Marketplace, especially with such popular motocross themed titles as Trials HD already in the hands of a large number of players. It seems only time will tell if this title can catch some sweet air or bail hard, over the handles.