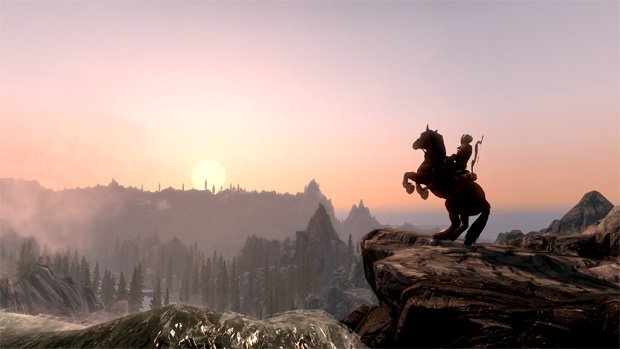 But not at Bethesda!

Alexander Velicky’s massive Falskaar mod for The Elder Scrolls V: Skyrim impressed us back in July. What got me the most was that a large part of his motivation for this mod was to get a job at Bethesda. While that hasn’t happened, he’s accepted an associate designer position at Bungie, which is an equally inspiring outcome.

In a forum post thanking the community that supported him, Velicky writes words of encouragement for anyone looking to follow in these footsteps. “Never be afraid to try. I set my sights on a professional design job pretty early, I lowered my head, charged forward, and rarely looked back. Of course, I ensured what I was doing had a reasonable chance for success from time to time. But the most surprising of all, is who I’ve ended up with.

“I applied to many companies, and Bungie was in my, ‘Huge company that will completely ignore me.’ category. Well, they didn’t and look what it got me. Bungie is an awesome company with an amazing team, and I’m very lucky that they’ve decided to give me a chance! Never be afraid to try. I spent the time it took to apply and the rewards are proving to be greater than I could have possible imagined.”

Velicky is unsure if he’ll continue modding given the new job, but he’d like to. There’s an interest in picking up Falskaar again, putting out tutorials, and working on Fallout 4 mods once that game inevitably gets released. The possibilities for self-teaching online never cease to amaze me.

To the Community – Thank You [The Elder Scrolls forums via CVG]