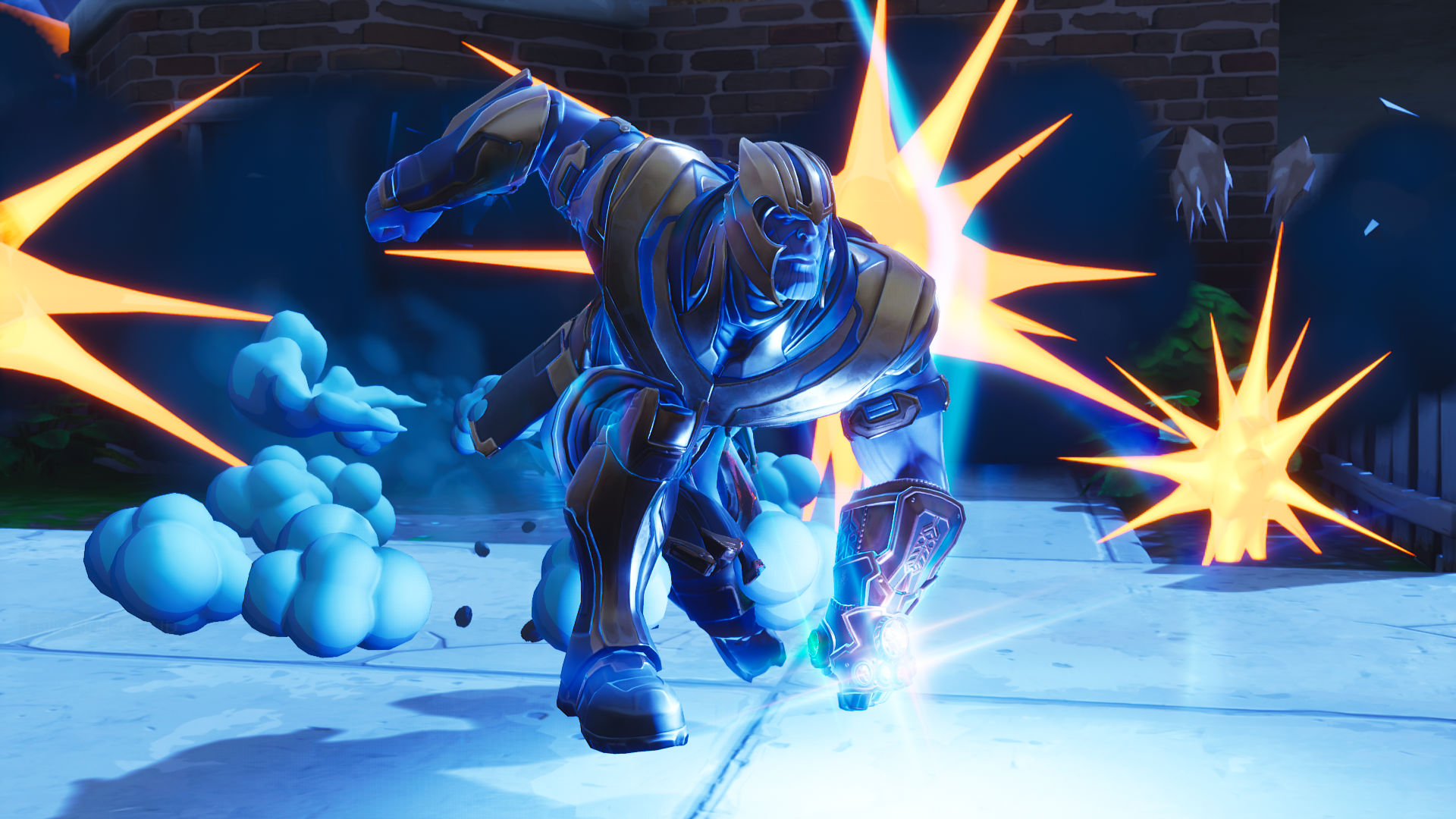 This is pretty awesome. Despite only being available in an inherently silly separate mode, Thanos, essentially a new boss character in the limited time Infinity Gauntlet gametype in Fortnite, has been nerfed again.

Shortly after launch his stats were altered, and now Epic Games is decreasing his health pool from 800 to 500. He does get a slight boost in terms of his punch damage (80 to 100) and his beam damage (12 to 20), but that health decrease is pretty massive.

The gist is that players need to find the Infinity Gauntlet in the map, and are promptly transformed into Thanos. Each time Thanos is killed a new player can grab the gauntlet, and are thrust up into the air for another quick skydive session before plummeting down and causing havoc. Rinse and repeat until someone wins (usually Thanos) and that’s the mode in a nutshell.

It’s easy to get into, and I love the fact that you can swap to a “boss” camera after death to follow Thanos until the end. Like the insanity mode that aimed for 15 minute games these Thanos sessions tend to be quick, so check it out if you haven’t already.