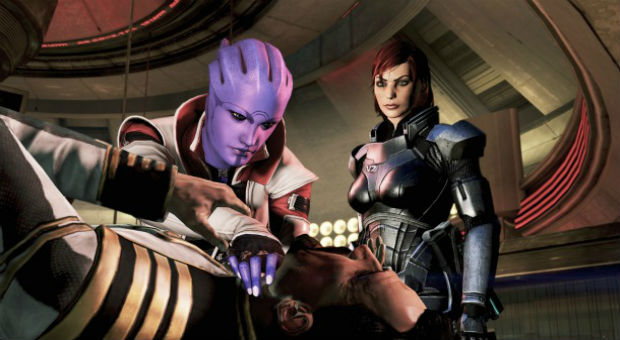 If you’ve been holding off on purchasing additional Mass Effect DLC because of the sticker shock, today’s your lucky day — if you’re a PS3 player, at least. The Mass Effect 3: Omega DLC pack is currently free via PSN for US players only. That’s $15 you don’t have to pay! Sweet.

Omega follows Aria T’Loak’s return to her old haunting grounds and offers some interesting squadmates, new weapons, and engaging content as a follow-up to the Leviathan DLC. As a Renegade for life (my tattoo deems it a requirement), I can get behind Aria’s character, so it was a good bit of fun for me.

It’s no Citadel, but it’s a hefty helping of Mass Effect if, say, you just finished off the trilogy and you’re jonesing for more. Pick it up while you still can, as this is likely a glitch that’ll be patched up soon.