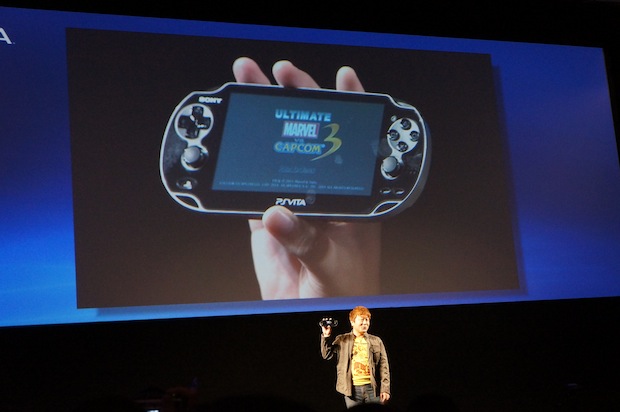 At Sony’s TGS press conference today Capcom’s Yoshinori Ono took the stage to tell us that Ultimate Marvel vs Capcom 3 will be a Vita launch game in Japan. The same event set the system drop date as December 17. And this game is ready ready, as Ono says that it’s done, waiting for the system it plays on to hit market.

The Vita version will be very much like the console version. Ono says that all of the contents of the PS3 title are installed. You can get down with real-time viewing of battles and all the other modes, now on-the-go. Online play is fully supported on the PS Vita network, allowing connections across the world at 60fps quality.

New things? Get ready for options for touchpad playing, Near (social) benefits, other fun ways to play.

We’ll let you know what we think later this week as the title will actually be playable on the TGS show floor.