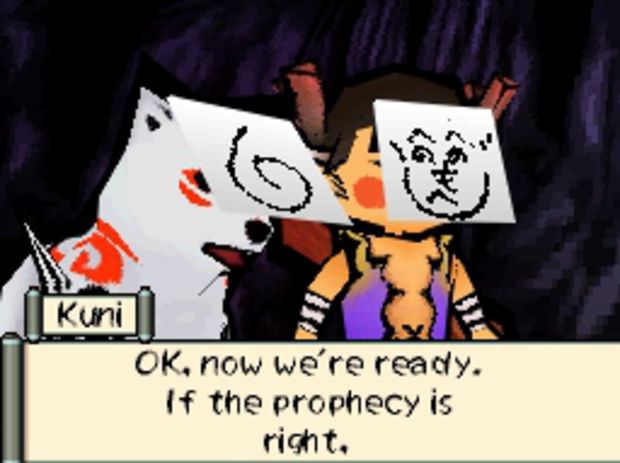 While not in the hands of original Okami developer Clover Studios, Capcom’s upcoming Okamiden for Nintendo DS looks like it’s going to be a worthy successor.

The game picks up as a sequel to the original, following the offspring of the characters found in Clover’s original tale. Okamiden will have players revisiting familiar areas, as well as discovering some new, marrying the game’s brush-stroke gameplay with the Nintendo DS touch screen.

Okamiden is out in Japan at the end of September, with a North American and European release set for 2011. Here’s a three-minute tease of what to expect, and if you’re anything like me, the anticipation is burning your soul.