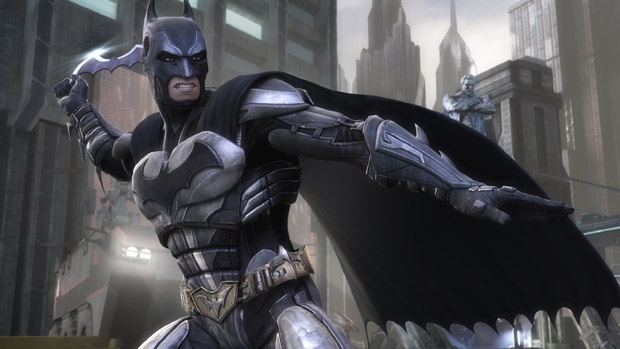 Injustice: Gods Among Us may not have the over-the-top gore of Mortal Kombat, but NetherRealm Studios makes up for it with the audio design for the game. This Tokyo Game Show trailer’s cracks and crunches make me wish I hadn’t wore headphones while watching it.

The video itself is looking good, but the real news here is that a release window has been pinned down for PlayStation 3, Xbox 360, and Wii U versions of Injustice: NetherRealm and Warner Bros. are targeting April of next year. That should allow for plenty of time to carefully reveal what’s left of the roster.