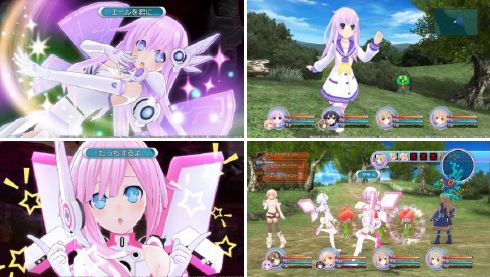 Hey! Remember that really weird game about videogame consoles getting personified to be goddesses? Well it seems the game did pretty good as there’s a sequel in the works! The new Hyperdimension Neptunia Mk2 for the PlayStation 3 takes place after the original game and sees the player protecting the land of Gameindustri. Cute.

The graphics have been improved and now the game is more of a free roaming role-playing game so the combat (from the sounds of it) will be more action focused rather than traditional role-playing style. Additionally, the combo system has been streamlined and there’s a new item synthesis system to craft items and weapons.

Expect Hyperdimension Neptunia Mk2 sometime Spring 2012 in the US and Europe.