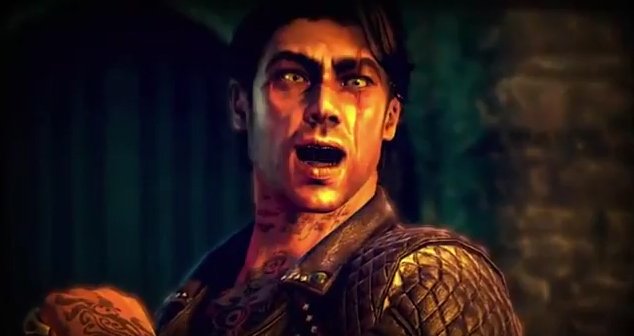 A game from Shinji Mikami and Suda51? Throw in music from Akira Yamaoka, and you have an all-star cast. This is the announcement trailer for Shadows of the Damned, a Grasshopper Manufacture game being published by EA in 2011.

The main character, Garcia, travels to the underworld after his true love is abducted by demons. At EA’s Tokyo Game Show press conference, where Suda and Mikami were on-hand to unveil the game, Mikami noted that the title has a, “punk rock edge.”

Suda described it as “very dark” and has referred to it as the greatest game he’d ever worked on. Bold words, Suda, but that would sound more impressive coming from Mikami. Nonetheless, I’m as curious about this as everything else the lunatic has made. Hopefully Dale and Holmes will be able to get us more information on Shadows of the Damned from the show floor.