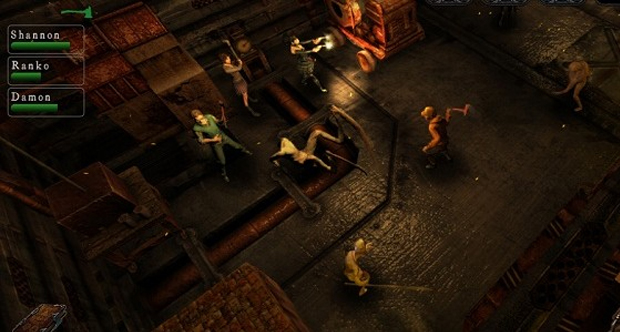 Let’s be honest: The Silent Hill name was tarnished long ago. Somewhere between that awful Hollywood film and The Room, a game that was never supposed to and never should have been a Silent Hill entry. Things have gotten even worse over the years, from what I hear and read. Within this context, Book of Memories may be the best thing to happen to the series in some time because it is, in the very least, competent.

WayForward (Contra 4, Aliens: Infestation) are taking the survival horror out of the series and putting a top-down action-RPG in its place. If you are a fan of games like Baulder’s Gate: Dark Alliance or Torchlight, you may find this a welcome addition to your Vita library. The combat feels good, smart use of touch controls makes managing inventory a breeze, and the signature sounds of the series give the game some familiarity.

Dual wielding pistols as you gun down evil nurses is pretty stupid, but I don’t think it cheapens the series. The problem with Book of Memories comes with its environments which are dull, ugly brown and grey nightmares appropriate for a horror game but boring and repetitive in a game of this type. Considering the Scooby Doo character design, I don’t see why WayForward felt a need to stick so closely to the originals when it comes to level design.

Puzzles, collectibles, and customization give the game some legs but nothing about Book of Memories suggests it’s going to be a memorable series or genre entry. It’s merely a competent one, as you may find out when the game comes to PS Vita on October 16.