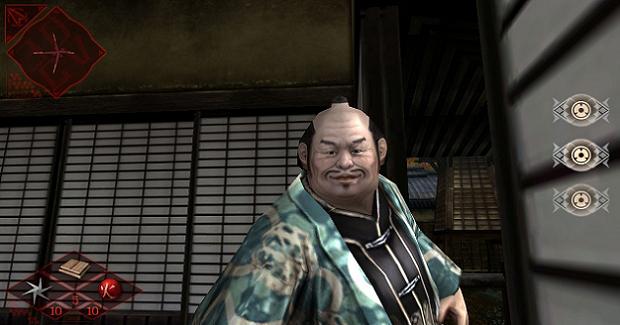 You can be forgiven for glancing at Shinobido and presuming it to be a Tenchu knock-off. After you stop raging and consider it looks kind of neat, you may do a quick Google search and discover it’s made by the same developer, Acquire. The game is being promoted as a hybrid of our favorite ninja stealth series and Acquire’s other flagship series, Way of the Samurai.

Among the other PS Vita titles, Shinobido 2: Tales of the Ninja stands out due to its clever use of the system’s touch functionality and its Muromachi-era Japan setting.

Although the series has been around for over five years, Shinobido 2 marks the first time for the series to reach North America. The game is best described as Tenchu stealth mixed with the multiple path decisions and storytelling of Way of the Samurai. Unlike the latter, you will not be exploring city hubs and talking to citizens. The game is solely mission-based, with the focus on sneaking into strongholds and assassinating your target.

A developer on the team said that Shinobido 2 is a deliberately more realistic take on stealth ninja action. Instead of playing as a super ninja, you are limited in your health and must rely on killing your enemies before they see you. In order to do this, you must sneak across roof tops, hug walls and distract enemies.

Although the game has a historical setting and serious narrative, it also has some lighthearted touches you expect from a Japanese developed game. For instance, you can use the back panel of the PS Vita to go into first person mode and throw sushi. The guards will spot it and marvel at its presence, giving you an opportunity to stab them through the heart (ninja-style).

The game isn’t the best looking on the system (it looks more PS2 than PS3), but the art direction is strong and reminiscent of early PlayStation Tenchu titles. The little touches are what really makes the presentation great, however. The game is filled with situational death animations. For instance, you will drown an enemy if you assassinate him near a stream. You can also throw an enemy off a bridge or stab an enemy through a sheet panel if you stop his shadow near the room divider.

The realism seems to be limited to your health, because I find it hard to believe any ninja ever had the arsenal of weapons and equipment at Zen’s (the main character) disposal. You can shoot a grappling hook to get leap onto rooftops, glide around like a flying squirrel, charge quickly through mid-air, and take down guards with a Splinter Cell: Conviction-esque special ability.

This Zanboku special attack comes in handy during hairy situations, but must be conserved since it takes a while to recharge. It takes even longer on harder difficulties. Another new feature to the series are the enemy presence icons located on the right-hand side of the screen. These grey oval icons represents an enemy within the area. It turns red when you are spotted, but you can also touch the icon for more information on an enemy.

The game is mission-based, with each one rewarding you fame within one of the game’s three factions. The stages themselves are reused with varying goals, so you can play the game in an effort to rebalance your standing. The game also has multiplayer but no details have been announced yet.

Shinobido 2 isn’t the type of game you buy a PS Vita for — it’s more like the game you buy alongside the “system seller” (still not sure that the Vita has one of those). It’s a neat game that makes good use of the hardware, even if the graphics aren’t cutting edge. As a fan of the Tenchu series, I’m going to be keeping an eye out for this one.
﻿